YouTube briefly terminated a popular live stream channel, creating one of the longest videos ever 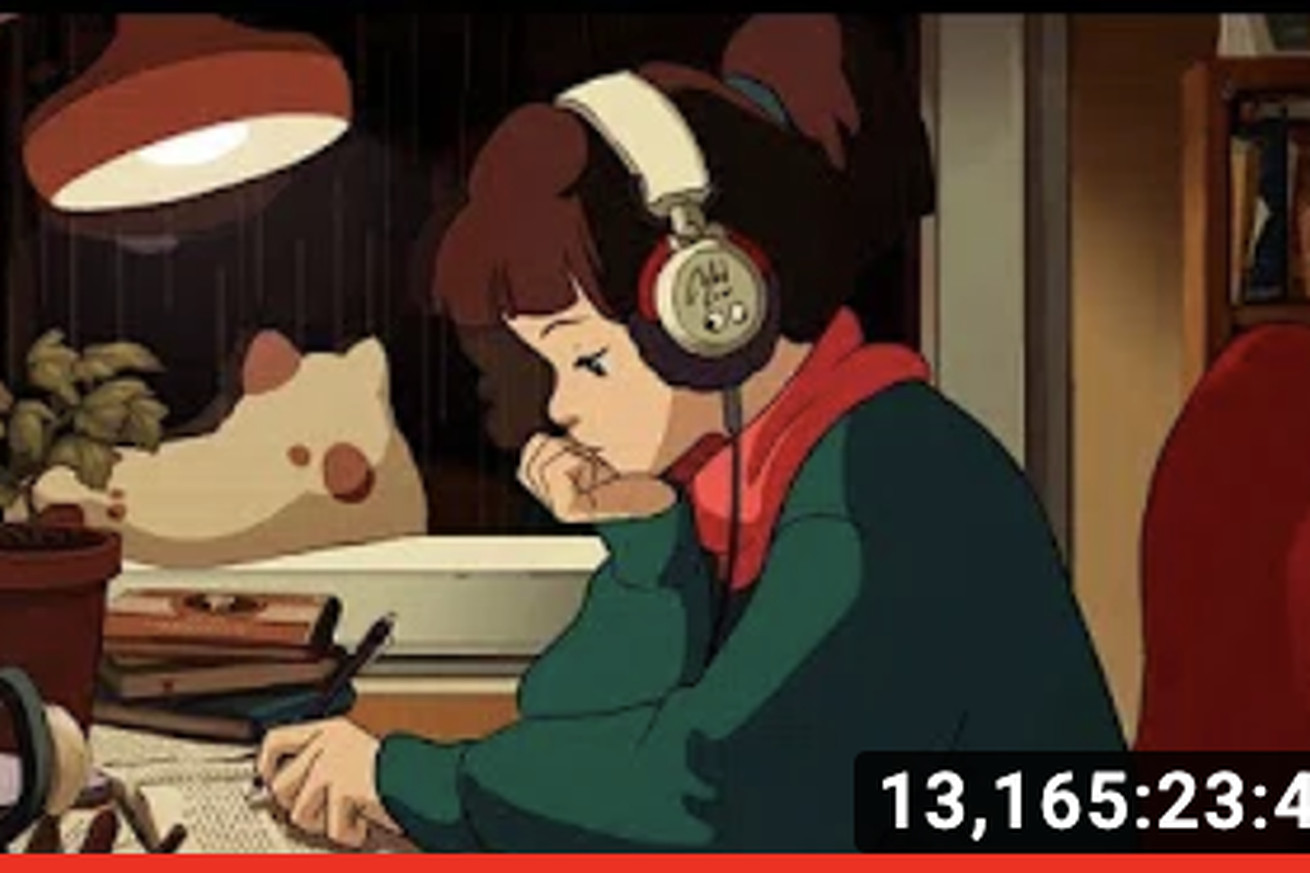 Most people know ChilledCow’s popular LoFi hip-hop channel as the constant live stream starring an anime girl doing her homework. Over the weekend, following a mistaken suspension from YouTube, the account was terminated, and the live stream came to an end. As a result, ChilledCow produced one of the longest videos in YouTube history — more than 13,000 hours — and amassed 218 million views in the process.

Less than a day after ChilledCow owner Dimitri received the notification from YouTube that his channel violated the company’s terms of service and was suspended, the violation was lifted. Dimitri started a new live stream, and the original live stream appeared as a non-playable video. Clicking on it brings up a message saying the “livestream recording is not available.” It’s a sort of homage to the original live stream, with the added bonus of showing just how many hours it accumulated over the years.

“My account has been unbanned, thank you from the bottom of my heart for the tremendous support, I’m grateful to have such an amazing community,” Dimitri tweeted on February 23rd under the official ChilledCow account. “I will launch the stream again as soon as possible.”

A statement from YouTube’s support account on Twitter confirmed that the termination was “a mistake on our side,” adding that they’ve “shared feedback with our review team to prevent similar errors from happening in the future.” This isn’t the first time that ChilledCow’s live streams have gone down, however. ChilledCow’s popular 24/7 live stream went down between July and October 2017, just a few months after the live stream started. The issue, like most things on YouTube, came down to copyright.

“My account has been unbanned, thank you from the bottom of my heart for the tremendous support.”

ChilledCow originally used a GIF from Studio Ghibli’s Whisper of the Heart, which showed a young woman doing her homework. The GIF eventually led to ChilledCow’s channel receiving a copyright takedown request. When the channel returned months later, the character was replaced with a copyright-free version of a different woman that Dimitri could use without worrying about his account being hit by a company like Studio Ghibli.

It’s not just ChilledCow, either. Another LoFi hip-hop channel, Chillhop Records, underwent similar problems in February 2018. Chillhop Records also runs a 24/7 live stream and, like ChilledCow, it used a GIF of a woman from an anime doing homework. The channel received a copyright strike from Studio Shizu for using its character from its feature film Wolf Children.

Channels like ChilledCow and Chillhop Records operate in a gray zone on YouTube. They work with artists to use their songs on the live stream, but they don’t own all of the music that runs on their channels. YouTube is notorious for its ContentID program, which allows studios and record labels to crack down on channels using their songs without permission. Big channels like ChilledCow and Chillhop Records either get permission from artists or use songs from their own labels, but there’s always a possibility that someone will issue a takedown request.

Perhaps the best part of channels like ChilledCow and Chillhop Records, however, are the communities. Bas van Leeuwen, the founder of Chillhop Records and owner of the YouTube channel, told Polygon in 2018 that being able to build a community for people to come hang out in the live stream chat while they do their homework, chores, or just hang out online was one of the more fascinating parts of launching the live stream.

“It’s interesting to see how people meet each other’s needs in a community like that,” van Leeuwen said. “It’s good to see, it’s also good to see the messages when it got taken offline to see just how much people care about it.”

It’s because of their community sizes that account suspensions are noticeable, sending a ripple effect through the fan base on Twitter and Discord. When ChilledCow’s channel went down, people on Twitter started paying their respects and bemoaning the loss of their favorite “study group.” Some pointed out that, after two years of studying, the girl in the video finally finished her homework.

ChilledCow is back — for now. There’s always a chance the live stream could be mistakenly taken down again in the future, despite YouTube’s efforts to fix the issue. At least for a short period of time, the tired anime girl that viewers came to know as their constant study buddy finally took a break.