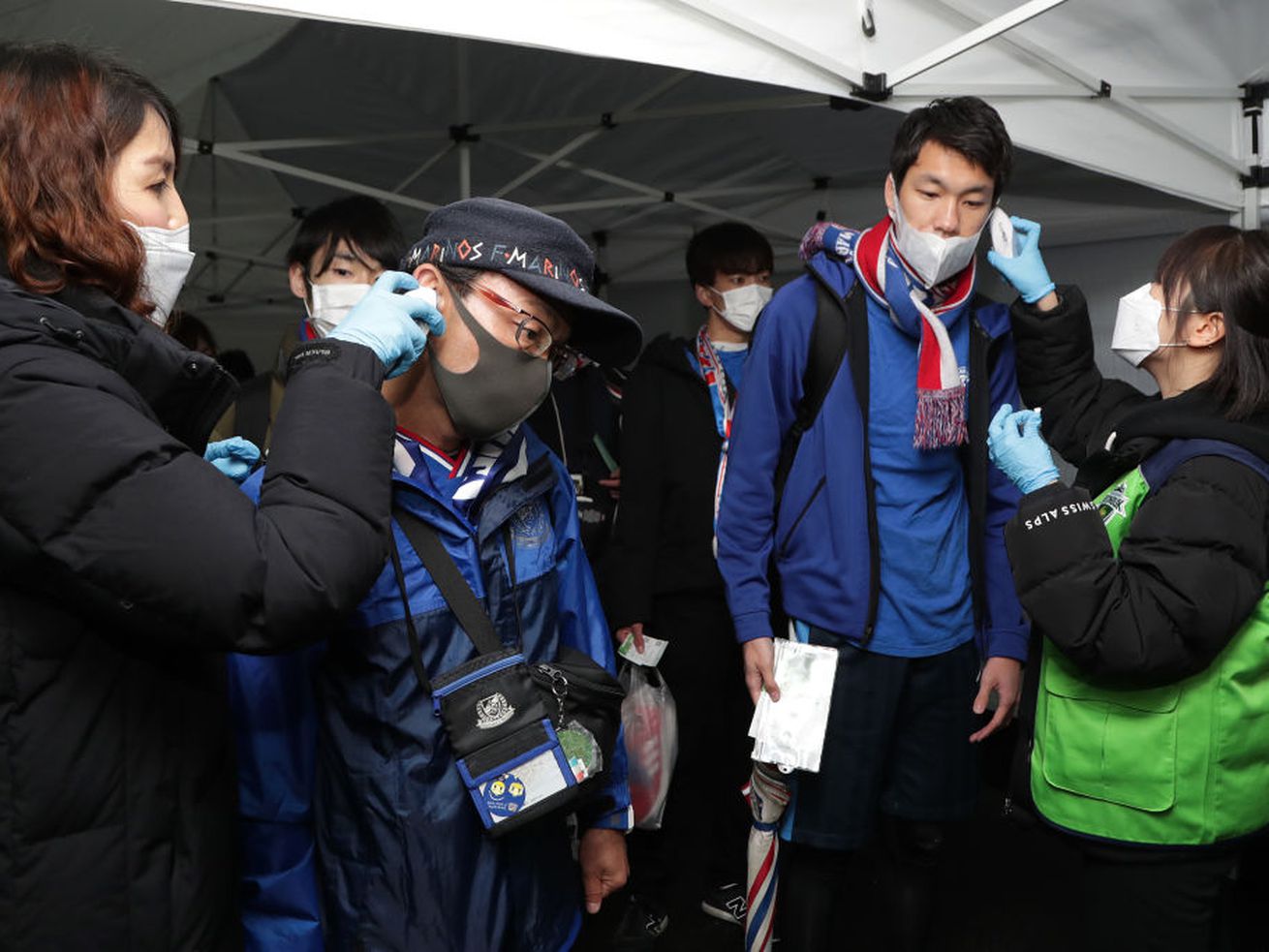 Sports fans in Jeonju, South Korea, are tested for signs of the coronavirus ahead of the AFC Champions League Group H match at Jeonju World Cup Stadium on February 12. | Han Myung-Gu/Getty Images

Without the mortality rate, it’s hard to decide how to respond and prepare for a worsening outbreak.

As the coronavirus continues to spread in China, and countries like Singapore and South Korea face their own local outbreaks, we are at a critical decision point. Should the international community continue to put most of its resources into containing this virus, or should we switch to a focus on national preparedness for and response to a disease that we think is likely to spread globally?

It’s an extremely tough call, especially without better information on what proportion of people die from this new disease.

The emergence and rapid spread of this novel coronavirus has prompted unprecedented actions by public health authorities around the world. In an attempt to control the spread, Chinese officials have restricted the movement of approximately 50 million people in several major cities through cordons and suspension of public transportation. Russia and the Philippines, among others, have shut their borders to Chinese nationals. US officials are quarantining returning US travelers from the most affected area of China and are preventing foreign travelers who have recently visited China from entering the United States.

These unprecedented actions are motivated in part by uncertainty about the seriousness of this coronavirus outbreak: Six weeks in, we still don’t know what proportion of people who get infected will die from the disease.

The mortality rate, known to epidemiologists as the “case fatality risk,” is vital for assessing the possible impact of an outbreak. Unfortunately, most of what has been reported about the mortality rate of the novel coronavirus is wrong.

Many media reports simply compare the total reported number of deaths with the overall reported number of cases. This is, intuitively, the fraction of people who die from the disease. But early in an outbreak, this type of simple calculation is often misleading.

The first cases identified in an outbreak are typically people who are quite ill, which is how their disease comes to the attention of health authorities in the first place. For this reason, early mortality rates estimated from only those early patients who require medical care will be high.

Later in the outbreak, as physicians and epidemiologists get better at identifying cases, the opposite problem emerges. As the outbreak grows, more people are diagnosed each day than were diagnosed a week ago, meaning that most people are still in the midst of their illness. Mortality estimates that include those people who do not have an outcome yet will undercount the mortality rate.

For example, many outlets are reporting that the mortality rate of COVID-19 is around 2 percent, because 1,017 of 42,708 cases in China have died. But of those 42,708, about half were diagnosed just in the last seven days and are likely still experiencing symptoms, so their outcome is not yet known.

Throughout any outbreak, there is a third, more difficult problem with estimating the mortality rate. For every person who is sick enough to come to the attention of public health authorities, there are even more people who have only mild symptoms and never seek medical attention. Because we do not have a handle on how large that number is, we are not able to include those people in our estimates of mortality.

This phenomenon occurred during the 2009 H1N1 pandemic. Early estimates suggested a mortality rate of 3 to 4 percent — much higher than seasonal influenza (which is usually less than 0.5 percent). Absent more reliable information, public health officials prepared for a severe pandemic.

Over time, as more cases were diagnosed and patients were followed, evidence emerged that for every laboratory-confirmed case of H1N1 infection, there were more than 100 people who were infected but went undiagnosed. Mortality rate estimates for 2009 H1N1 eventually dropped below what is normally seen for seasonal influenza, so in the end, the disease was less deadly than early assessments suggested.

Despite these uncertainties, public health officials must do what they can to assess risk and make decisions about interventions. If the mortality rate is low, similar to a moderate flu season, for example, it would make the current dramatic efforts to “contain” and stop the outbreak through travel restrictions and flight cancellations less justifiable. If the mortality rate is high, then the risk to the public would be more serious and more aggressive efforts to stop the outbreak may be worth considering.

And even if the virus is not contained, it is still important to understand the mortality rate in order to determine appropriate resource allocation: The higher the mortality rate, the greater the resources that will be needed to support the US health care system.

Right now, US public health officials and health care providers are focused primarily on identifying serious cases and treating those who become ill, which is exceptionally important. However, there is also a great need to understand the true mortality rate.

Through careful surveillance, the international scientific community should be devoting significant resources now toward uncovering mild cases of the disease to understand the true incidence of asymptomatic infection. Without this data, we will continue to guess at the severity of this outbreak, greatly hampering quality decision-making and evidence-based resource allocation.