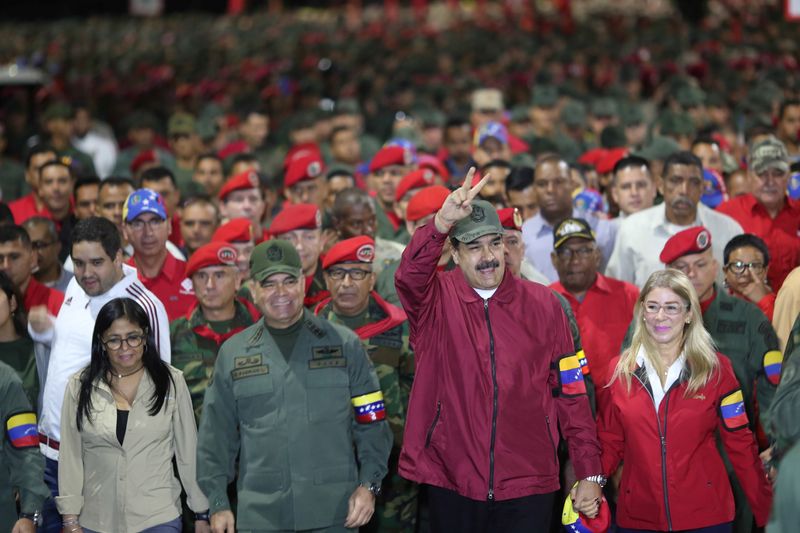 CARACAS (Reuters) - Venezuelan President Nicolas Maduro on Wednesday authorized local companies to issue securities in hard currency, amid a broad liberalization of an economy that was for years hemmed in by stringent socialist controls.

The change comes on the heels of a share offering by rum distiller Ron Santa Teresa that was meant to take advantage of Maduro's unexpected liberalization of the economy last year.

"The other important thing that has been proposed is legal authorization for companies to issue securities in foreign currency ... approved!" said Maduro during a televised broadcast.

The company's leaders had said they were seeking permission to issue shares in dollars.

They form part of a group called "Optimists Anonymous" made up of executives and investors who think businesses will become profitable under Maduro's new approach to the economy.

In response, at least half a dozen Venezuelan banks have begun storing in vaults millions of dollars and euros accumulated in cash by businesses, according to sources.