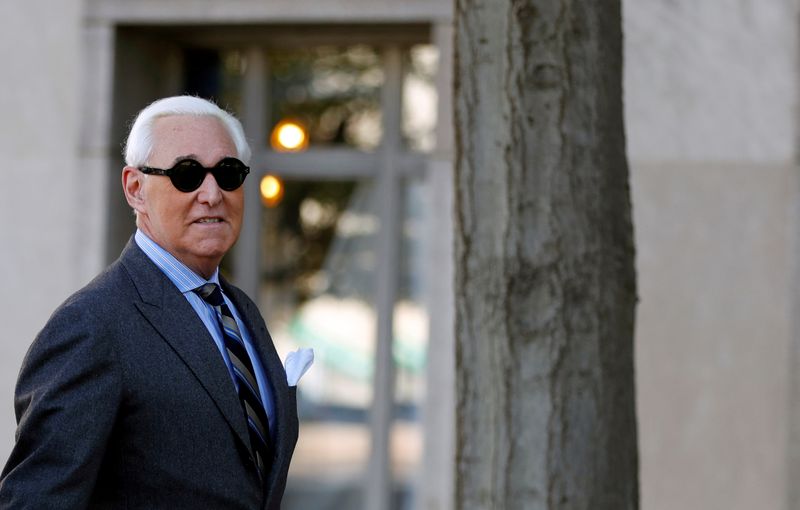 WASHINGTON (Reuters) - A federal judge has rejected a request by U.S. President Donald Trump ally Roger Stone for a new trial, according to a court filing released on Wednesday, a day after a Justice Department reversal over sentencing prompted prosecutors to resign from the case.

U.S. District Court Judge Amy Berman Jackson, in a Feb. 5 order, said the Republican operative's lawyers had "not presented grounds for a new trial ... or any reason to believe there has been 'a serious miscarriage of justice.'"