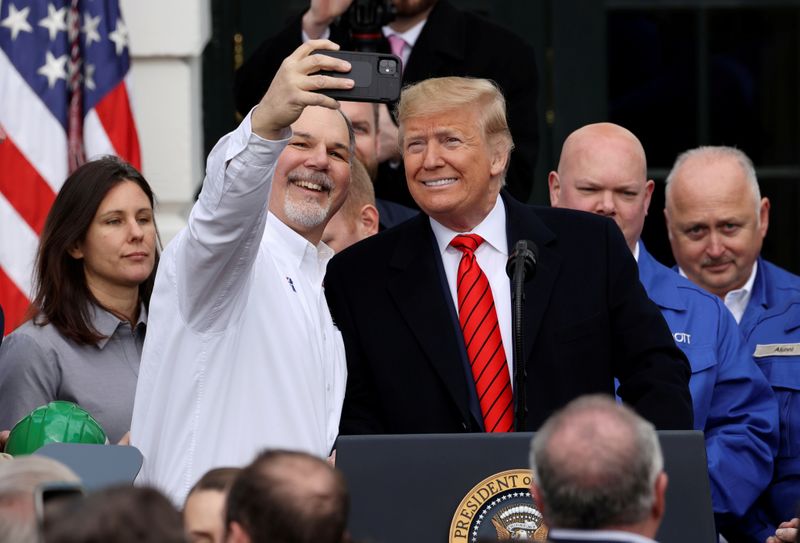 WASHINGTON (Reuters) - U.S. Energy Secretary Dan Brouillette said on Friday that Canada and Mexico could help export U.S. coal to Asia to get around the blocking of shipments by West Coast states concerned about the impact of the fuel on climate change.

Brouillette said he expects the two U.S. neighbors will offer opportunities to export coal in talks that could be facilitated by the new North American trade agreement, the United States-Mexico-Canada Agreement, or USMCA, that President Donald Trump signed last month.

"That’s why the USMCA was so important," Brouillette said at an Atlantic Council event in Washington. "We hope to work more collaboratively with both Mexico and Canada to find export facilities to get the coal from Wyoming," and other states in the U.S. West to Asia and other global markets.

Wyoming is a top U.S. coal producing state, but its exports have been hampered.

The states of California, Washington and Oregon have blocked permits for coal ports on concerns about coal's impact on climate change. Some U.S. lawmakers have complained about a lack of environmental standards in the USMCA.

"Nonetheless it's not going to prevent the administration from working with our colleagues in Canada and Mexico to look for those types of opportunities," Brouillette said.

He said he met with Jason Kenney, the conservative premier of the Western Canadian province of Alberta, on Thursday. "We had a very wide ranging and extensive conversation about that very topic. I think there is a lot of interest in doing this on the part of the Canadians," he said.

The West Coast Canadian province of British Columbia already exports some U.S. coal. If there was an agreement between Washington and Ottawa to boost shipments, the coal would likely be sent through Alberta to a port in British Columbia.

Trump's administration has been trying to help coal mining companies which are suffering amid a glut of cheap natural gas. U.S. coal-fired electricity output last year fell to the lowest level since 1975.

Brouillette said the Energy Department will direct up to $64 million in funding for research and development into more efficient coal plants. Brouillette also said some types of coal could be processed to remove minerals for electric batteries that are in demand for electric vehicles and storing renewable power.