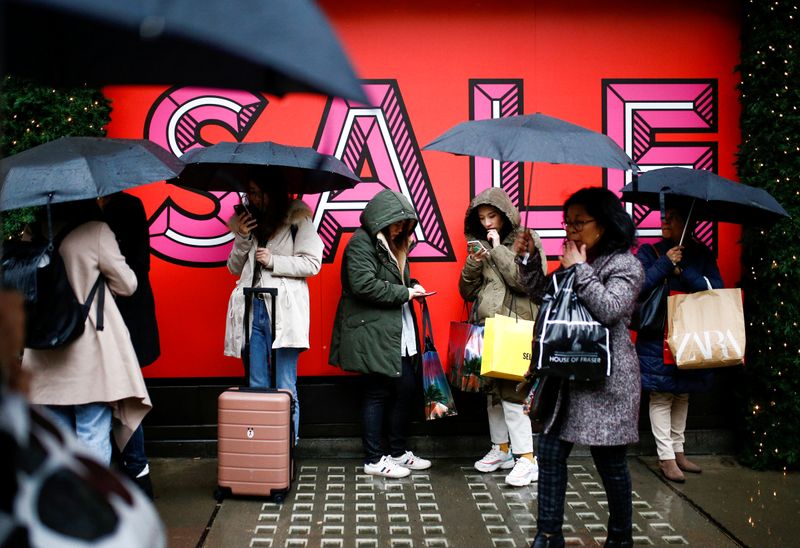 There have been signs of a pick-up among companies since Johnson's Dec. 12 election victory, which cleared up the short-term uncertainty about Brexit and ended the possibility of a big shift in economic policy under the opposition Labour Party.

Last week, the Bank of England held off on cutting interest rates as it waited to see if the improved confidence among companies translates into a broader economic recovery.

Until now there has not been a sign of a similar shift among consumers. Their spending helped Britain's economy weather its Brexit slowdown but shoppers turn cautious in late 2019.

BDO warned that the January sales surge might not last.

"This may be a false dawn in terms of a high street recovery," Sophie Michael, national head of retail and wholesale at BDO, said.

There were signs that retailers were sitting on high levels of stock and that buying orders had fallen again, suggesting that discounting was driving sales, Michael said.

"February will show whether consumer confidence has got a toehold in some kind of recovery for retail," she said.