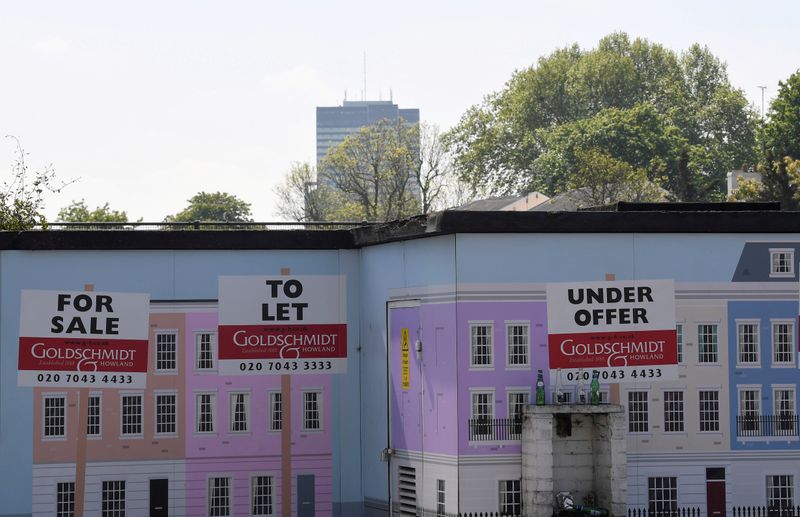 LONDON (Reuters) - A gauge of how Britons feel about their household finances hit its highest level on record this month, the latest sign of a confidence bounce since Prime Minister Boris Johnson's decisive election win in December.

The IHS Markit Household Finance Index jumped to 47.6 in February from 44.6 in January, the highest index reading since the survey began 11 years ago.

"Our latest Household Finance report signals a number of developments that should keep the Bank of England doves at bay and build optimism toward the UK's immediate economic prospects," Joe Hayes, an economist at IHS Markit, said.

The BoE last month decided not to cut interest rates as it saw early signs of a recovery in the economy after a slowdown in late 2019.

BoE Governor Mark Carney told Reuters last week that there had been a bounce in business confidence and to "some extent a firming of consumer confidence."

Johnson's election victory ended uncertainty about whether Britain would leave the European Union on Jan. 31 and meant no political shift to the left under the opposition Labour Party.

The IHS Markit survey showed households expected a further slowing of inflation and a pick-up in house prices while worries about job security eased.

However, the proportion of respondents expecting a rate cut by the BoE rose to 27%, its highest since the last time the central bank cut borrowing costs in August 2016. The share expecting a rate hike in the next 12 months fell to 49% from 58% in Rightmove's January report.

Earlier on Monday, property website Rightmove said asking prices for British houses put on sale extended a rise which began after the election.