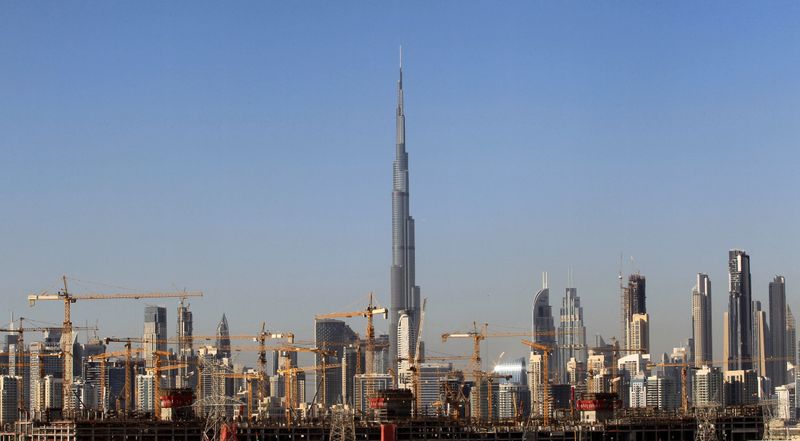 The central bank said the UAE economy grew 1.3% in the fourth quarter from a year earlier, slowing from a pace of 2.9% in the third quarter.

The International Monetary Fund expects the UAE economy to expand at 2.5% in 2020 as oil producers will be hit by output cuts following the decision by OPEC and non-OPEC producers in December to extend supply cuts.

The UAE central bank report also said property prices in Dubai fell by 7.0% in the fourth quarter from a year earlier, compared with an 8.2% drop in the previous quarter.

"The Dubai market continues to exhibit decline in rent due mainly to excess supply," it said.

Property group Knight Frank said in a report earlier this month that a total of 62,500 residential units are scheduled to be completed this year in Dubai, the biggest number of new units since 2008.

For Abu Dhabi, the central bank said residential property prices fell 7.5% in the fourth quarter from a year earlier, moderating from a drop of 8.2% in the third quarter.