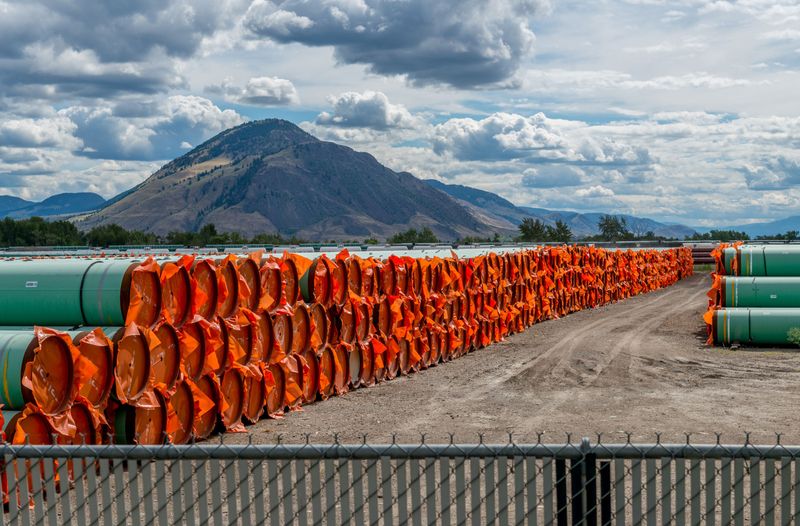 Trans Mountain Corporation CEO Ian Anderson said the increase was due to court and regulatory delays, rising costs of steel, land, labor and security, and accommodations for indigenous groups who had raised concerns.

The company decided to use thicker steel than it had previously planned for sensitive areas such as water crossings and changed its construction techniques to protect places that may have indigenous artifacts.

"As we moved on, it gets costlier and costlier," Anderson said on a conference call. "Time is money, market conditions have changed."

Even so, the expansion will be profitable from the first day it operates, he said. Its in-service date is now expected for December 2022, delayed from the previous estimate of the third quarter of that year.

The project will twin a 67-year-old pipeline and nearly triple capacity to 890,000 barrels per day moving from Alberta to a Pacific coast port near Vancouver. It is one of several pipeline projects that have been delayed due to opposition from environmental activists and indigenous groups, forcing the Alberta provincial government to order production curtailments.

Anderson said 13 committed shippers, which include oil producers Suncor Energy and Canadian Natural Resources Ltd and refiner BP (LON:) Plc, will share between 22% and 25% of the cost increase through higher tolls under agreements lasting as long as 20 years. The new cost estimate includes C$500 million for contingencies.

Canada's Federal Court of Appeal on Tuesday dismissed a challenge to government approval of the Trans Mountain expansion, clearing some uncertainty from the project.

In 2018, Ottawa bought the pipeline for C$4.5 billion to ensure expansion proceeded. Anderson said he was not aware when the government plans to sell Trans Mountain to private buyers, or how the higher cost would affect interest.

Asked about its future sale, he said the government had not yet determined the best time to sell the project back to the private sector.

"There are no processes going on in terms of an active sale process," Morneau said, adding government consultations with indigenous groups are ongoing.