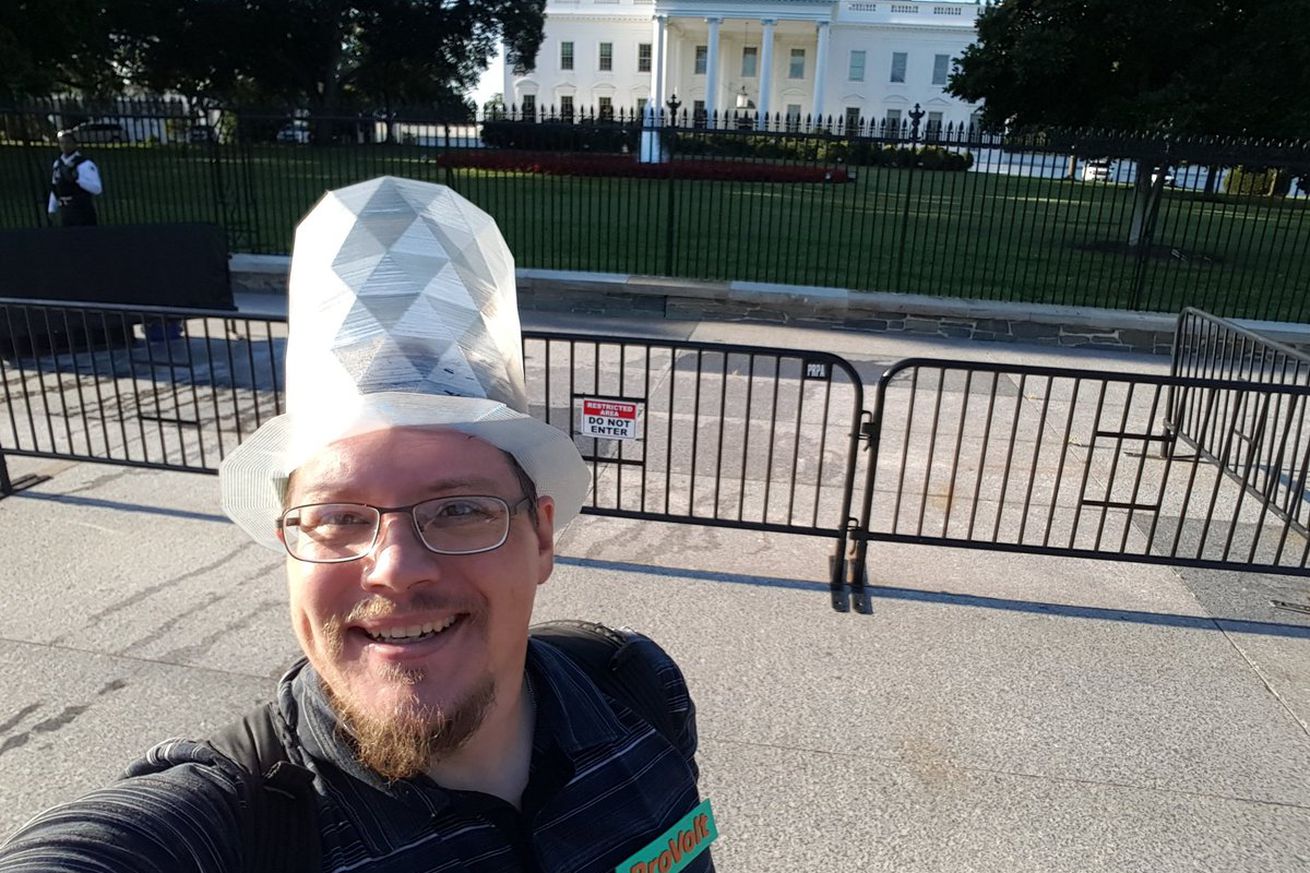 Last November, a small Wisconsin company named Murfie, which streamed and stored thousands of people’s personal CD and vinyl collections, suddenly went defunct, leaving customers to wonder if their personal collections would be lost forever. Now, after months in the dark, it’s been announced that Murfie’s assets have been purchased by a startup named Crossies, with the intent of moving the collection to a newly obtained warehouse in Arkansas.

Except, Crossies isn’t a well-established, stable company that’s ready to return all of those discs. It’s mostly just one guy named John Fenley who purchased a giant warehouse in Arkansas.

Fenley has an eccentric resume. He ran a 400-square-foot makerspace in his hometown of Provo, Utah. He registered the website Itanimulli.com (that’s “illuminati” spelled backward”) and pointed it to the National Security Agency. He protested the blockchain asset company NEM, claiming it took a bunch of his money. He once ran for mayor of Provo on the platform of disincorporating the city. And he founded Crossies over a decade ago, with the intent of storing and streaming customers’ music collections. But investors weren’t interested, so it never went anywhere — until now.

Purchasing Murfie was seemingly a split-second decision for Fenley. After reading about the company’s disappearance on The Verge, he contacted Murfie’s investors and flew out to Madison. “I saw the article, and I immediately bought a plane ticket to Wisconsin,” Fenley told The Verge back in December. He went back and forth with Murfie’s investors for weeks, threatening to back out if they stalled the deal.

“I saw the article, and I immediately bought a plane ticket to Wisconsin.”

Finally, after about a month, Murfie’s investors agreed to sell. Fenley purchased Murfie for only $6,000 plus $2,000 for Murfie’s attorney’s fees, according to the agreement obtained by The Verge. In total, he says the endeavor has cost him about $25,000 so far.

Murfie’s 930,000 discs are still sitting in its Wisconsin warehouse. No one’s been inside since the landlord changed the locks some time ago, but Fenley says he’ll have access “shortly.”

When it launches, Crossies is supposed to offer essentially the same service that Murfie did. It will digitize people’s audio CDs for high-fidelity cloud playback. Customers will mail in their collections, Crossies will rip them to the cloud, and if subscribers keep paying a storage fee, Crossies will hold on to their physical collection and let them buy and sell with other users.

Murfie ran that exact service for nearly a decade. But one day, without warning, Murfie customers found the website went offline. They could no longer stream their music, and everyone previously involved with the company, including its last CEO, had washed their hands of the operation. Customers had no idea what had become of their music collections, and they were unable to get in touch with the company to get their albums back.

Fenley says he’ll return the missing discs to those who ask. He emailed Murfie customers on January 29th, saying that “no discs have been, or will be, disposed, misallocated, purposefully destroyed or harmed in any manner.”

Those interested can start paying Crossies to continue their service, Fenley writes. He promises there will be “little functional difference” and that the pricing structure, while different, will be affordable. “The service will have some new components and options, but your discs are still your discs, and your music is still your music.”

It’s not clear how soon the operation will be up and running, though — mostly because there isn’t one. Despite coming together over the past decade, the company and its technology to stream music don’t appear to exist yet. The operation is just Fenley and his dad, and it’s not clear if they plan — or have the money — to hire additional help.

Just bought a container. Getting ready to move from #Provo Utah to #PineBluff Arkansas. I'm so excited about the possibilities in the absolutely ENORMOUS space we are getting there. 220,000 sqft is so huge it feels like a dream. It will be the largest #Makerspace in the world. pic.twitter.com/3L6WazAAkf

Utah-based Fenley was already in the process of purchasing a warehouse when he became aware of the situation with Murfie. Looking to expand the footprint of his small makerspace in Utah, he bought a space about 40 minutes south of Little Rock, Arkansas — more than 1,000 miles away — in order to build “the world’s largest makerspace.” He figures he can also use it to store the newly obtained Murfie inventory.

In a YouTube video posted last year, Fenley showed off the warehouse. It’s been abandoned for 15 years, and he admits it needs some sprucing up. “There’s water leakage in some places, and the power is not turned on yet,” Fenley tells The Verge, “So there will be some prep work needed to get things there, but then I should never have to move that media ever again.”

Fenley has no employees. He’s running Crossies by himself, with some help from his dad. He says funding for the Murfie acquisition and warehouse is coming from money made through real estate dealings in Utah, along with some of his family’s personal savings. “I’m probably one of the most frugal people you’ve ever met,” he says. “I’m riding the bus around here in Madison. I didn’t rent a car. I feel like I know where to spend money and this is a place that needs some money spent.”

Although Fenley doesn’t know how long it will take to get the warehouse and Crossies fully operational, he wants to be transparent with customers through the entire process. The website is up, and Fenley hopes customers will be able to log in by the end of the week, though “streaming access may take a little longer to get running.” He also says a webcam in the warehouse will let people check in on the renovation progress.

After the deal was struck, Allen Dines, executive advisor for the Murfie investor WISC Partners, reached out to The Verge. “As can be seen from the alarm and concern expressed by Murfie customers, music ownership is still important at least to some people,” Dines wrote. “I like to think that people find more joy from the music they cared enough about to actually purchase than they ever could from music they simply clicked on to add to their Spotify favorites.”

Fenley is confident he can succeed where Murfie failed, in part because he owns his storage facility and plans to spend less on cloud storage. “I think I can spend less than five percent of what they were burning because of the way I’m building things,” says Fenley. “I can help make this right.”