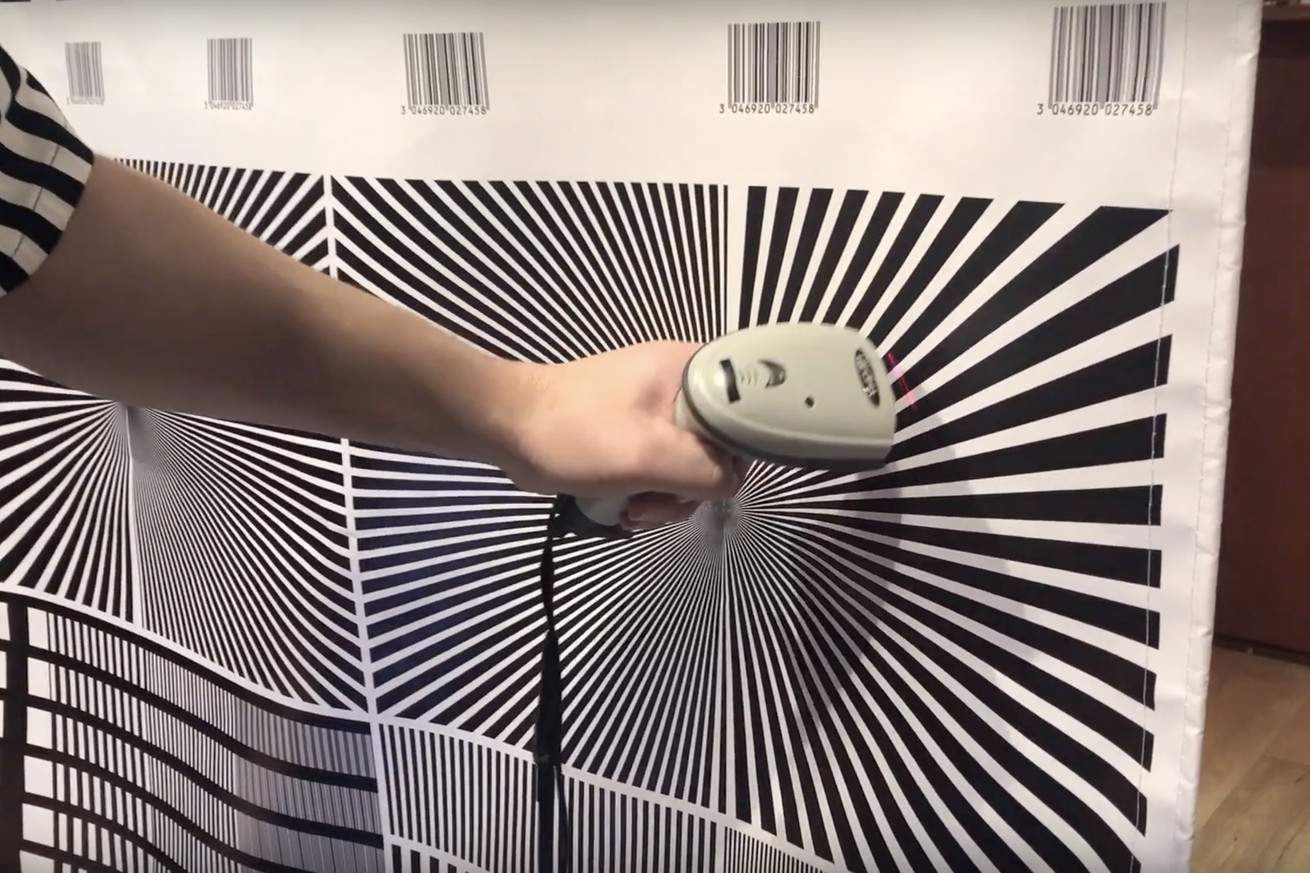 Every so often, a tweet goes viral showing someone making a beat by wielding two barcode scanners in front of a sheet of assorted line patterns. It’s like cyberpunk grocery checkout with a dash of Aphex Twin, and over the years, these videos have racked up millions of views, shared by the likes of artists like Shawn Wasabi and club culture tastemaker outlet Boiler Room. But I’m always shocked that the clips largely stay constrained to the circles of social media and Reddit.

The other week, another one of these videos went viral (it has 1.9 million views on Twitter at the time this article was published), and I gave in. I had to know two things: who is behind this barcode techno, and how do they make it work?

The barcode player in the video is Ei Wada, aka Crab Feet, a Japanese artist and musician who rebuilds old electronic appliances into musical instruments. He’s participated in an orchestral project using 20 reel-to-reel tape recorders, provided music for 11 Issey Miyake Paris shows, and created art, music, and tech group Electronicos Fantasticos. The barcode project was made under that group’s umbrella back in 2018, and they’ve been performing iterations of it ever since.

As far as how it works, Wada doesn’t provide much other than saying that the barcode scanners are modified and generate sounds by connecting scanned signals “directly to the audio terminal to output sound.”

The printed backdrop doesn’t have barcodes in the traditional sense since a barcode is a pattern of black and white bars of varying thickness. Usually, the sensor in a scanner interprets reflected light from barcode lines, turns it into a bit of text a computer can understand, and then the barcode system emits a beep to confirm a successful scan. The boxes seen in the Electronicos Fantasticos video include barcodes as well as things like starbursts and low-contrast patterns.

Over on Reddit, users surmise how the scanners read values in order to morph the sound. Parameters like the pitch and speed appear to be controlled by various actions, like moving closer or farther away, how fast the scanners move, tilting the scanners, and aiming them at different blocks of patterns. As user xix_xeaon says, “ELI5: You can think of the images as sound samples, and the scanners are controls to play certain parts of the sounds with various different settings.”

Aside from all of the barcode-inspired stuff, Wada’s also turned small CRT televisions into ukulele-type instruments, modded a reel-to-reel tape recorder into something resembling an accordion, and flipped a factory fan into a bass guitar.

Honestly, regardless of how the barcode scanners work, I adore old repurposed tech, and perhaps even more, Wada’s description of the project. “In the future, barcode readers will be connected not only to cash registers but also to speakers,” he writes. “DJs with daytime cash register and barcode at night. The next level of cash register!”