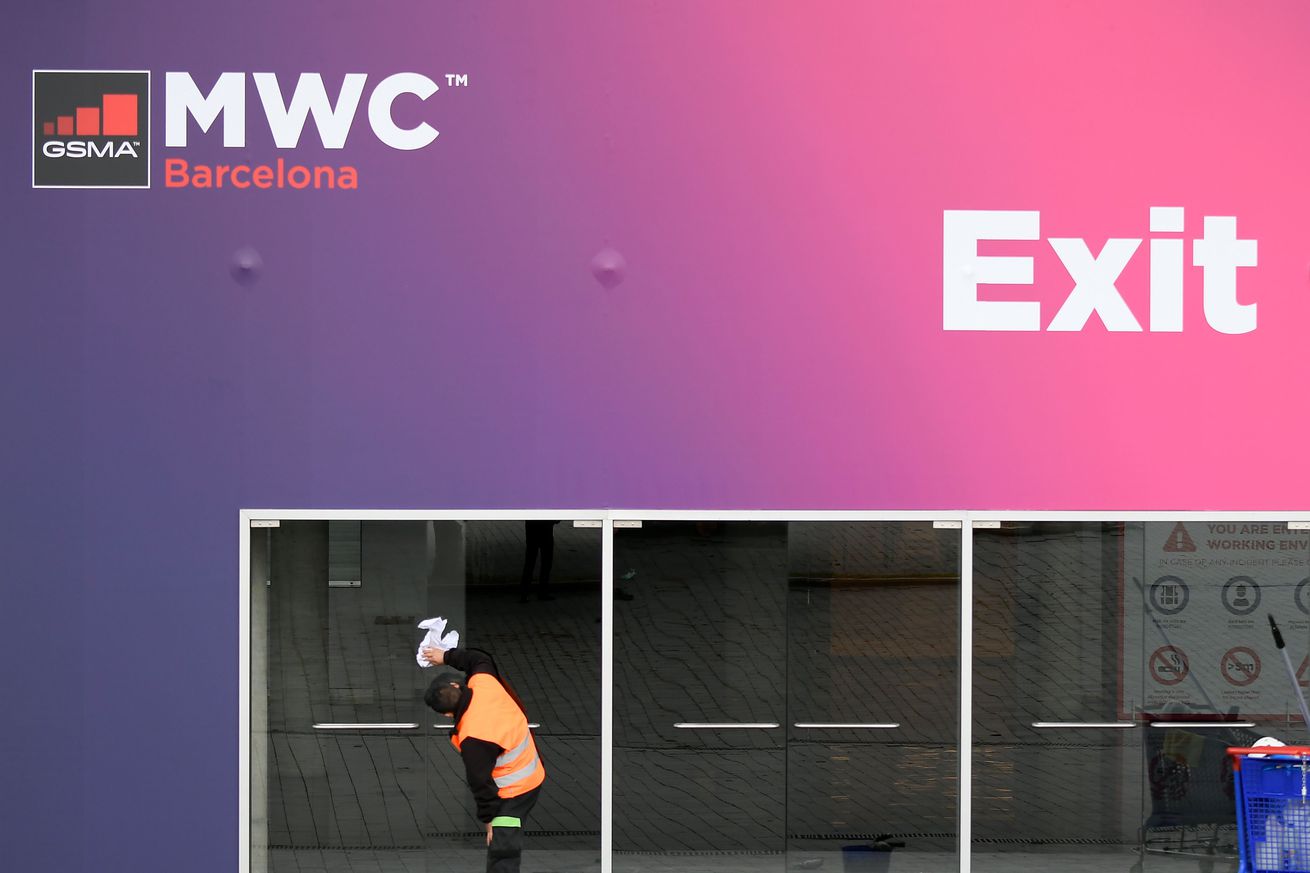 The biggest news of the day yesterday is that Mobile World Congress, the world’s biggest phone show, has been canceled due to coronavirus concerns. I actually heard it on national news briefings. MWC is usually only noticed by tech obsessed (me) and cell phone industry wonks, so it was weird to hear it discussed on NPR.

I’ve been tracking the various cancellations in the space over the past week or two and the number of companies backing out of the show just hit a critical mass.

One big consequence of this cancellation is that MWC gives Chinese phone makers their best shot at getting real and sustained attention from western media. It’s going to be a real hit to their business, but we don’t know yet how big. Obviously these phones will still be announced, but they’ll have a much harder time getting attention. There may be more impactful consequences down the line for the mobile industry: who knows what deals might have been made, for example.

Now the question is how (or maybe even if) MWC will recover. More and more tech companies have been doing their own events instead of waiting for conferences. Now, because of this, many companies are going to be forced to do their own events.

More news from The Verge

┏ The court let T-Mobile buy Sprint because Sprint completely sucks. Absolute must-read analysis from Nilay Patel. And by “analysis” I mean “cogent and insightful legal opinions on complicated issued put forth in such a way as to clarify what seemed confusing with crystal clear perspective.” No, that’s not right. I mean it’s true but what I really mean is “lots of jokes about this ruling that are way, way funnier than they have a right to be given the context.” It’s long but trust me five thousand: it’s worth it.

┏ Microsoft’s xCloud game streaming arrives on iOS with some Apple restrictions. Nobody needs to shed a tear for Microsoft or Google, but I still find myself at a loss to come up with uncynical explanations for Apple’s App Store and iOS app policies. Apple has instituted many limitations in the name of security and privacy sincerely, but increasingly I am not willing to give the benefit of the doubt.

You probably know Occam’s Razor, where the simplest explanation is usually the best one? It think it’s time to start thinking about whether we need another one. Maybe Cook’s Razor: if an Apple policy leads to protecting its services revenue, that’s why it really exists.

Apple’s policies, which Microsoft doesn’t reveal or explain, mean that only a single title will work with iOS devices. Halo: The Master Chief Collection will be available to the 10,000 testers whom Microsoft says it’s inviting to the preview. The app is also limited to xCloud, and does not include the Xbox Game Streaming feature that streams games from an Xbox console.

The startup was founded by Android creator Andy Rubin. While that initially drew hype and investment, it quickly turned backward on the company after a New York Times report drew attention to accusations of sexual misconduct against Rubin that allegedly led to him leaving Google. ... Essential was in the process of developing another phone called “Project Gem” with an unusual design. Rubin first teased the project in October 2019, but the company now says it has “no clear path to deliver it to customers.”

┏ The FTC is cracking down on influencer marketing on YouTube, Instagram, and TikTok. I am very, very glad to hear the FTC is focusing on the companies, not creators. That’s not to say I think it’s okay for creators to obfuscate their sponsorships at all. In fact I think that the level of transparency and disclosure has only started to get to an acceptable level in the last year or so. Nevertheless, putting fear into the companies is the best enforcement mechanism and I hope it works.

Influencers and online personalities are often given products for free by companies hoping to get some exposure. While some reviewers will disclose that detail, it’s often hard to tell when an endorsement is genuine, or if a review is coming from an undisclosed partnership. Now the FTC is cracking down, but the focus is on holding advertisers and companies accountable, not small influencers

While Twitch doesn’t have a clapping function that works as a donation, YouTube is leaning heavily into what works for Twitch’s streamer base. Donations are a big part of how Twitch streamers earn income (alongside subscriptions and ad revenue). YouTube is working on building a series of tools that operate as alternative monetization — something that benefits both creators and YouTube.

┏ Jeff Bezos bought the most expensive property in LA with an eighth of a percent of his net worth. Sometimes you just have to include a story because the headline is perfect. Bijan Stephen wrote that headline. Is Jeff Bezos an influencer? I mean you have to admit he is. Mostly, though, I am including it in this section because it amuses me to think that he could loan it out to LA-based creators as the ultimate TikTok house.

┏ Why Samsung’s 108-megapixel camera isn’t just a gimmick. Sam Byford comes in with a very well written, clearly explained story from a camera person’s perspective and language. He also includes examples from a current 108-megapixel phone, the Xioami Mi Note 10. If you want to know Samsung is doing with its camera, why, and what to look for as sample images start coming out, read this.

┏ Samsung’s Galaxy Z Flip beats the Motorola Razr in nearly every way. Here’s another video from yours truly. We brought a Razr into Samsung’s event and braved the dirty looks to bring you this head to head comparison. My Razr review will be posted up on The Verge and on YouTube later today. Keep an eye out for it!

Tech had actual fun today for once

┏ This Sony remote control for TVs is also a portable speaker

Sony’s new SRS-LSR200 remote control isn’t just elegantly named, it’s also a portable speaker with a 13-hour battery. That way you can take your television audio to the kitchen, toilet, or wherever you’d like it without having to blast the TV’s volume from across the house.

┏ Google brings emoji mashup stickers to Gboard on Android. These are amazing. Also amazing: Lil Nas X tweeted it with the perfect comment: “my time has arrived.”