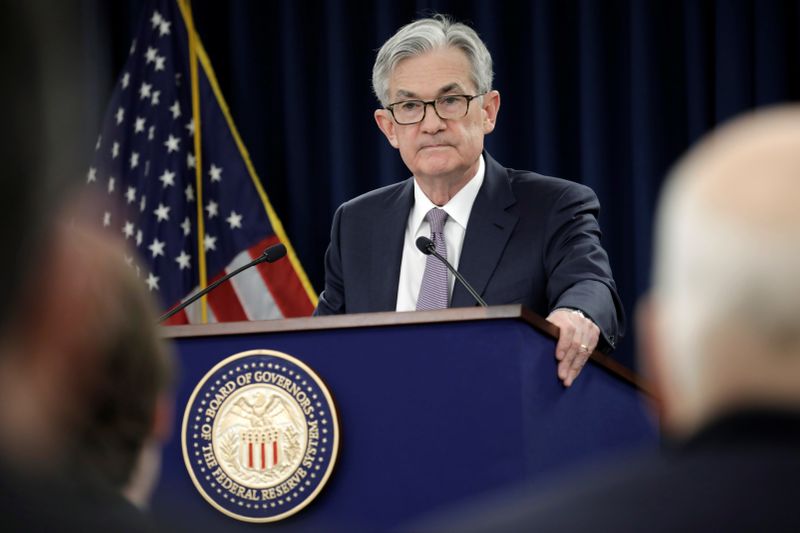 (Reuters) - U.S. Senate Democrats sent a letter this week to Federal Reserve Chair Jerome Powell asking about the steps the central bank is taking to calm money markets after a bout of volatility last fall.

Democrats in the Senate Banking Committee, including Sherrod Brown and Elizabeth Warren, queried Powell about the liquidity shortage that led to a spike in short-term borrowing rates. Questions included whether Fed officials were considering relaxing liquidity standards to prevent another occurrence.

Powell is set to testify before the committee on Feb. 12.

A cash crunch in overnight lending markets led rates in the market for repurchase agreements, or repos, to jump to 10% in mid-September.

The U.S. central bank has been intervening in money markets since then by injecting billions of dollars of temporary liquidity into the repo market. In mid-October, the Fed began permanently boosting reserve levels in the banking system by purchasing $60 billion a month in short-term Treasury bills.

The Fed said last week, after the January policy meeting, that it planned to continue the repo operations through at least April and that the bill purchases could be reduced in the second quarter.

In the letter to Powell, Senate Democrats asked if Fed officials had discussed addressing volatility in the repo market by "weakening or otherwise altering" standards for liquidity, capital or other regulations.

Lawmakers also asked if it was possible that some firms had "refused to lend" in the repo market as a way to force a conversation about liquidity regulations.