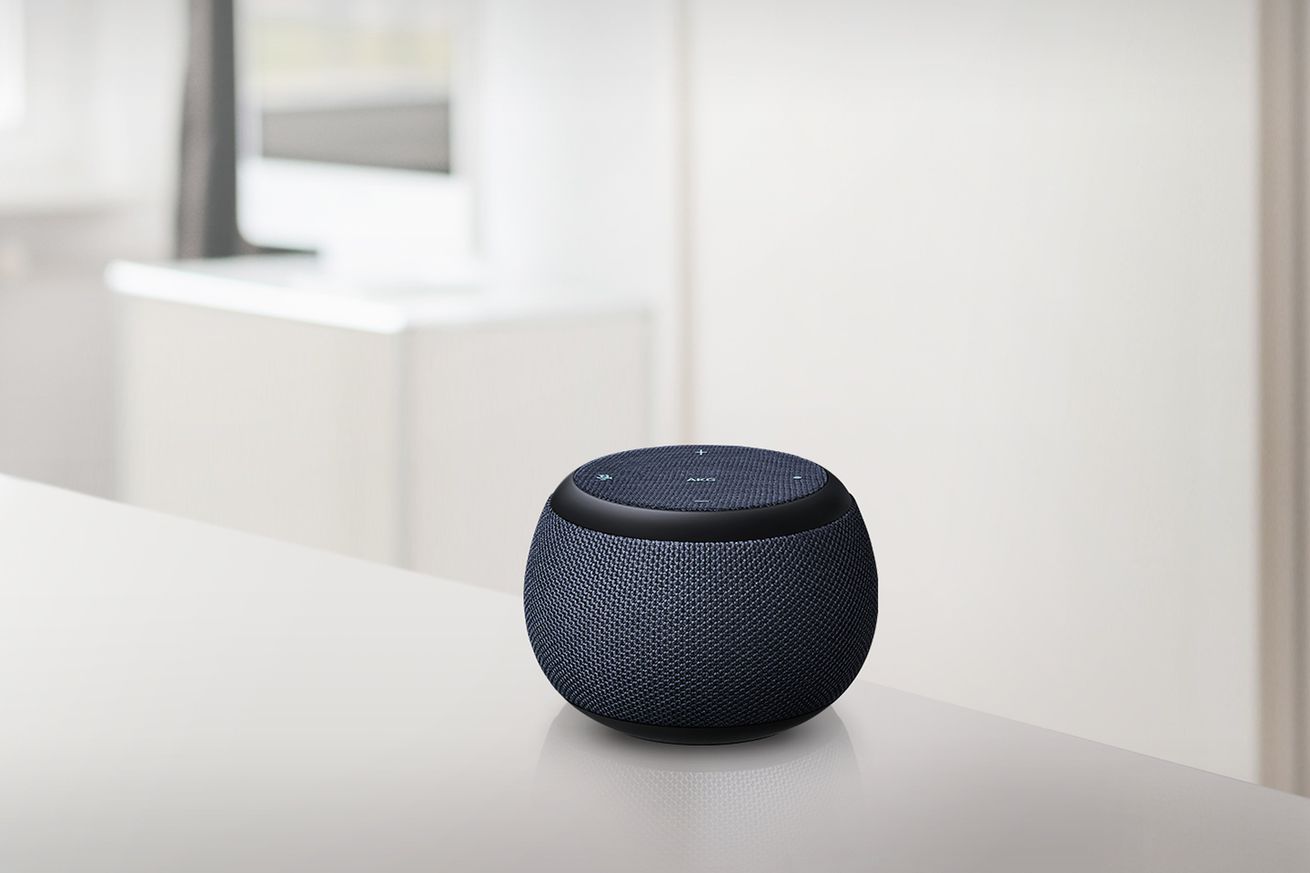 A whole host of images, videos, and screenshots of Samsung’s Galaxy Home Mini have been posted online by XDA-Developers’ Max Weinbach, giving us our most detailed look yet at Samsung’s unreleased smart speaker. In a page that was subsequently taken down, Samsung previously said the device will be released on February 12th, one day after its Galaxy S20 launch event.

In particular, the leak details the speaker’s IR blaster functionality, which can be used to control TVs, set-top boxes, and fans at a range of up to 40 feet. The IR controller isn’t entirely unique to the Galaxy Home Mini, after Amazon included it on its Fire TV Cube smart speaker and Fire TV Blaster accessory, but it should help the Galaxy Home Mini control devices beyond those that are SmartThings-compatible.

Otherwise, it looks like the Galaxy Home Mini will support many of the features we’ve come to expect from existing smart speakers, including playing music from Spotify, providing weather information, setting alarms, and providing news reports. The Galaxy Home Mini can be paired with another to provide better stereo sound, you can stream to the speaker over Bluetooth, and it can receive notifications from SmartThings devices.

The leak also includes some details on its potential limitations. The speaker doesn’t have a 3.5-mm line-out port, and it also appears to be powered over micro USB rather than USB-C, according to a picture posted of its underside. Weinbach also reports that the Galaxy Home Mini only supports 2.4GHz Wi-Fi, with no 5GHz connectivity in sight. Oh, and obviously the speaker uses the Bixby smart assistant, whose functionality generally lags behind what’s offered by Alexa and Google Assistant.

Samsung’s smart speakers have a bit of a weird history. The first Bixby-powered speaker, the Galaxy Home, was announced back in August 2018, but has since faced multiple delays and is still yet to be released. Then, seemingly out of nowhere, Samsung announced the smaller Galaxy Home Mini, which it said would launch early this year. Samsung’s Unpacked event kicks off tomorrow, February 11th, where we hope to see more.