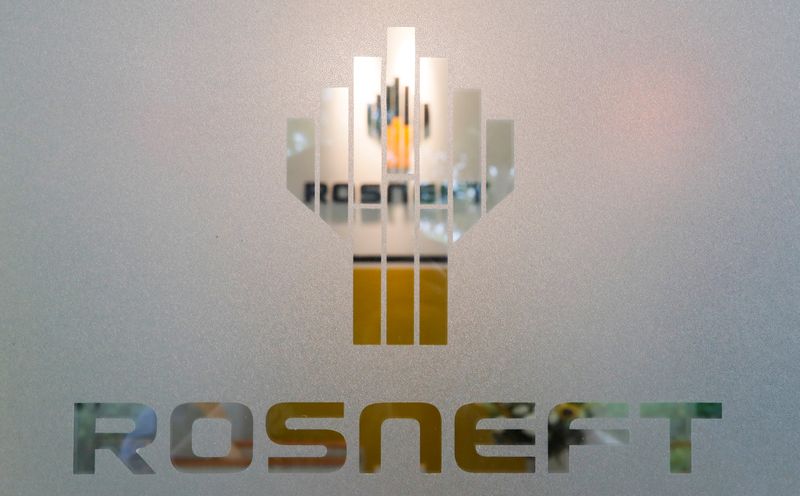 MOSCOW/LONDON (Reuters) - Russian oil major Rosneft is facing a logistical headache as several customers have demanded it immediately remove its Swiss trading division, sanctioned by the United States this week, from all supply chains, according to five trading sources.

U.S. officials have accused the Rosneft subsidiary of propping up the Venezuelan oil sector and engaging in ship-to-ship transfers to actively evade American sanctions.

Rosneft has said the unit's activities are legal and accused Washington of double standards because it allowed U.S. rival Chevron (NYSE:CVX) to work in Venezuela.

Washington has given companies 90 days to wind down transactions with RTSA but trading sources said several buyers of Rosneft’s oil have demanded the removal of the unit from supply chain immediately, saying that otherwise they may struggle to buy the oil.

"Logistically it is a major headache. You have to change many contracts," said a source familiar with Rosneft's operations.

Trading sources said that at the moment all oil purchases from Rosneft continue.

Rosneft did not reply to a Reuters request for comment on Friday.

The U.S. sanctions were meant to stop Rosneft Trading from shipping Venezuelan oil but trading sources said there are signs the sanctions are now complicating deliveries of Russian oil as companies try to avoid association with Rosneft Trading which does a significant part of its business in Europe.

Among examples of logistical complications, sources cited a tender re-issued on Friday by Rosneft to sell 1.2 million tonnes of fuel oil for March-May delivery from Russian ports. Reuters could not determine why Rosneft re-offered the volumes but RTSA had previously featured in the supply chain as a seller when the tender was first awarded last November.

Sources said RTSA is no longer identified in the re-issued tender. Documents for the new tender seen by Reuters show the seller as Rosneft, not its subsidiaries or affiliated companies including RTSA which were in the original document. Rosneft did not answer a question from Reuters about the tender change.

RTSA has been a regular seller of Rosneft's oil and products to most global major players, including European oil majors BP (LON:BP) and Royal Dutch/Shell, U.S. majors ExxonMobil (NYSE:XOM) and all top trading houses including Glencore (LON:GLEN), Vitol and Trafigura.

"The main objective now is to change the chains and get every mention of RTSA removed", said an executive with a major trading house which is buying from Rosneft.

"Our compliance asked to avoid any new dealings with RTSA starting Feb. 18", a source in another trading firm said.

RTSA was also a major supplier of oil to Rosneft's German refinery and the firm is working on changing those arrangements too, sources said, to ensure its German partners are in compliance with the U.S. sanctions.

One of the sources said Rosneft will need to decide what to do with its office in Geneva and then sign new deals with bank-lenders and shippers.

"The new company has to be registered abroad, work with banks, be able to handle oil supplies to refineries and have no relation to RTSA. No easy solution here", a source said.