Robo Revenge helps you get paid to take down robocallers 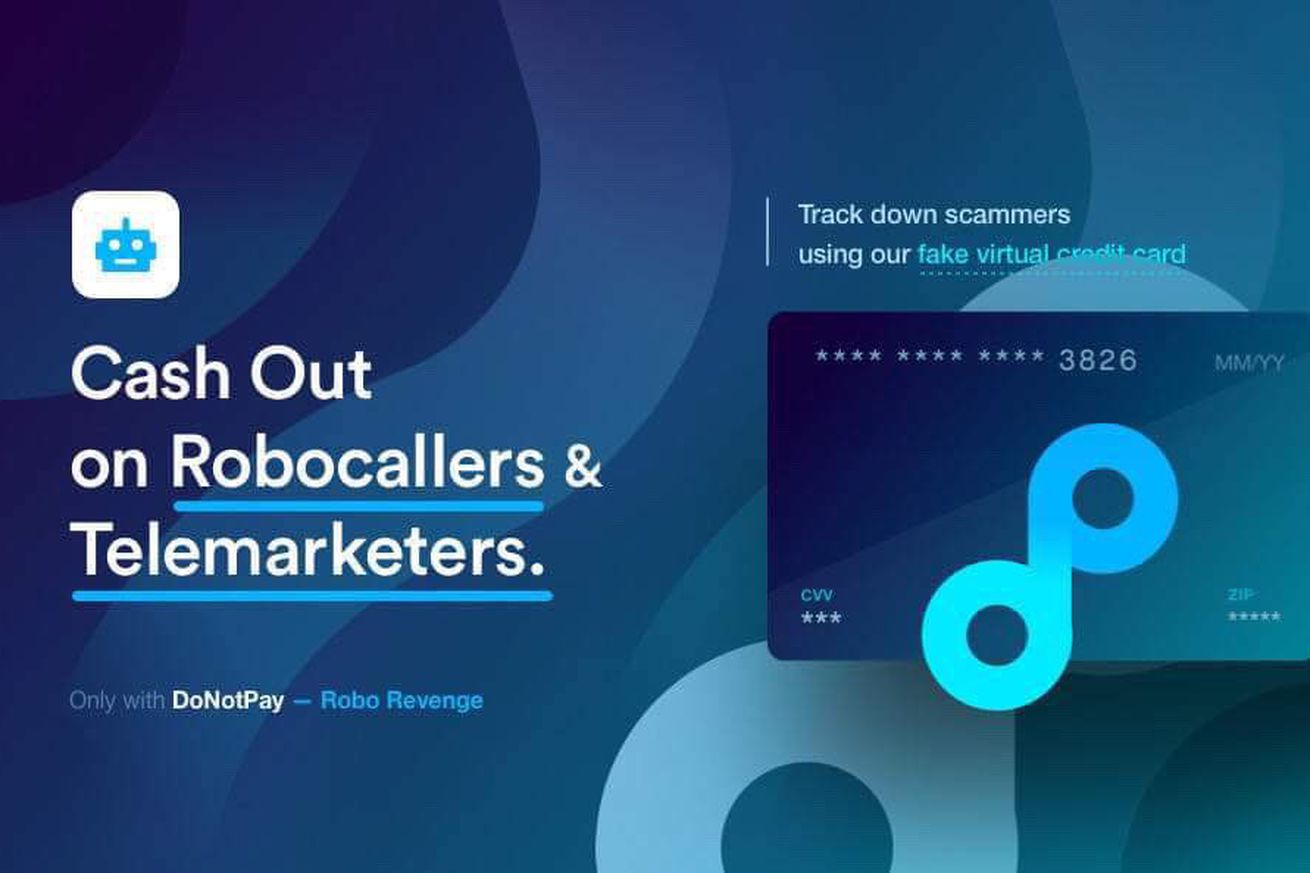 Robolawyer startup DoNotPay is launching a new service called Robo Revenge designed to let you easily sue any US-based company that spams you with robocalls, Vice reports. The service gathers the robocaller’s details and then helps you sue them for as much as $3,000. The service is live now on DoNotPay’s website and in its app.

It sounds like a pretty clever system. First, the service puts your number on the Do Not Call Registry, which makes it illegal for companies to plague you with unwanted calls. Then, when you inevitably receive a call, you hand over the virtual credit card details generated by DoNotPay. The credit card transaction then collects the scammer’s contact info which DoNotPay will use to automatically generate demand letters and court filing documents to help you sue the spammer under the Telephone Consumer Protection Act (TCPA).

DoNotPay’s Founder and CEO Joshua Browder says that the service is meant to provide financial incentives for companies to stop robocalling. “All of the big companies like AT&T and Apple have failed to protect consumers,” he told Vice, “The only way the problem will end is if the robocallers start losing money every time they call someone.”

Unfortunately, Robo Revenge won’t work if your spam call comes from overseas. “Those people you can’t sue because you don’t even know where they are,” Browder explains.

There has been some progress in the US towards preventing robocalls through technology and legislation, but progress is slow. Last year both the House and the Senate voted in favor of new anti-robocalling measures, and the FTC introduced new rules to make it easier for carriers to automatically register their customers for call-blocking technology. Technology solutions, meanwhile, have been slow to materialize, because they rely on carriers supporting verification from each individual operator.

The nice thing about Robo Revenge is that it doesn’t require any new legislation or tech solutions to be implemented, it just makes people aware of their existing legal rights. It’s not an entirely automated process (you’ll still have to listen to the pitch and give the burner credit card details to a caller over the phone, after all), but maybe that’s time well spent if you know you could get a check at the end of the process.

This is just the latest automated legal service that DoNotPay offers. The company’s chatbot was initially focused on disputing parking tickets, but has since expanded to offer virtual credit cards (like the ones it uses to fight robocalls) to let you take advantage of free trials without worrying about getting charged, and to automatically sue just about anyone.