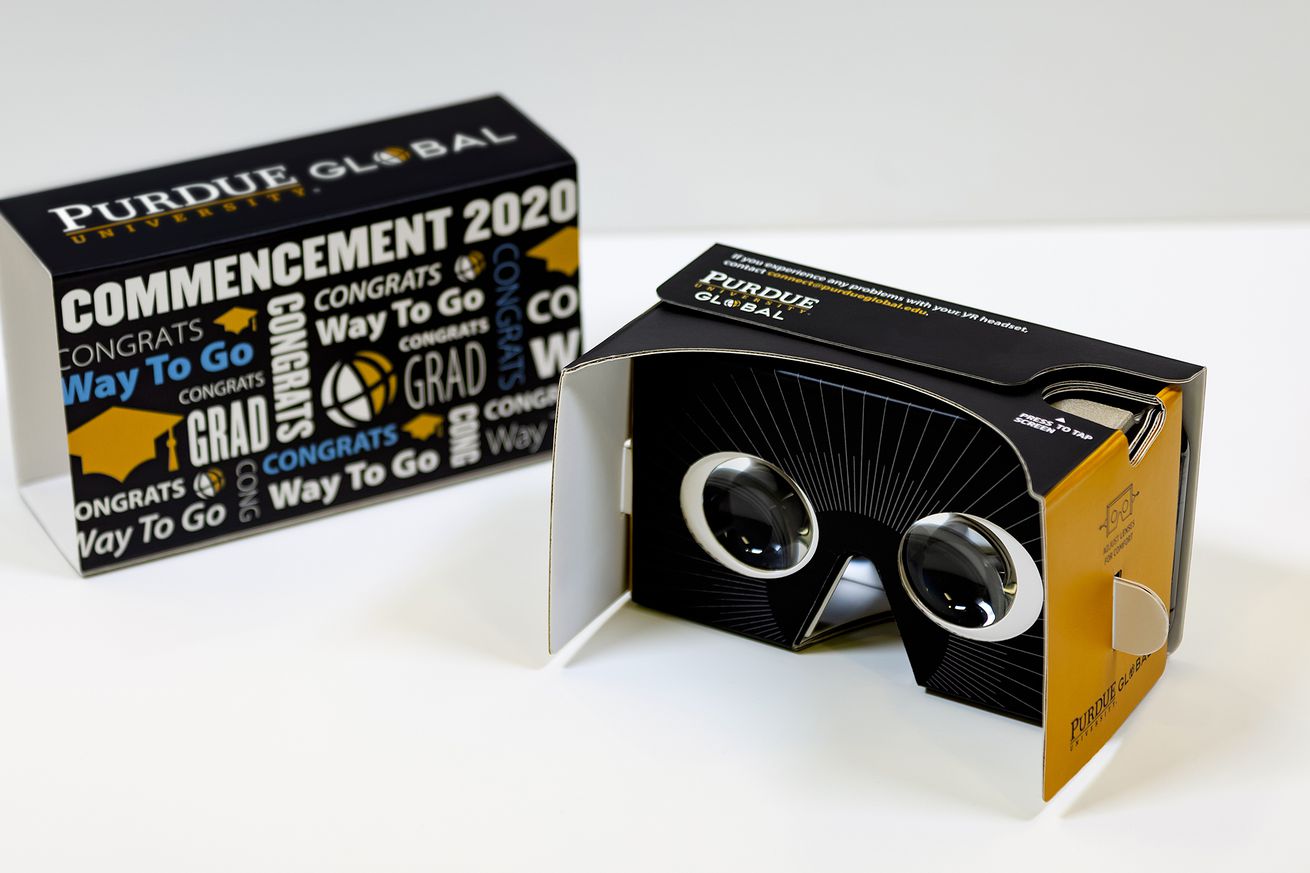 Purdue University Global will let some graduates join its 2020 commencement ceremony through virtual reality. Around 75 students will get a Google Cardboard-style VR viewer and watch the ceremony through a 360-degree camera feed alongside around 400 other students who will attend the ceremony in Los Angeles later this week.

The project was conceived with help from Purdue’s Research Computing Envision Center, which works on VR training simulations and similar projects. And it sounds more elaborate than a simple static camera. “When the ceremony begins, [students] will feel like they are in the procession line marching with the on-site graduates,” says Patti Pelletier of Purdue University Global. “The virtual graduates will walk onto the stage, hear their name announced and see their picture displayed before returning to their seat.”

A press release explains that a camera operator will carry an Insta360 Pro II camera during the ceremony, streaming to YouTube’s 360-degree video platform. (There will also be a normal ceremony video feed on Facebook Live.) The project is aimed at students who can’t attend in Los Angeles so they can still “see and hear everything” during the event. Like a lot of VR projects, it’s also good publicity for Purdue University Global — an online wing of the Indiana research university that formed through a merger with the for-profit Kaplan University.

It’s a cool idea and an interesting reminder that schools are still using Cardboard and other Google VR products, even as Google moves away from VR to augmented reality. It’s got echoes of older quirky graduation experiments, like this Second Life commencement from 2009. That said, unless the ceremony is extremely short, most of those students will probably get tired of holding the viewer to their faces. They’ll also presumably need their own phones to power the headset since Purdue is just sending them the cardboard shell, a commencement program, and a tassel.