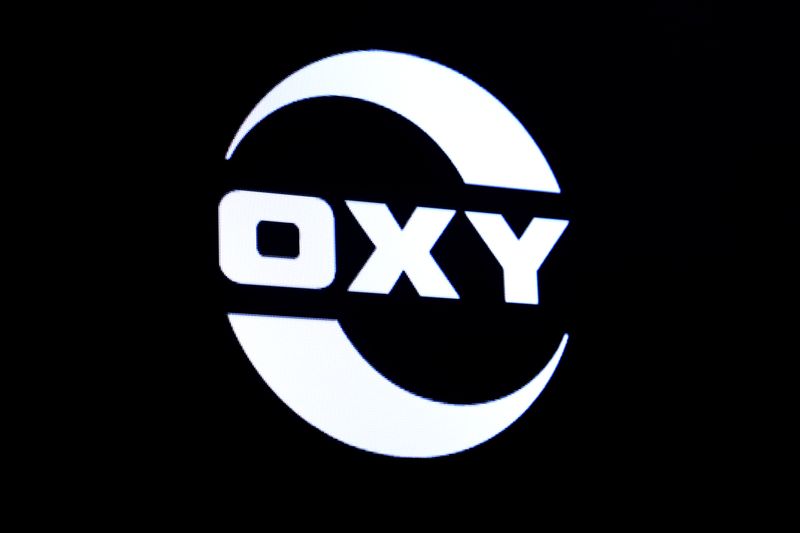 © Reuters. The logo for Occidental Petroleum is displayed on a screen on the floor at the NYSE in New York

(Reuters) - Occidental Petroleum Corp (N:OXY) reported a quarterly loss on Thursday, as the oil and gas producer took more than $1.7 billion in impairment and other charges.

The company has been aggressively cutting costs by laying off staff and selling assets to pay down its $38.54 billion debt pile following its $38 billion acquisition of Anadarko Petroleum (NYSE:APC).

It has announced divestitures worth $10.2 billion, compared with its target of $15 billion.

Occidental had also previously lowered its spending plans for the year and trimmed production goals to safeguard its dividend at a time when investors have been pressuring oil and gas companies to boost shareholder returns.

On Thursday, the company maintained its plans to spend $5.2 billion to $5.4 billion in 2020, well below the $6.36 billion it spent last year. It also maintained plans to boost output by 2% this year.

The company forecast average daily production in the first quarter between 1.38 million boepd and 1.4 million boepd, slightly above analysts' estimates of 1.36 million boepd, according to Refinitiv IBES data.

The quarterly results included charges related to the company's Western Midstream stake sale as well as severance, integration and other costs stemming from the Anadarko deal.

On an adjusted basis, the company posted a loss of 30 cents per share.

The company's shares were up less than 1% in extended trading. It is expected to hold a briefing on Friday to discuss its results.