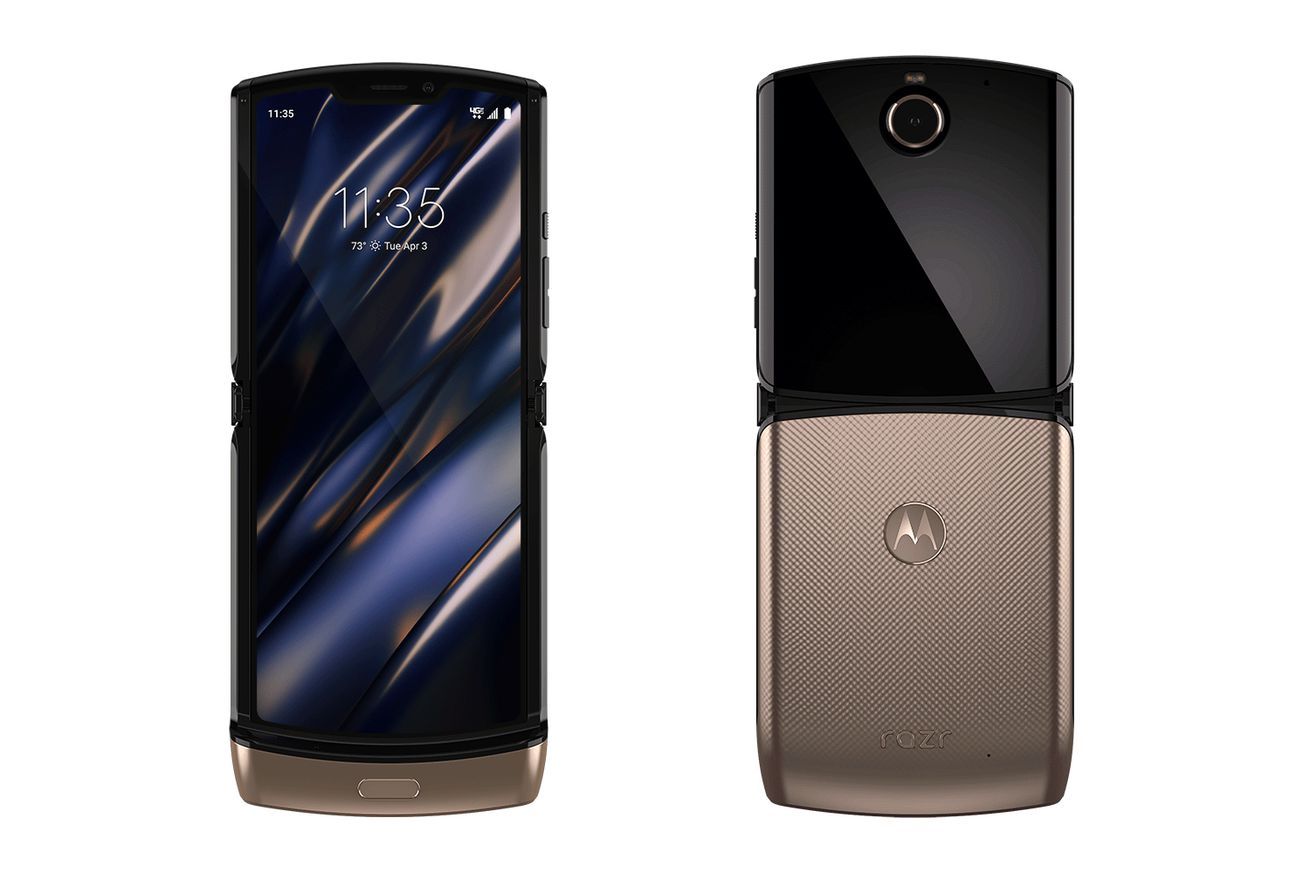 A gold version of Motorola’s upcoming foldable Razr has been leaked by Evan Blass, and the color scheme could be our favorite version yet. The highly anticipated return of the Razr is currently only available in black on Verizon’s site for $1,499 and a March 3rd delivery. There’s no word on when the gold version might be available, or whether it will carry a price premium.

Blass doesn’t share any details about the specs of the leaked handset, so we’re assuming that the gold model will feature the same specs as the standard “Noir Black” Razr. These specs include a mid-range Snapdragon 710 processor, and a 6.2-inch foldable plastic OLED panel, which Motorola worryingly warns may be prone to developing “bumps and lumps.”

Meanwhile, multiple rumors suggest that Samsung is preparing to launch a phone with a very similar form-factor next week called the Galaxy Z Flip alongside its Galaxy S20 lineup. The upcoming foldable is thought to include an “Ultra Thin Glass” display, which could be more durable than the plastic displays used on the Razr, and Samsung first-generation Fold.