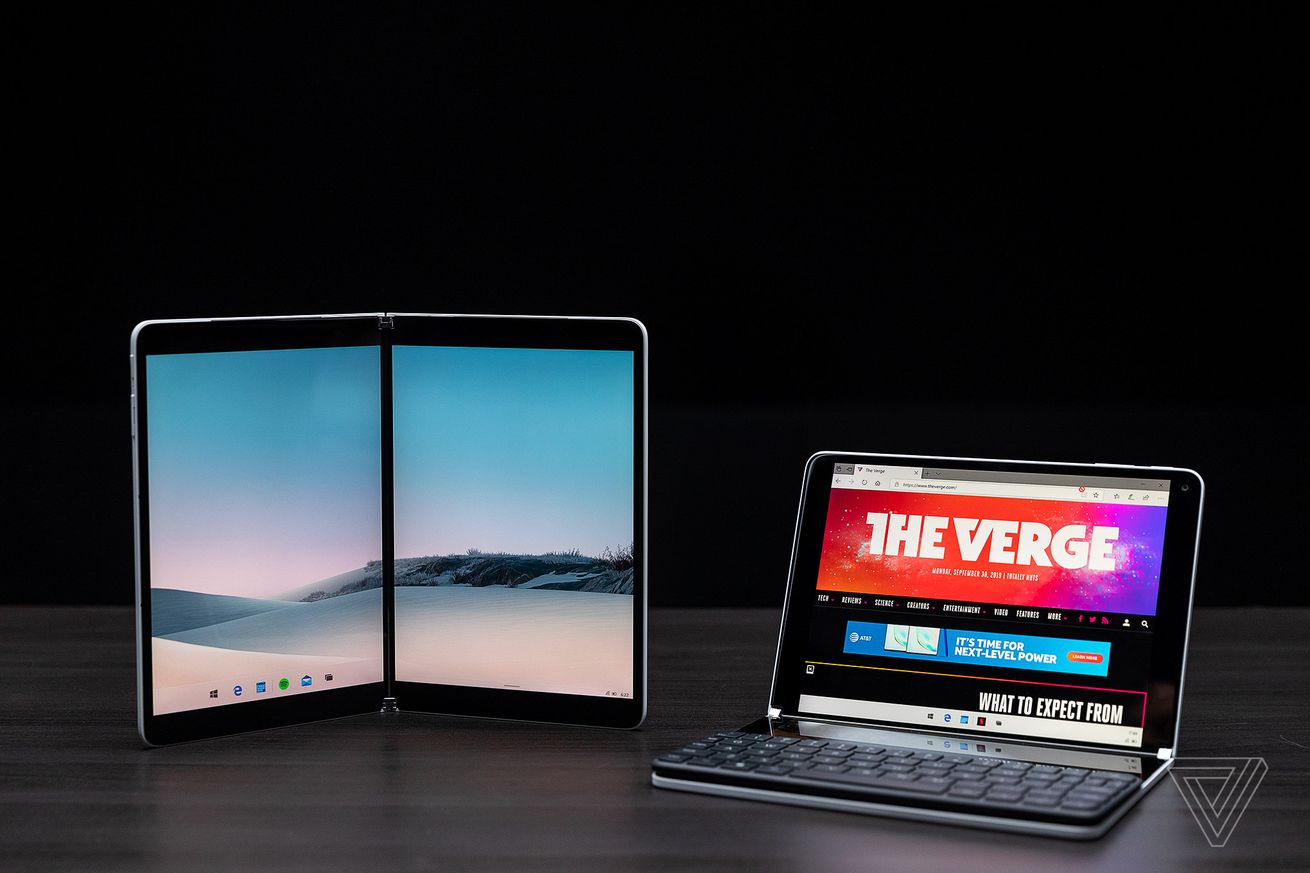 If you’ve been following Microsoft’s Windows changes in recent years, then this week’s reorg inside the company won’t have come as much of a surprise. Chief product officer, Panos Panay, is now taking a bigger role that involves him leading a single group that combines the Windows Experience team and Microsoft hardware teams. It will be known as Windows + Devices, and it ultimately means that the future of Windows is now tied closely to hardware.

That’s a significant change for Microsoft, but one that it has been working towards for years. The company’s Surface RT tablet was originally developed in secret to launch alongside Windows 8, as a showcase for the new operating system back in 2012. It kick started Microsoft’s Surface hardware business, but the original tablet launched with a Windows RT operating system that didn’t really tie closely to the hardware. The Surface RT was slow, lacked apps, and the OS didn’t take advantage of the hardware in ways we often see Apple capitalize on with its tight iOS integration on the iPad.

Panay led the team that created the original Surface RT, but the secrecy around the product meant most people working on Windows had no idea Microsoft was building a tablet. He’s been on a mission to improve this software and hardware integration ever since. The first signs of Surface hardware and Windows software aligning were evident in the Surface Pro 3 stylus nearly six years ago. You could click a button on the stylus to launch OneNote and immediately take notes, but it was still fairly basic integration. Microsoft’s Surface Hub followed a year after the Surface Pro 3, and it featured a custom variant of Windows 10 built specifically for a giant 84-inch 4K display.

Microsoft then went on to launch its Surface Book with a detachable display. When I reviewed the original Surface Book I was surprised at how limited the note-taking experience was, especially as the hardware was designed so you could take the display off and use it as a digital clipboard. There was an obvious and awkward disconnect between the Windows side and Surface hardware side, perhaps in part because of secrecy or the separation of teams that were trying to integrate these features. Microsoft then went on to improve inking support in Windows 10 thanks to Windows Ink, but still to this day inking feels like it’s not fully baked into the OS so it can be used freely everywhere.

We’ve also seen Microsoft make some mistakes with its Surface hardware to push Windows initiatives in the past. Windows 10 S debuted on the Surface Laptop, and Microsoft later admitted that the variant, that locked the laptop to Windows Store apps, was a mistake. Microsoft then went on to shake up Windows massively with a reorg two years ago, that separated the core Windows engineering team from the “Experiences & Devices” group responsible for delivering the Windows client you use everyday to Office 365 and Surface hardware.

Panay will now assume control of the Windows client side, which essentially means the shell and experience that sits on top of the core part of the Windows operating system. Microsoft has been engineering Windows to run across a variety of hardware, and the core of the OS is now aligned to Azure and Microsoft’s AI teams.

In recent years, Microsoft has shown that it has the vision to deliver a combination of hardware and software that’s neatly integrated. “We always think of hardware as a stage for software,” said Ralf Groene, head of Microsoft’s hardware design, in an interview with The Verge last year. “Sometimes the stage can also influence the performance of the software, so there’s the back and forth of both of these elements.” Microsoft has also opened itself up internally, to allow designers from across the company to contribute to something it calls open design. The hope is that it will lead to a better combination of hardware and software that looks like it came from one company and is better for it, too.

Now that Panay controls Surface hardware and the Windows client that powers Microsoft’s devices, it will be an interesting few years ahead for Windows. PC partners will naturally be a little wary of Microsoft’s tighter integration of hardware and software inside the company, especially as Surface revenue continues to grow. But Panay revealed in an internal memo this week that Microsoft still thinks Surface and the tight integration of Windows will benefit all PCs.

“We believe this will make the Windows Client experience better for the entire PC ecosystem,” says Panay in his internal memo. “Designing hardware and software together will enable us to do a better job on our long term Windows bets (dual screen, silicon diversity, connectivity, app platform, etc.) and having a single point of Windows Client Experience leadership driving consistent priorities and resourcing across all of Windows client will help all of us accelerate innovation and improve execution.”

Panay also concedes “it won’t be easy” to more closely align Windows and hardware. We’ve already seen that Microsoft’s ambitions to combine hardware and software don’t always work out as planned. Microsoft revealed earlier this week that the company has canceled its Surface Hub 2X hardware cartridge launch this year, and will deliver a software update to existing Surface Hub 2S devices instead. Surface Hub 2X was supposed to showcase Microsoft’s modern Windows Core OS platform, but it appears the work to simplify Windows isn’t done yet.

Windows is certainly at a crossroads right now, as Microsoft increasingly looks to the web and the cloud it feels like its operating system is no longer as important for the company. Microsoft CEO Satya Nadella has pondered branding Windows as Azure Edge, and said at the launch of the Surface Duo (running Android) that “the operating system is no longer the most important layer for us.” He’s certainly looking in a logical direction for Microsoft’s future growth, but as Windows 10 approaches a billion users, it’s still hugely important to many that rely on it every day.

Panay could be the boost that Windows desperately needs, at a time when Windows 10X is being developed for dual-screen devices, feature updates are starting to look like Service Packs, and we’ve heard very little from the Windows leadership over the past two years. If Microsoft is serious about learning from the past to redesign its future then we’re about to find out if it’s truly capable of doing so.