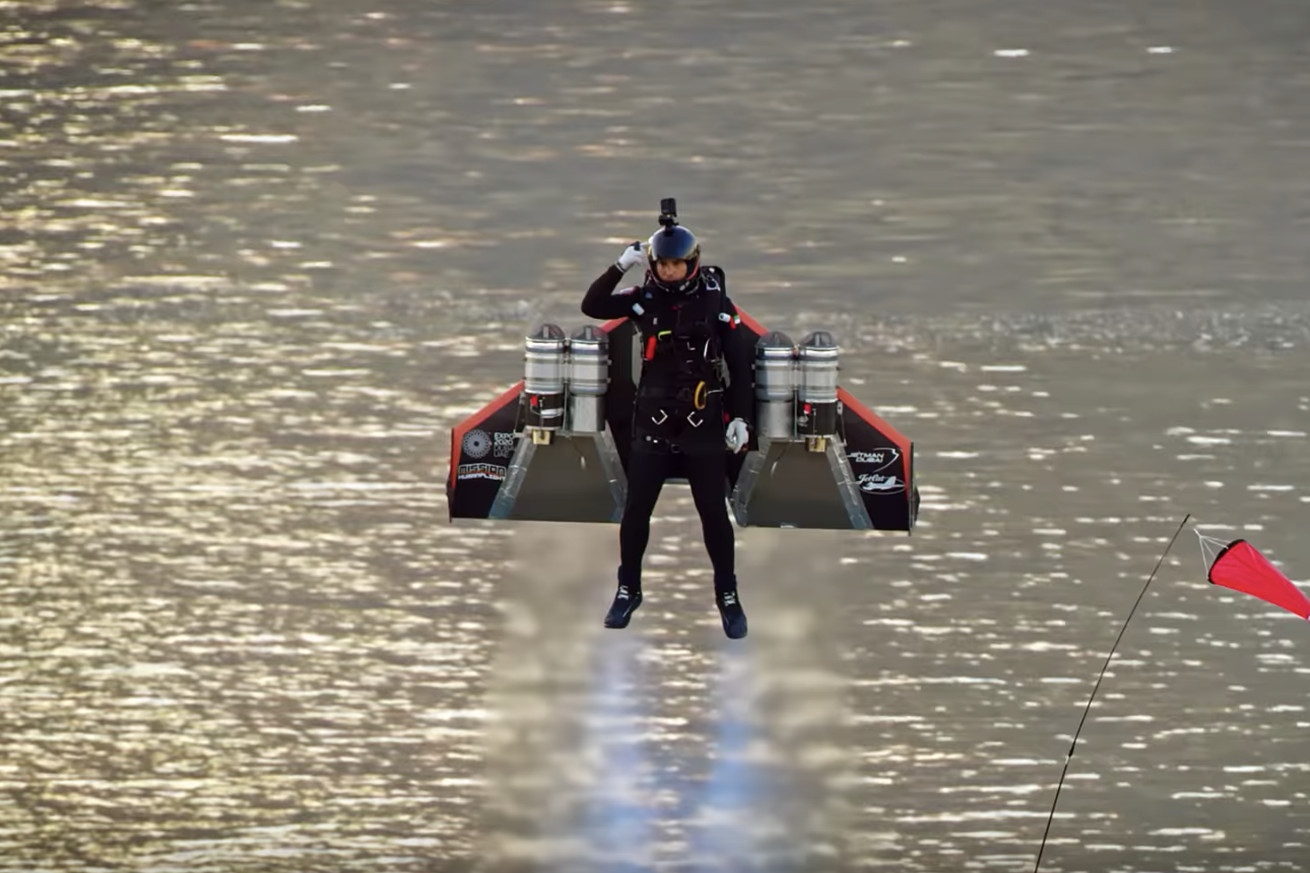 Tony Stark may have destroyed his Iron Man suits in Iron Man 3 (only to bring out a whole new line in Avengers: Age of Ultron), but Jetman Dubai’s Iron Man-like dreams of autonomous human flight are realer than ever.

A new video published by the company shows pilot Vince Reffet using a jet-powered, carbon-fiber suit to launch off the ground and fly 6,000 feet in the air. The video, seen above, was taken in Dubai, heading south toward Jumeirah Beach Residence, according to the company. Jetman Dubai’s YouTube video notes that in “eight seconds [Reffet] had reached 100 meters height, in 12 seconds 200m, 19 seconds 500m, and reached 1000m in 30 seconds at an average speed of 130 knots.”

This isn’t the first time that Reffet and his team have gone flying over Dubai. A video from May 2015 shows Reffet and fellow pilot Yves Rossy soaring through the skies while a chase plane captures their flight — well, a chase plane and a couple of GoPro cameras attached to their helmets. The pilots were able to achieve a speed of more than 120 miles per hour, too! The main difference here is that we’re seeing a man go from standing on the ground to hovering over the Earth, before shooting into the air like a rocket.

“It is the first time that a Jetman Dubai pilot could combine hovering safely at a limited altitude and flying aerobatics at high altitude in the same flight,” the company noted underneath the video. “Controlled from the ground by the human body, the equipment enables Jetman Dubai to reach speeds of 400kmh, as well as hovering, changing direction and performing loops.”

Kind of like that scene in the first Iron Manwhen Tony Stark is first learning how to jet off into the air, but he stumbles along the way, only to finally take off and go soaring into the sky! Except this is real life, and I am frequently reminded by my colleagues that Iron Man isn’t real. And, if we’re being honest, the winged suit has more in common with Vulture (famously played by Michael Keaton in Spider-Man: Homecoming)than Iron Man, but I digress.

Now, what does this all mean for you and I? Well, that the band is getting back together. And by band, I mean Iron Man. Iron Man’s back, baby.