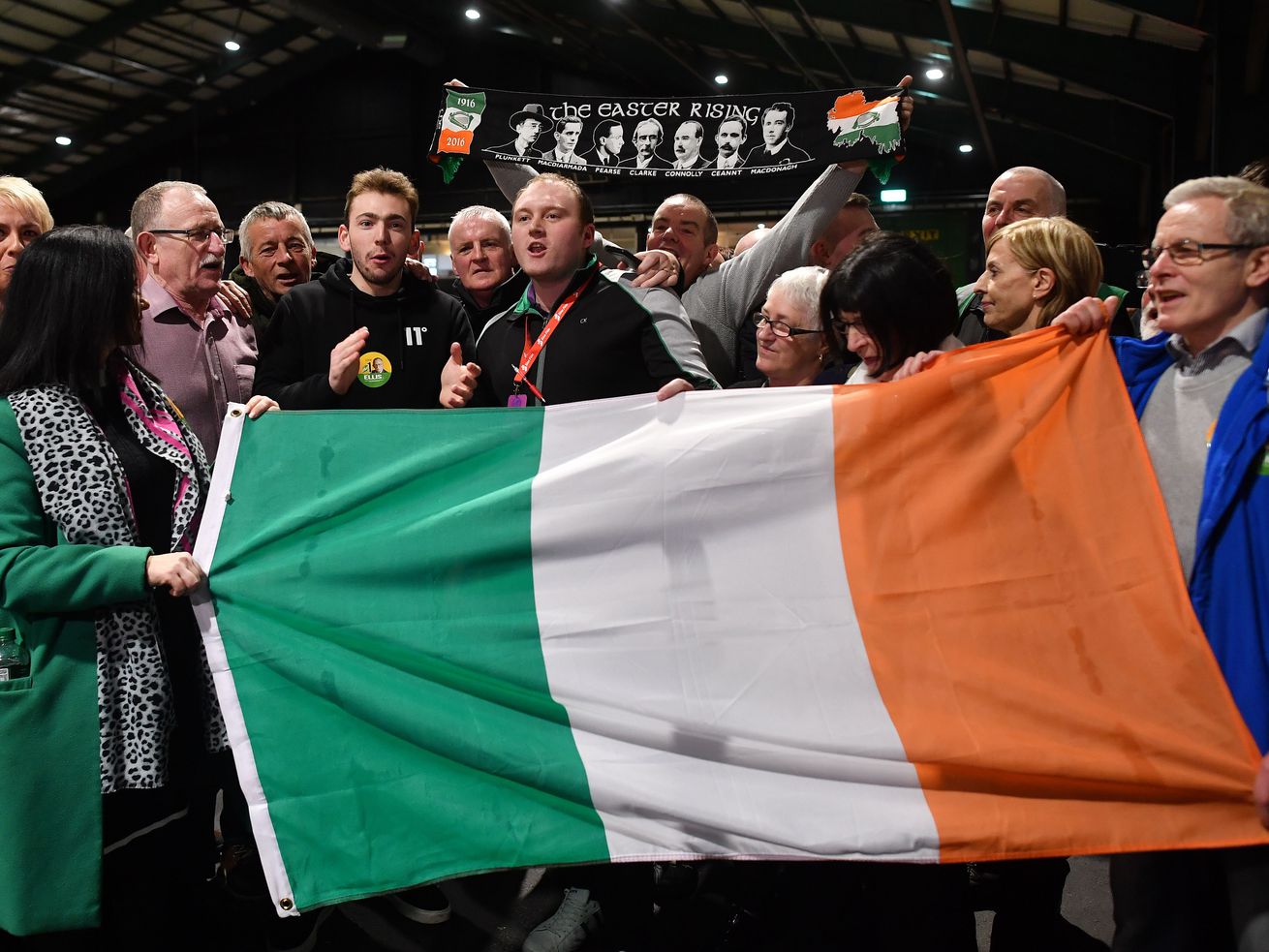 What do the results mean for Ireland? It’s messier than you think.

The votes will be counted throughout Sunday and official results are expected early this week. Exit polls indicate the leading center-right party Fine Gael has 22.4 percent of the vote, Sinn Féin has 22.3 percent, and Fianna Fáil, the center-left main opposition party has 22.2 percent. However, given those exit polls have a margin of error of 1.3 percentage points, all three parties are essentially tied.

“It may be many days before we know fully what Saturday’s vote means in terms of the allocation” of seats in the Irish legislature, wrote Irish Times columnist Fintan O’Toole. “But this we know and know full well: that old system is finished and it is not coming back any time soon.”

We also know that the fact that no party will win an outright majority means the leading parties will be forced to negotiate a coalition government — which is likely to be a lot trickier than it seems.

Fine Gael and Fianna Fáil have maintained a fragile coalition since 2016, and leaders of both centrist parties said they wouldn’t work with Sinn Féin to create a coalition. But with Sinn Féin’s massive surge in the polls (they got 13.8 percent of the vote in the 2016 general election), excluding the party may not be an option.

Ireland uses a type of ranked-choice voting system, which means it’s still up in the air how many seats in the legislature each party will get. It is also important to note Sinn Féin ran in about half as many races as Fine Gael and Fianna Fáil, which may limit its representation, even if it becomes a coalition partner.

Fine Gael has held power over Irish politics since 2011, and has maintained that position with the help of Fianna Fáil, since 2016. Fine Gael’s leader, Leo Varadkar, came to power in 2017 in a historic victory as the country’s first openly gay and youngest-ever prime minister.

In the Brexit negotiations, he secured an open border with Northern Ireland and got the EU to stand behind the country’s interests — victories he hoped would carry his party through the general elections spurred by the crumbling of the party’s coalition with Fianna Fáil.

But that message didn’t seem to have much impact with Irish voters, who were concerned with record high levels of homelessness, rising housing costs, and a health care system many see as inadequate.

“Change has been the dominate theme,” Gary Murphy, a professor of politics at Dublin City University, told Vox’s Jen Kirby. “Many people don’t see a huge change in their own circumstances on the ground, and if you’re a governing party in the Irish system when the narrative goes against you, it’s very difficult to rein it back in.”

Sinn Féin, framing itself as an agent for change, seemed to tap into those frustrations, especially among young people. The party received the largest number of first-choice votes, 31.8 percent, among people aged 18 to 24, according to exit polls.

The party has struggled with its past association with the Irish Republican Army (IRA) during the Troubles, a violent, three-decade-long conflict in Northern Ireland. That’s one of the reasons the leading parties have pledged not to form a coalition with Sinn Féin, despite the party’s political status changing in the Republic of Ireland over the last few years.

Experts predicted the general election results would be extremely close between the three parties. That turned out to be true, with Fine Gael retaining its narrow lead. It’s sworn off a relationship with the far-left Sinn Féin party and struggled to maintain its longtime coalition with Fianna Fáil, so it’s unclear how a coalition government will be formed. But one thing is clear: The country’s two-party system has been upended.