Home World News How Canada lifted nearly 300,000 kids out of poverty in a single year

How Canada lifted nearly 300,000 kids out of poverty in a single year 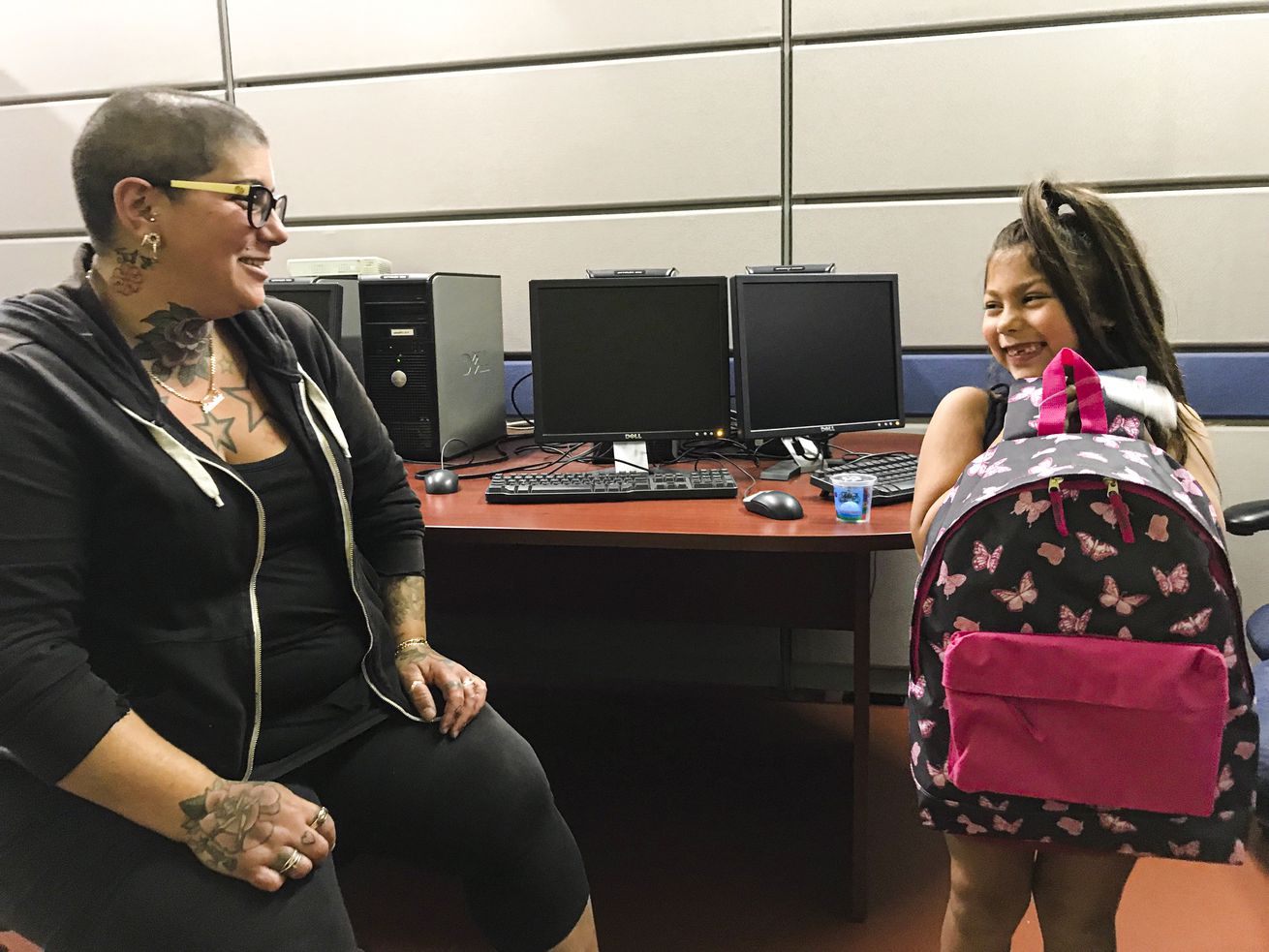 The Canadian government gives parents money each month. Listen to this episode of The Impact to find out how the program has made a real difference.

Natasha Razouk has lots of piercings, and her skin is decorated with tattoos: gargoyles, fairy wings, diamonds, stars, and spades.

In August 2019, she also had four rose tattoos. She was a heroin addict for seventeen years, and she gets a rose for every year that she stays sober — though in August, she’d actually been sober for five years, not four.

“The first year that I was clean, I didn’t do it, because for me the first year ... it was easier,” she explained, “Not that it wasn’t hard, but I was surrounded. I was structured. I was very followed.”

Natasha went got clean after she had her daughter Scarlett, who is now 7.

Scarlett is very different from her mother. On this day, she was wearing her hair in a perky ponytail, and lots of pink.

But differences in taste aside, the two were clearly very close. During our interview, Natasha helped her daughter with a bouncy ball she’d made as at a nearby booth, and they laughed together as it bounced around.

The booth was part of a back-to-school fair at a charitable organization in Montreal. Kids could make bouncy balls, but they also got free winter boots, free backpacks, and a free set of school supplies: glue and colored pencils and erasers and notebooks. Even a lunchbox.

That was definitely helpful for Natasha. But it didn’t come close to covering all the costs of raising her daughter. Kids are expensive, after all. They need clothes and food and health care and day care and any number of other costly things.

That’s why the Canadian government gives parents like Natasha a little money each month — a few hundred Canadian dollars — to help cover the costs of raising a child.

When the latest version of this program, known as a child benefit, was implemented in 2016, liberal Canadian politicians promised that it would lift hundreds of thousands of children out of poverty.

Dylan Matthews covers anti-poverty measures for Vox. So he decided to go to Canada for The Impact, Vox’s podcast about how policy shapes people’s lives. He wanted to figure out: Did the Canadian child benefit deliver on that promise? How do parents spend these checks? How has the child benefit affected Natasha’s life, and Scarlett’s? And what can the US presidential candidates who have signed onto an American version of a child benefit learn from our neighbors to the north?

Listen to this episode of The Impactto hear what he discovered:

Subscribe to The Impact on Apple Podcasts, Spotify, or your favorite podcast app to automatically get new episodes of the latest season each week.