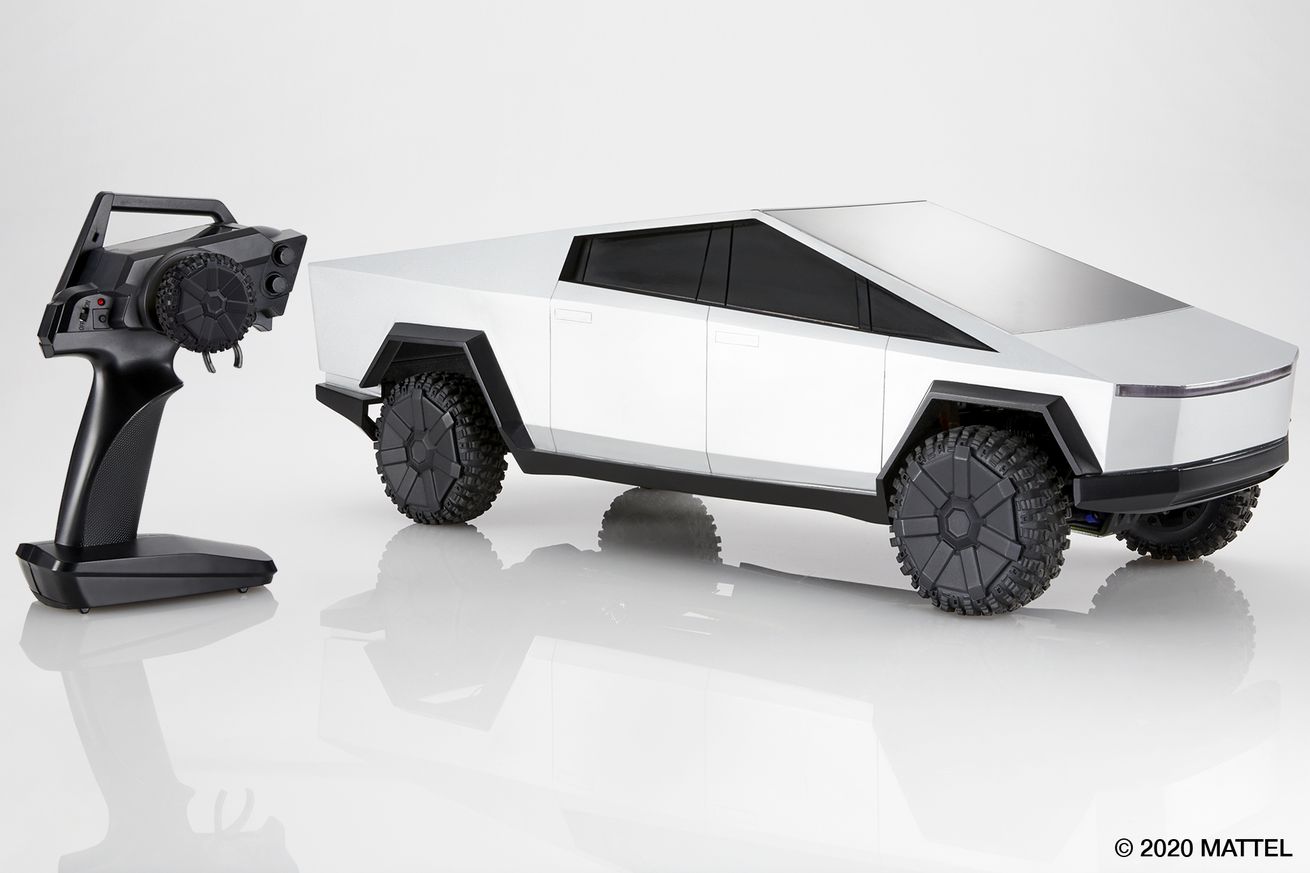 Mattel has announced a Hot Wheels-branded remote-controlled version of Tesla’s Cybertruck. It is available to preorder now and will come in two sizes: there’s a 1:64 scale RC Cybertruck that costs $20 and a much bigger 1:10 scale version that runs for $400. Both are expected to ship in December 2020, but they’re limited editions and will only be available until they’re sold out, Mattel says.

The 1:10 scale version is described on Mattel’s website as a “hobby grade-radio-controlled vehicle that is off-road and rugged terrain capable.” It has functioning headlights and taillights, and two driving modes: “chill” and “sport.” Just like the real Cybertruck, it has a telescoping tailgate that slides out into a loading ramp for the bed. Mattel says the body can be removed to reveal the “interior and access internal battery and drivetrain system.” The bigger RC Cybertruck even comes with a “cracked window vinyl sticker” in a nod to the now-infamous mishap from the real truck’s big reveal.

The 1:64 scale version is the size of a typical Hot Wheels car. It also has two driving speeds but fewer moving parts. Both versions were designed with help from Tesla.

Tesla CEO Elon Musk has long said that his company would build an electric pickup truck. But as he got closer to revealing the vehicle, he kept teasing that it would have a “futuristic-like cyberpunk, Blade Runner” design.

Musk delivered (or maybe even overdelivered) on that promise when the Cybertruck was announced in November 2019. The stark steel-clad truck he rolled out onstage was unlike basically any other pickup truck on the road, which was essentially the whole point.

The Cybertruck became a viral sensation, and Tesla has even collected hundreds of thousands of refundable $100 deposits for the vehicle, implying that there’s at least some demand for a futuristic-looking pickup truck that can also do pickup truck-y things.

Now, Cybertruck fans can get a taste of that cyberpunk truck future without dropping $40,000 or more — that is, until the new toys sell out.