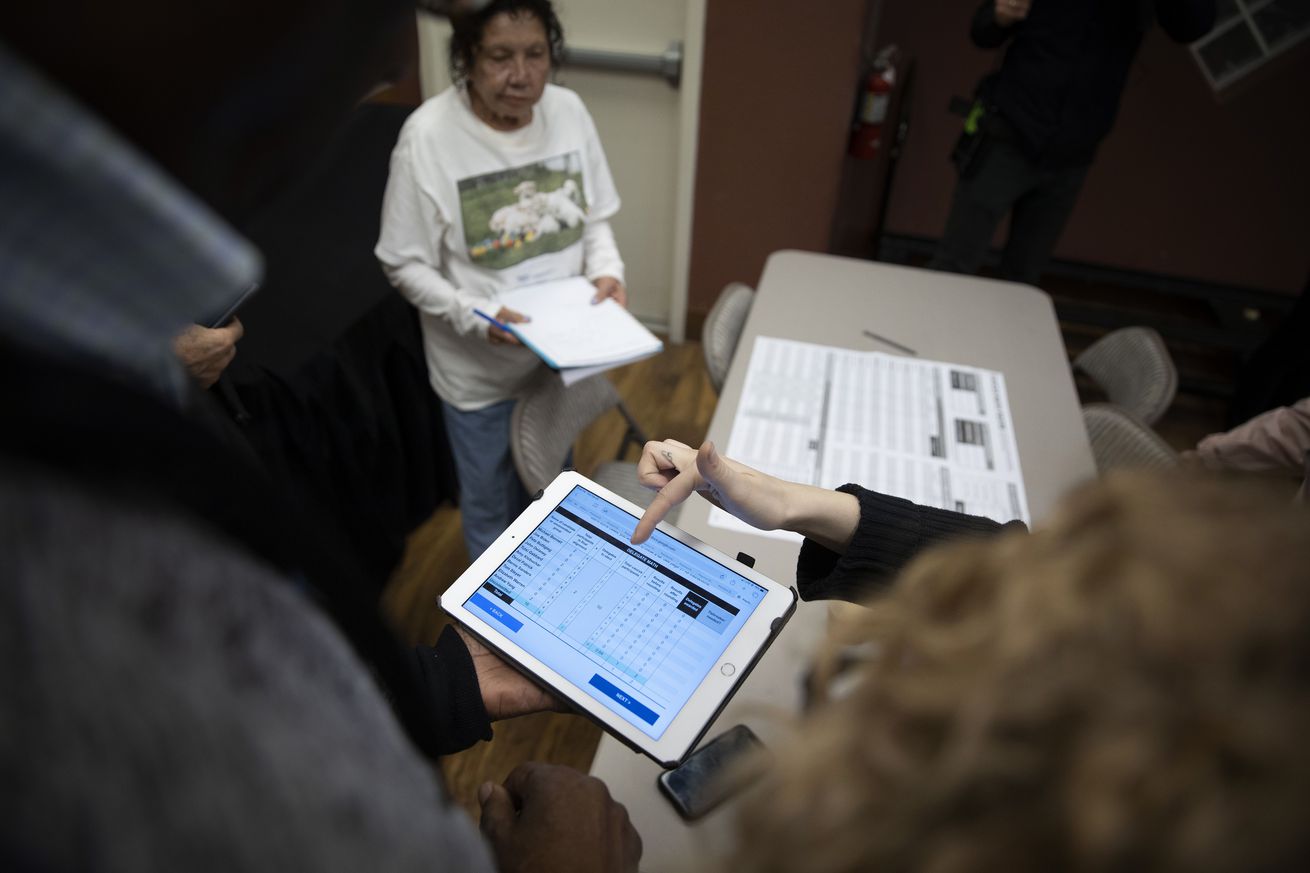 Nevada’s Democratic caucuses take place this Saturday, and the state may not be ready. In the wake of Iowa’s disastrous caucuses, the Nevada Democratic Party has scrapped its plans to use a reporting app called Shadow, but the replacement system isn’t inspiring confidence.

Over the past week, party officials have blasted social media requesting volunteers with a solid grasp on Google tools to help staff the caucuses as technical assistance. According to Bloomberg, the Nevada Democratic Party held another set of training classes on Thursday to teach volunteers how to use their iPads and new tools. In an even more concerning move, the party hasn’t pledged to release the final results the same day as the caucuses either, raising concerns that it may be days before definitive results come in.

Details on the new system are patchy, but it seems that at least some caucuses will be tabulating and reporting their results through a combination of Google Forms and associated spreadsheets. There’s also some indication that Google Forms may be used to check voters in at caucus locations, although in both cases, there will be other options available as a safeguard.

“Many precincts are so rural that connectivity may be limited”

On the tech side, the state party is operating from a regular enterprise G-Suite account, apparently connected with off-the-shelf iPads. The party has received Google’s standard enterprise tech support, but there’s no sign that the company’s more ambitious election protection teams have gotten involved.

To start tabulating results, caucus officials from over 2,000 precincts across the state will log in to the calculator with their individual credentials. The online forms are nearly identical to the paper forms that officials will also fill out and submit. Once the data is all entered, early voting data from the same precinct will be added in to create the total result count. The final results will be recorded three ways: in the app, on the paper sheets that get sent in to the party, and on a poster that will be hung at the caucus site.

Adding to the tech anxiety, many precincts are so rural that connectivity may be limited, which could lead to inconsistent reporting on the night of the caucuses. “Maybe if it’s only a small fraction that are too far away from a cellphone tower, that’s okay,” Duncan Buell, a University of South Carolina professor of computing science and engineering, told The Verge. “People will take their numbers down and then drive the half an hour to turn in the results.” But any travel could delay the final results.

“Am I worried about the security? Not necessarily.”

There are valid reasons to use Google infrastructure, despite the risks. Google’s cloud is larger, more protected, and more stable than anything a smaller company could build, and the company has poured billions into fighting everything from downtime to state-sponsored attacks. Former Facebook security chief Alex Stamos says general-purpose cloud systems are “almost certainly more secure and reliable than a custom-built solution,” although it may be more difficult for users to figure out.

But there are some aspects of the system that will be difficult no matter what tool you use. Each of the thousands of precincts will need a secure way to connect with the headquarters where results are tallied. If the system is too hard to navigate then reporting will be delayed, as happened in Iowa. But if the system is too easy, troublemakers could report false results — an even worse situation. “Whether you are using Google or Shadow,” Stamos said, “the party is going to have to securely communicate credentials to all of the precincts and make sure two-factor is enabled.”

Any disruption tech causes on caucus night likely won’t affect the final results since a majority of the work will be reflected on paper. But if the tech disturbs the reporting process, like it did in Iowa, trust in the system could be depleted. If some caucus sites can’t connect to the internet and have to drive miles to find a signal to report, or if their iPad hasn’t received the latest update needed to run any software, it could influence voters and volunteers to stay home next year.

“Am I worried about the security? Not necessarily because they have the [paper] backup, and I would assume that they’re going to be doing a check after the fact,” Buell said. “It’s a question of whether there’s going to be reporting chaos Saturday night.”