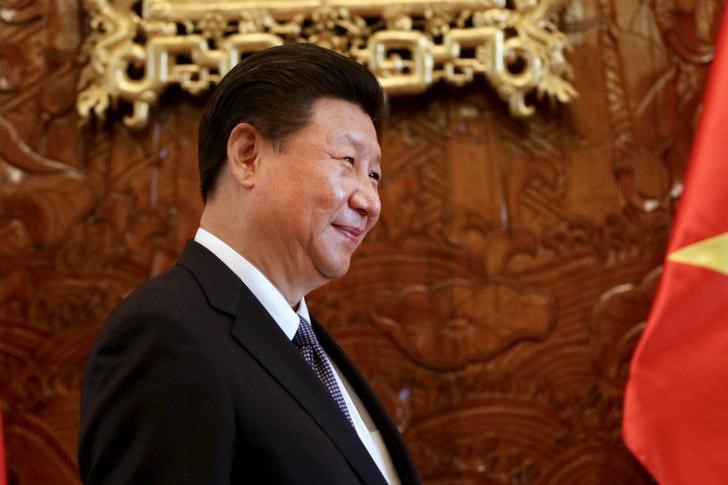 Investing.com -- Gold prices were fractionally lower on Monday, largely unmoved by either virus-related concerns or by worse-than-expected growth numbers from Japan.

The moves came against the backdrop of a jump in Chinese equity markets – echoed more weakly in Europe – after President Xi Jinping hinted at more stimulus measures to support the economy in an editorial over the weekend.

The stronger tone in stocks capped gains in gold, despite further evidence of a spreading economic slowdown due to the virus: Thailand and Singapore both cut their growth forecasts for 2020, citing the impact of lower Chinese tourist arrivals.

Meanwhile Japan, another favored destination for Chinese tourists, said its economy contracted more sharply than expected in the fourth quarter, at an annualized rate of 6.3%. That was much worse than the 3.7% contraction expected after the double-whammy in October of a sales tax hike and Typhoon Hagibis.

“Gold appears to be stuck in no man's land for now mired in the $1,560-1,590 range, with trading volumes somewhat depressed since the beginning of the year,” said AxiTrader market strategist Stephen Innes. However, he noted, “Gold is very much on everyone's radar, which suggests bids will remain firm on dips to $1,575-65 levels,” especially now that expectations of further cuts from the Federal Reserve have risen.

Portfolio investors have still reduced their hedging against a pandemic somewhat: the net long position reported in the Commodity Futures Trading Commission’s Commitment of Traders report on Friday was the lowest in six weeks, after the biggest weekly fall since October.

Of note in Europe later, finance ministers from the euro zone are due to discuss a document that could lead ultimately to a relaxation of the fiscal rules governing the bloc, allowing more room for fiscal stimulus and reducing the risk of further rate cuts from the European Central Bank. Given that the ECB’s negative rates are the most important pillar for European portfolio purchases of gold, any clear commitment to fiscal easing could be marginally negative for gold.