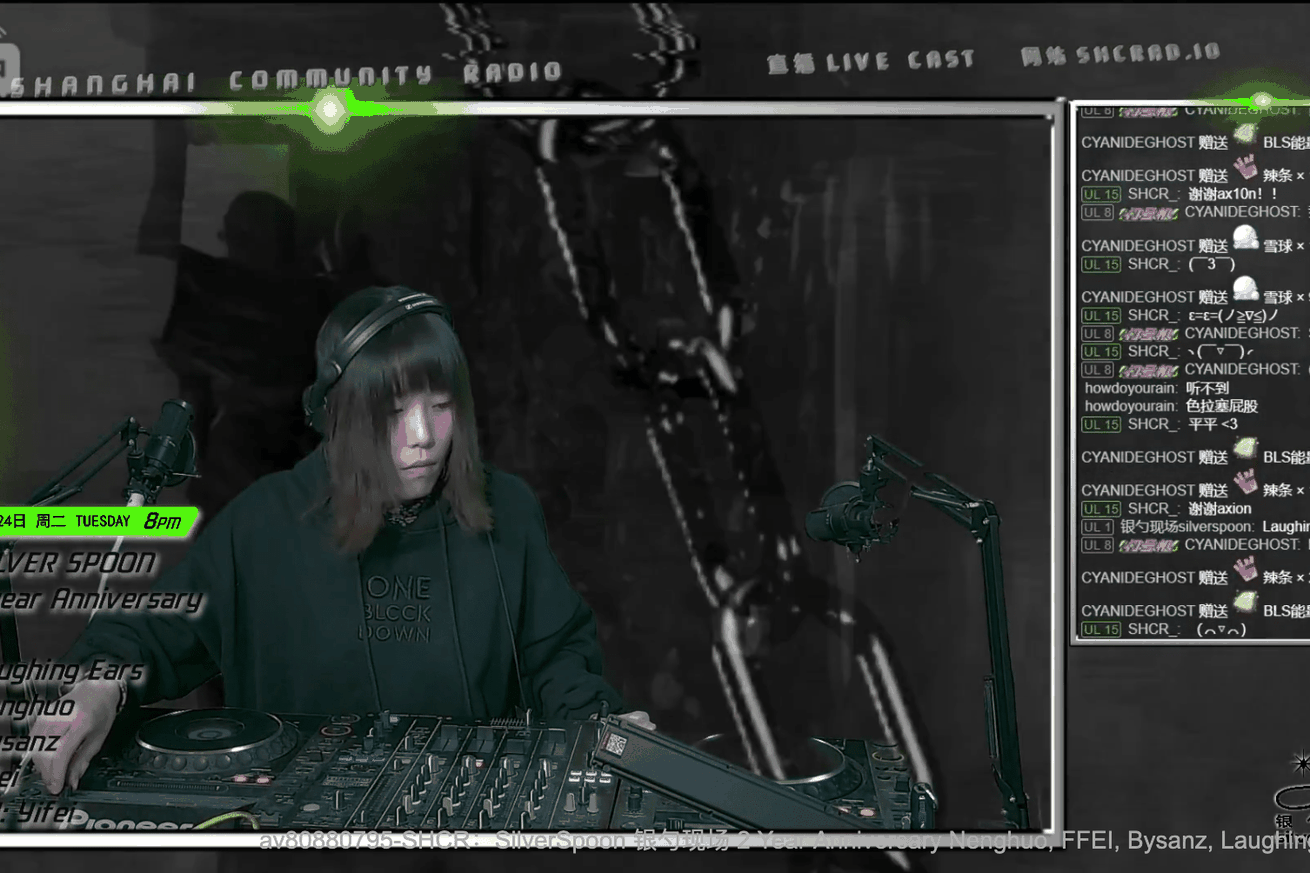 Many cities in China are still in quarantine lockdown in efforts to contain the coronavirus outbreak, pushing most activities online. Day-to-day activities like grocery orders and university classes are affected, but so is live entertainment. Music venues are shuttered across the country, rendering the country’s live music scene “temporarily dead and silent.” With everyone bored and stuck at home, a report by Hyperallergic (that builds off previous pieces by RADII and CDM) reveals how China’s musicians have turned to live-streaming to perform at virtual festivals and club nights.

The report says bands and DJs alike are transforming their homes into performance spaces, with clubs, record labels, and event promoters all hopping on board. Options range from techno to rock to pop, with most of the action happening on BiliBili, a Chinese video sharing website. The site features bullet chatting, a function that superimposes user comments on screen in a way that makes people feel more present. “It’s like going to a karaoke parlor or being in a mosh pit without leaving your house,” one singer told Hyperallergic.

Prominent indie record labels like Ruby Eyes and Modern Sky are streaming “showcases” for artists on their roster, and venues like Shanghai’s Yuyintang are even considering ticketed online performances. Many of these are hosted on the live-streaming site BiliBili, which contains a crucial social feature, Bullet Comments or 弹幕 (“danmu”), that make these events an active expression of community and social bonding, rather than just passive experiences. Bullet Comments are a mix of discussion forum threads, live chat, and participatory art that conjure a powerful online approximation of real-life conviviality, and a raucous vibe akin to a successful party. Comments made on a video fly across the video screen like heckles or encouragement from a virtual audience.

Elsewhere, other bits of how the concert industry has been affected in China have been brought to light. BiliBili itself has gotten into the mix, partnering with a promoter to produce a stay at home concert series, as reported by Variety. Billboard estimates that about 20,000 concerts slated to happen between January and March have been cancelled or postponed.

Hyperallergic’s piece gives a more intimate glimpse into how China’s musicians and fans are not just keeping the scene afloat, but creating community in a time of imposed isolation. A photo of a punk band live-streaming in masks and a hazmat suit to people’s amusement perhaps best sums things up. There’s necessity in making the best of a bad situation.

Go read Hyperallergic’s piece for more details along with flyers, sets, and links to watch live-streamed shows for yourself.