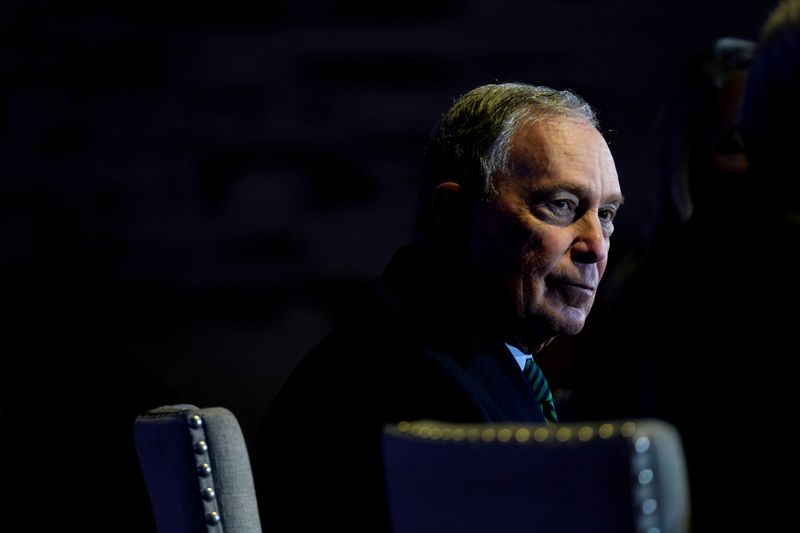 By Makini Brice and Jason Lange

Bloomberg, a billionaire and former mayor of New York, is a late entry to the race and is mounting an unconventional campaign, skipping the early nomination contests while spending hundreds of millions of dollars on advertising.

While public opinion polls have shown him trailing Democratic frontrunners in the nomination process, they also show his support is rising as he prepares to compete in the 14 states holding nomination contests on March 3.

Spencer, who announced his backing for Bloomberg at a campaign event in Norfolk, Virginia, did not criticize Republican President Donald Trump by name.

But, introducing Bloomberg at the event, Spencer said America needed "a steady hand at the wheel" who appreciated the strengths of U.S. allies and who respected different opinions.

"He is the candidate the United States needs," Spencer said.

Trump, who is running for re-election in November, tapped Spencer to be the Navy's top civilian in June 2017.

But last year Spencer was fired because of conflicts within the Trump administration over his handling of the case of a Navy SEAL who was convicted of battlefield misconduct.

Navy SEAL Edward Gallagher was convicted by a military jury for illegally posing for pictures with the corpse of an Islamic State fighter. However, he was acquitted of murder in the detainee's death and cleared of charges that he deliberately fired on unarmed civilians.

While Gallagher avoided a prison sentence, he was demoted in rank and pay grade for his conviction. The Navy informed Gallagher that a five-member panel of Navy commandos would review his case to determine whether he would be fit to remain on the elite force.

Trump intervened in the case, ordering the Navy to restore Gallagher's rank and pay, and lashed out at the proceedings in a post on Twitter. He later said Gallagher would "retire peacefully with all of the honors that he has earned."

The Pentagon did not immediately respond to a request for comment.