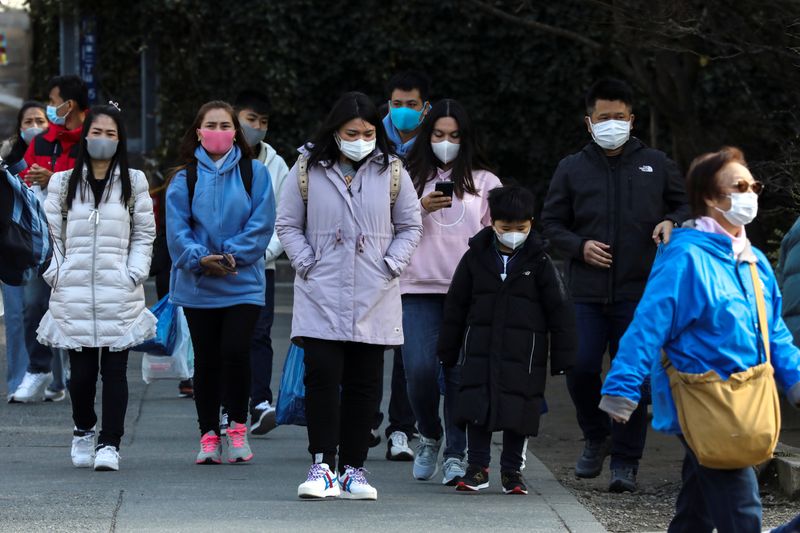 TOKYO (Reuters) - The number of foreign visitors to Japan fell for the fourth straight month in January as the impact of a South Korean boycott continued to weigh, with further, sharper falls expected ahead as the coronavirus keeps away Chinese travelers.

Total foreign arrivals, which include tourism and business arrivals, declined 1.1% to 2.66 million from 2.69 million in the corresponding month last year, Japanese government data showed on Wednesday.

Arrivals from South Korea - which has been boycotting Japanese goods and services since a trade dispute ignited between the two countries last year, plunged 59% year-over-year, the Japan National Tourism Organization said.

The number of mainland Chinese visitors to Japan rose 23%, helped by a favorable comparison with 2019 when the Chinese New Year - a peak travel period - took place in February.

The Chinese New Year officially began this year on Jan. 25 - before China halted all tour groups to other countries due to the coronavirus on Jan. 27. The travel ban is likely to have a sharp impact on Japan's tourist arrivals from February.