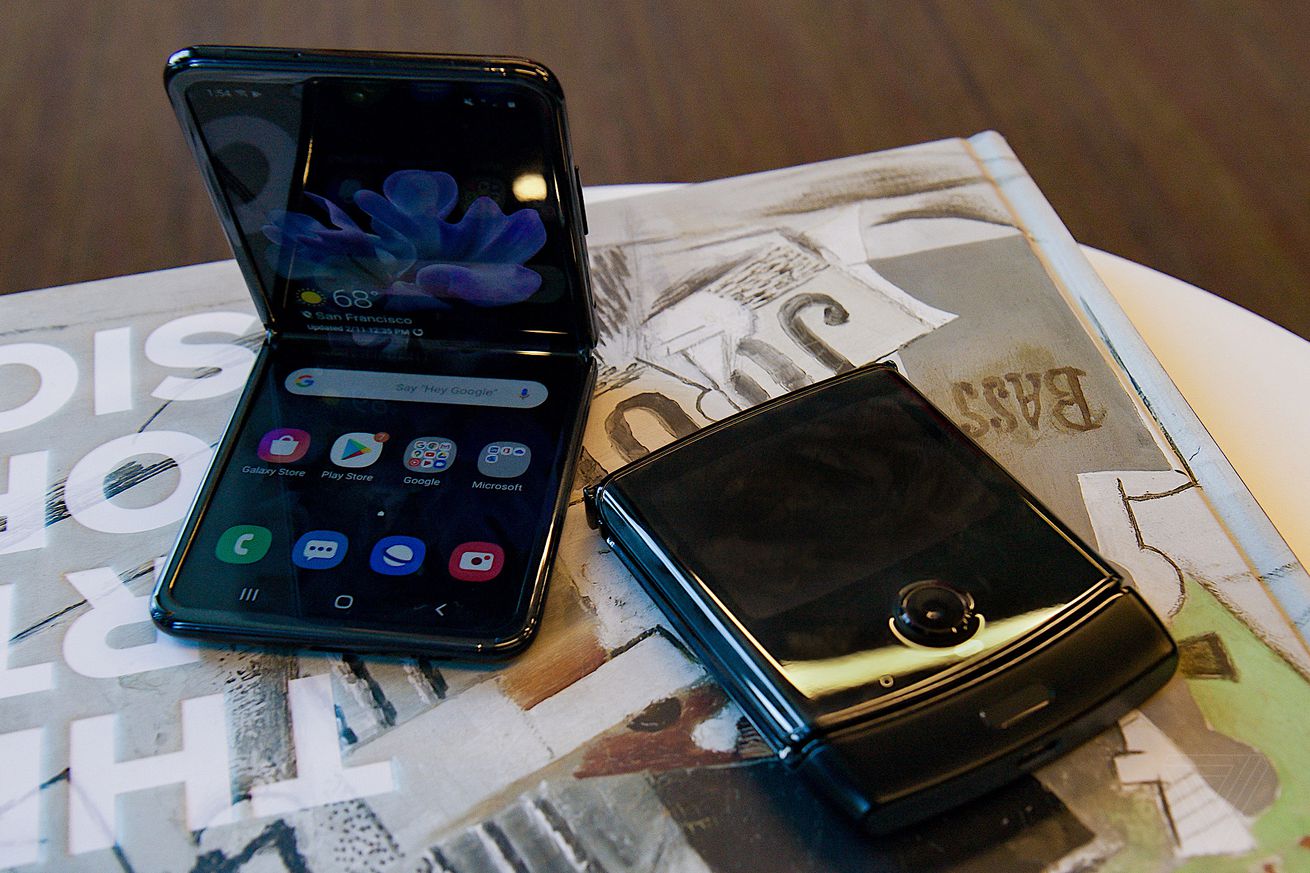 Soon, I swear to you, we will stop talking about folding phones so much in this space. We’re just about finished, as I’ll be working with our video team for the review of the Samsung Galaxy Z Flip today — expect it later this week. A quick thanks to everybody who sent in questions and if you have one, let me know and I’ll try to address it in the review.

There’s a cliché is that three instances makes a pattern and now that there have been three folding phones sold here in the US, a pattern has emerged. The Galaxy Fold, Motorola Razr, and Galaxy Z Flip have each had their respective launch dramas, complete with broken screens, availability issues, and very hard to justify prices.

Recapping the Galaxy Fold and the Motorola Razr at this point seems like overkill, but it is worth noting that at least one Razr developed an absolutely bizarre screen separation issue. Put that next to the well-trod issues with the Fold’s screen and drama round the Z Flip’s screen over the weekend and we’re three-for-three on folding phones with durability issues.

For the Z Flip, it’s at least one cracked screen from the cold and what you might call failures in durability stress testing. JerryRigEverything produced a video showing just how easily the plastic coating on the glass screen picks up marks and scratches and also how the “ultra thin glass” is so thin it hardly acts like glass at all when punctured with a fine point.

I will tell you that our reporting on Samsung’s response led to a full day of confusing ire in my Twitter replies about whether or not Samsung was telling the truth about the Z Flip being made of glass. For the record: it’s glass covered in a plastic coating, which has some advantages over the purely plastic screens on other folding phones but not nearly as many as you might assume. JerryRigEverything’s video is proof of that.

Meanwhile, iFixit will have posted a full teardown by the time you read this story and has also put up a video of its own. The Z Flip utterly failed to stand up to what I think was some pretty harsh abuse: being shaken in a bag of very fine and gritty powder. It was not at all reflective of how I think anybody would treat these phones, but nevertheless not entirely unfair.

The Z Flip has some extra protections against dust ingress and it does have that glass substrate. Compared to both the Galaxy Fold and the Motorola Razr, the Z Flip is a marked upgrade in build quality. Fundamentally, though, these phones are more fragile than any smartphone we’ve seen in quite some time — maybe ever.

Samsung’s improvements deserve credit, but it’s baffling to me that the company didn’t get out ahead of what seem like entirely predictable issues with the Z Flip. Of course people were going to beat it to hell and of course that would lead to justifiable worries about durability. Samsung’s decision to only provide 24-hour loaners to reviewers like myself only adds to the sense of mistrust (I am reviewing a phone I was finally able to purchase after trying all weekend, not the loaner).

Samsung’s response to the screen durability problem is to note there’s a $119 one-time screen replacement and that buyers can go to a U Break I Fix store to have some sort of screen protector installed for free — apparently it requires a professional. But it shouldn’t have been a response, it should have been communicated from the jump.

The other response is a press release touting the qualities of this new glass and suggesting it’s in high demand. There’s even a tagline, “tough, yet tender.” Because what you want out of glass is to think of it like the title of a romance novel.

All three phones had three major launch problems: price, durability, and initial availability. Put all that together and I am confused why Samsung and Motorola treated these phones so much like regular consumer devices instead of the experiments they clearly are.

A much better strategy would have been to just label them as “limited editions.” Treat them like something in between a sneaker drop and Google Glass. A little hype but also a lot of expectation setting about how they’re not ready for the real world yet — plus you could make a big deal out of how few were being produced.

Because all three of these phones share a fourth commonality: the vast, vast majority of people shouldn’t buy one.

┏ Apple warns revenue will be lower than expected because of coronavirus impact.

┏ Coronavirus cancellations show evidence-based decisions are rare during epidemics. Nicole Wetsman with the analysis I have been waiting for. “Being cautious and overreacting at the same time” is the perfect way to describe it.

If the Mobile World Congress had gone on as planned, Abramson says it probably wouldn’t have put attendees’ health at increased risk, if precautions were taken — it was set to take place in Spain, which doesn’t have active spread of the virus. “They were being cautious and probably overreacting at the same time,” Abramson says.

All the below stories from the past day or two are technically unrelated but, as TC Sottek noted on Twitter, seem related on some deeper, metaphysical level. This isn’t a complete thought so don’t hold me to it, but there’s there’s an argument to be made that Bill Gates was the perfect tech CEO for the 1990s and Elon Musk is the tech CEO we deserve (for better or worse) in the 2020s.

┏ Bill Gates bought a Porsche, and then Elon Musk talked trash about him.

┏ Elon Musk says AI development should be better regulated, even at Tesla.

┏ Google appeases Stadia subscribers with the first new game announcements since launch. But at least Google is starting to give more specifics about upcoming games. It’s easy enough to turn the subscription back on if and when I want it. Google also announced a ton of newly compatible phones — though most are Samsung Galaxy phones.

┏ Canceling your Stadia Pro subscription is easy, and you won’t lose your paid games. I did this. When there are more games I might consider re-subscribing — but for now I mainly use it in contexts where the higher resolution is either not that important or not possible because of bandwidth issues.

Also, here’s your regular reminder to think of subscriptions in terms of yearly costs instead of monthly ones, which means you should think of Stadia Pro as costing $120 per year. If it’s your primary gaming platform, that seems worth it. If it’s not, well, the free tier works fine. As with streaming video services, you can subscribe and unsubscribe as often as you like.

┏ Apple might use its own 5G antenna in its 2020 iPhones. This will be a real test for Apple, I think. If it can significantly outperform Qualcomm on this part, I would expect Apple to be more aggressive on its timeline for dropping other parts. There are easy jokes to make about Antennagate here, but I’ll avoid them. The stakes are quite high.

a new report from Fast Company indicates that Apple is looking to limit its reliance on Qualcomm, with the iPhone maker said to be exploring designing its own 5G antenna rather than relying on Qualcomm’s existing hardware. ... The issue at hand is apparently the size of Qualcomm’s QTM525 antenna, specifically for accessing the faster mmWave version of 5G, which a Fast Company source claims is too large for the slim profile of Apple’s next iPhones.