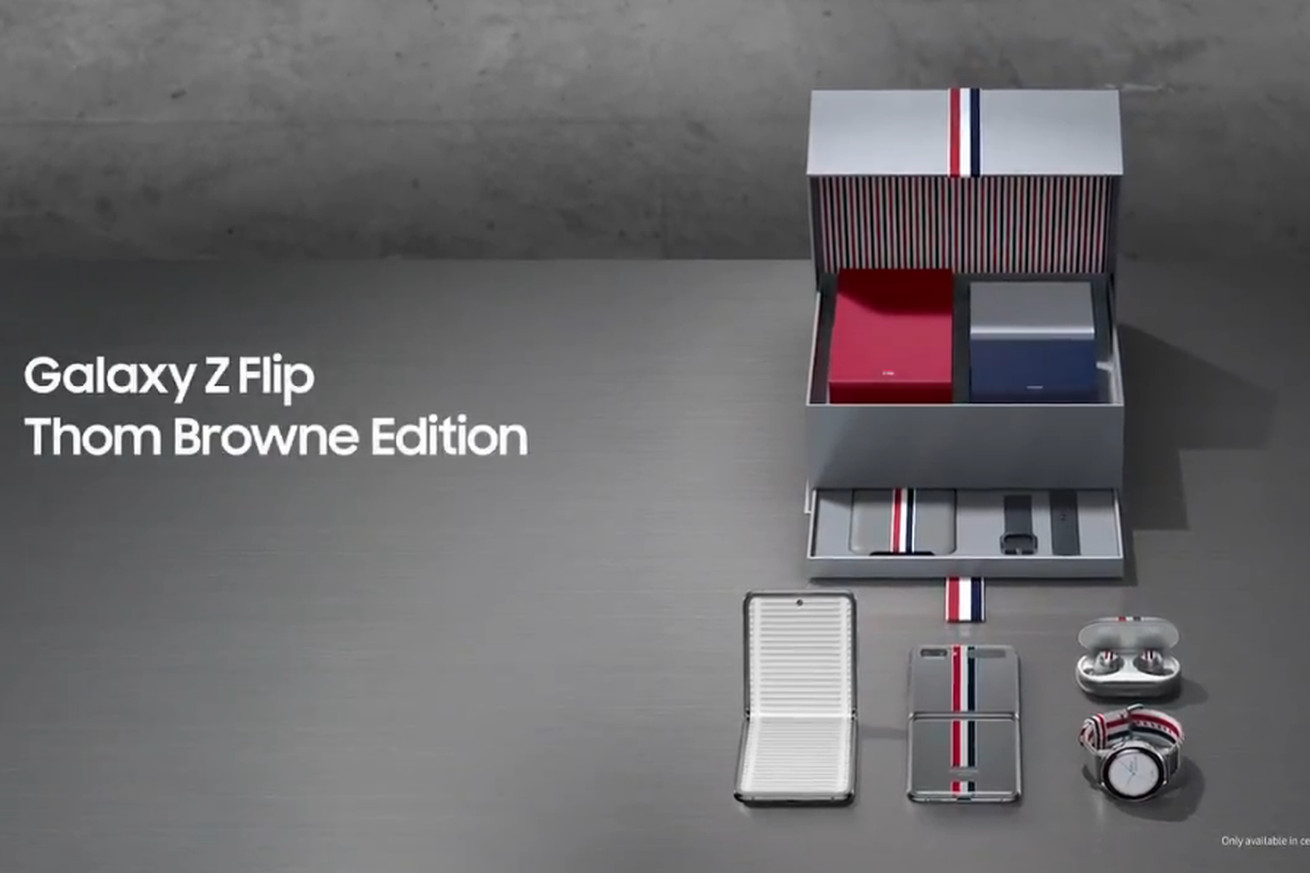 A new promotional trailer for Samsung’s foldable Galaxy Z Flip has leaked online, confirming a fashion-focused Thom Browne Edition of the device. The ad, which was posted to Twitter by @h0x0d, shows the device with the brand’s signature red, white, and blue stripe down its rear, but doesn’t list any spec differences between it and the regular Z Flip. Despite finding the time to spend 90 seconds showing a model slowly walking towards camera, there’s also no mention of price, which is likely to be more than the rumored $1,400 price tag of the handset’s regular edition.

Reports of a Samsung collaboration with the New York-based fashion designer have been around for as long as we’ve known about Samsung’s second foldable. The partnership is presumably meant to widen the Z Flip’s appeal beyond early adopters of gee-whiz tech to the kind of melancholic weirdos who appreciate well-shot, and yet completely bananas advertising. It comes at a time when the durability of foldable devices is still relatively unproven, despite the strenuous lab testing that manufacturers say they’ve been putting their devices through. Notably, the Z Flip is supposed to have a flexible glass display that resists scratches better than the current generation of plastic foldables.

The emergence of this promotional video has come amidst a tidal wave of leaks ahead of Samsung’s Galaxy S20 launch event on Tuesday, which included a promotional trailer for the Z Flip that Samsung itself decided to put out last night during the Oscars. For a full rundown, here’s everything we know so far about Samsung’s second foldable.