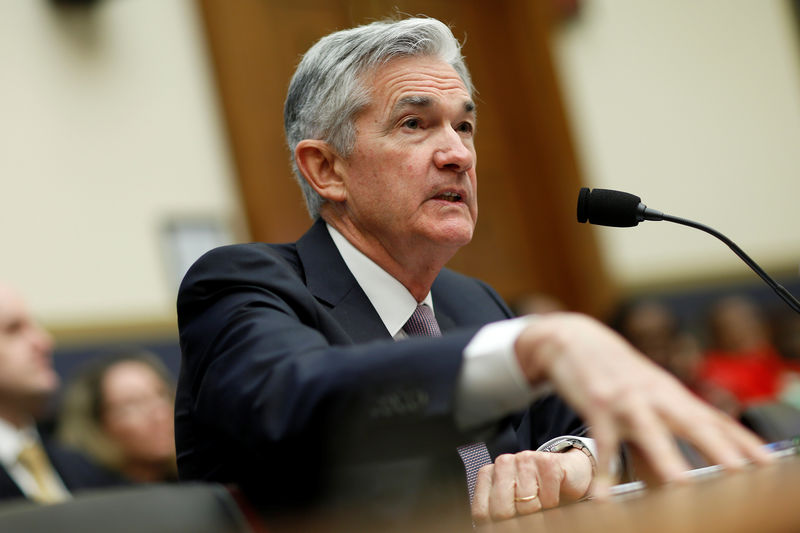 Katie Porter, a California representative, grilled Powell over whether the people in attendance -- including Bezos, Ivanka Trump and Jared Kushner, Kellyanne Conway and Jamie Dimon -- were in a position to benefit financially from the ability to weigh in on monetary policy in private conversations with the Fed chair.

“Can you imagine how attending a lavish party at Jeff Bezos’s $23 million home -- along with Jared and Ivanka, and the CEO of JPMorgan Chase (NYSE:JPM), Jamie Dimon -- might give off the sense to the public that you are not, in fact, immune from external pressures?” Porter asked Powell.

“I would certainly hope not,” he replied.

Porter then asked Powell what he talked about with them at the party, to which he replied that he didn’t speak with any of the people she had named.

“I would just suggest that attendance at this kind of event with these kinds of people is inconsistent with what I would otherwise commend you on,” Porter said.

The California congresswoman’s rebuke comes amid a novel push at the Fed to solicit more feedback from community leaders on its monetary policy making. The central bank conducted a series of “Fed Listens” events around the country in 2019 as part of a review of its policy framework, which it expects to conclude sometime around midyear.

Warren Davidson, a Republican from Ohio, came to Powell’s defense at the hearing.

“I don’t know we want to say just because you’re at an event somehow this is nefarious,” he said, noting that many lawmakers themselves attend such parties. “The way that these things are linked for political motives is embarrassingly partisan and bad.”