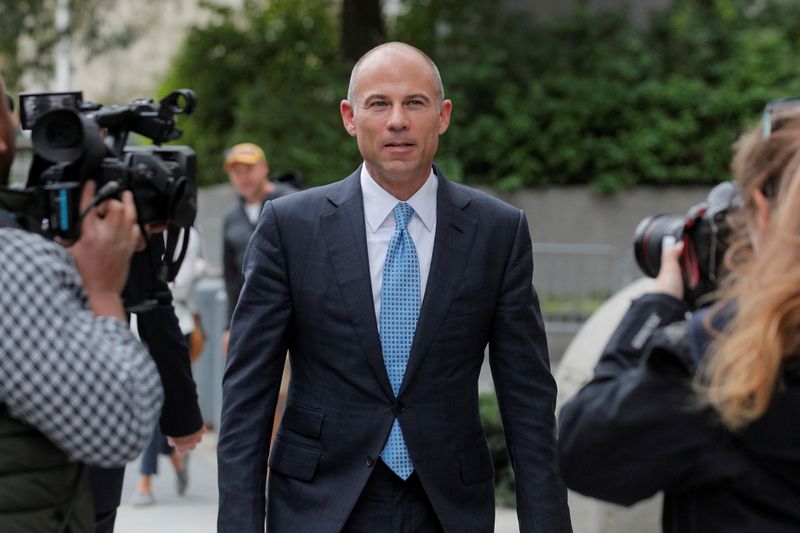 Gary Franklin, the founder and coach of youth basketball team California Supreme, spoke during cross-examination in Manhattan federal court by one of Avenatti's lawyers, who hope to show their client simply represented Franklin's interests at the time by threatening a press conference about the payments.

In halting testimony, Franklin repeatedly struggled to recall efforts, including by his adviser Jeffrey Auerbach, to address Nike's conduct in the year before he hired Avenatti in March 2019, even when shown documents about what he and Auerbach discussed.

Franklin conceded he was ready in October 2018 to "drop the bomb" as Auerbach put it, but said this only meant alerting Nike sports marketing chief John Slusher that two Nike executives wanted him to funnel the illicit payments and falsify invoices.

The coach also said he later considered going to the FBI, at Auerbach's suggestion.

He hired Avenatti after Nike stopped sponsoring California Supreme, the executives rebuffed his entreaties and Slusher referred him to the Beaverton, Oregon-based company's law firm.

Avenatti is charged with shaking down Nike by threatening to expose its alleged misconduct unless the company hired him and celebrity lawyer Mark Geragos for $15 million to $25 million to conduct an internal probe, and pay Franklin $1.5 million.

Prosecutors have tried to show that Avenatti was more interested in clearing away his debts, some of which were described on Thursday to jurors, and lining his own pockets.

Avenatti has pleaded not guilty. Nike has denied wrongdoing.

Franklin has testified he was blindsided when Avenatti, just prior to his arrest on March 25, tweeted his plan for a press conference.

The coach said he had hoped to restore his relationship with Nike, whose sponsorship brought his team $72,000 annually.

Auerbach testified for the prosecution.

Nike is under a U.S. Securities and Exchange Commission probe related to the suspect payments, according to statements and testimony at the trial, now in its eighth day.