Bolton says he hopes book is not 'suppressed' by White House 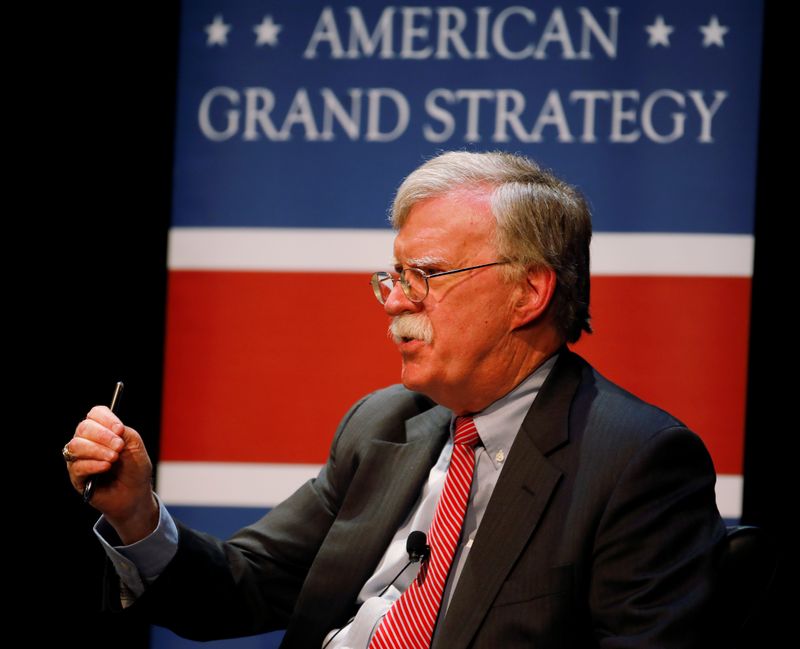 WASHINGTON (Reuters) - John Bolton, the former national security adviser to President Donald Trump, raised concern on Monday about his unpublished book being "suppressed" by the White House and suggested he should be able to respond to the president's tweets about him.

“I hope, ultimately, I can get the book published,” Bolton told a Duke University event in North Carolina during his first public remarks since Trump's acquittal in his Senate impeachment trial. “I hope it’s not suppressed.”

Asked about the president's criticism of him on Twitter, Bolton said: “He (Trump) tweets, but I can’t talk about it. How fair is that?”

Bolton, 71, left his post in September after disagreements with the president. Trump said he fired him. Bolton said he quit.

Media outlets reported in October that Bolton, a leading foreign policy hawk, was planning to write a book about his time in the Trump administration.

The New York Times reported that Bolton wrote in his manuscript that Trump wanted to continue freezing $391 million in security assistance to Ukraine until officials there helped with investigations into Democratic rival Joe Biden — an allegation that fueled Trump's impeachment.

On Dec. 18, the Democratic-led House of Representatives approved two articles of impeachment charging Trump with abuse of power and obstructing Congress relating to his actions in Ukraine. Trump denied wrongdoing and denounced the impeachment process as a sham.

The Republican-led Senate acquitted Trump largely along party lines on Feb. 5 in only the third presidential impeachment trial in U.S. history.

Bolton had refused to cooperate with the House impeachment investigation, but said on Jan. 6 he would be willing to testify in the Senate trial if subpoenaed to do so. Democrats sought his testimony at the trial, but the chamber voted not to call witnesses.

The White House informed Bolton in January that his book manuscript appeared to contain “significant amounts of classified information” and could not be published in its current form.

Bolton said during Monday's event that the White House was still doing a pre-publication review of his manuscript.