Bill Barr: Trump’s tweets make it “impossible” to do my job 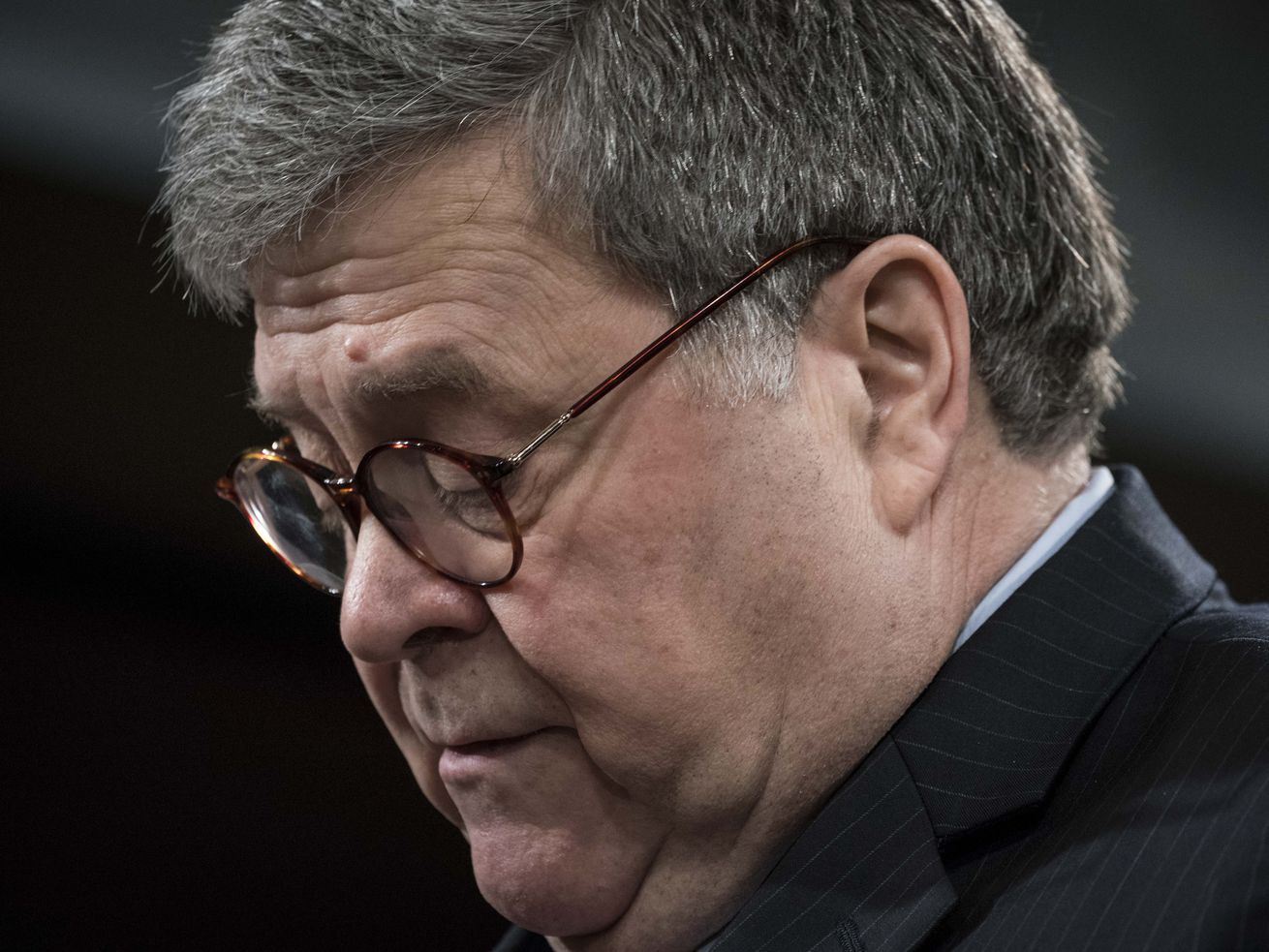 The president is making obvious what the attorney general is doing all on his own.

Attorney General Bill Barr said Thursday that while President Donald Trump has never asked him to interfere in a criminal case, his tweets make it “impossible” for Barr to do his job.

Barr made the comments during an exclusive interview with ABC News after days of a roiling controversy over the Justice Department’s leadership wading into the politically charged Roger Stone case that came out of special counsel Robert Mueller’s investigation.

“I’m happy to say, in fact, the president has never asked me to do anything in a criminal case,” Barr told ABC News.

It’s an interestingly timed interview for Barr, who has consistently echoed Trump’s criticisms of the Mueller probe and has used his tenure in the Justice Department to try to diminish the legitimacy of the Russia investigation.

In the interview, Barr defended the department’s decision on Tuesday to change the initial recommendation that Stone serve a seven- to nine-year sentence for obstructing and lying to Congress and witness tampering. Barr claimed he suggested that prosecutors defer to the judge. He also insisted the reversal had nothing to do with a Trump tweet earlier that morning that called the original recommendation “a horrible and very unfair situation.”

All four prosecutors on the Stone case withdrew from the case once it was clear the sentence recommendation would be tweaked, suggesting, at the very least, that they disagreed with the decision.

Barr told ABC News that he discussed the sentencing recommendations with the current US attorney for the District of Columbia (who just began in the post on February 3 and had not previously overseen the Stone case).

Barr said when he saw the news reports about a seven- to nine-year sentence, he thought the media was spinning it. “I was very surprised,” he told ABC News’s Pierre Thomas, saying he told his staff “that night” to get ready to amend the sentencing memo.

“I had made a decision that I thought was fair and reasonable in this particular case, and once the tweet occurred, the question was: Do you go forward with what you think is the right decision, or do you pull back because of the tweet?” Barr said.

“And that just sort of illustrates how disruptive these tweets can be,” he added.

But Barr tried to separate the two for ABC News, basically saying Trump was being Trump with his tweets but that it did not influence him in the Stone case; Barr said his mind had already been made up.

Trump may not like Barr’s comments about his tweeting (at least Barr gets compliments, Jeff Sessions might think), but he has little to complain about when it comes to his attorney general. Trump has long disdained the Mueller probe, calling it a “hoax” and a “witch hunt.” And while he rails about it on Twitter, Barr has taken actual steps to spin it — or at least reduce some of its reach.

Beyond the intervention for Stone — who was convicted of lying and obstructing a congressional investigation, and witness tampering over his knowledge about WikiLeaks — the Justice Department has also intervened in the case of former National Security Adviser Michael Flynn, who plead guilty to lying to the FBI in the Mueller probe, recommending a reduction in his sentence as well.

Critics have long accused Barr of acting as Trump’s personal attorney, beginning with his handling of Mueller’s investigation into Russian interference in the 2016 election. Barr released selective details about Mueller’s report, which Trump used to declare “total exoneration,” despite Mueller himself disputing Barr’s characterization and urging him to release more detailed summaries. Barr refused; nearly a month later, he released a redacted version of Mueller’s full report, but not before giving a news conference that defended the president as “frustrated and angered by a sincere belief that the investigation was undermining his presidency.”

Barr also disputed some of the findings in the Justice Department inspector general’s report that found political bias did not motivate the opening of the Russia investigation. “The FBI launched an intrusive investigation of a US presidential campaign on the thinnest of suspicions that, in my view, were insufficient to justify the steps taken,” Barr said after the release of the report.

The attorney general also ordered a separate investigation into the origins of the Russia probe, led by Connecticut US Attorney John Durham. That investigation is reportedly looking into whether Obama administration intelligence officials potentially manipulated evidence to conclude that the Kremlin interfered to benefit Trump, and not merely to sow discord.

All told, Barr is probably right — Trump’s tweets are likely to complicate the job he’s already doing efficiently and probably would prefer to do quietly, with the least amount of scrutiny.

But he dismissed some of those criticisms leveled against him about his lack of independence in the ABC interview. “I’m not going to be bullied or influenced by anybody,” Barr said, “whether it’s Congress, newspaper editorial boards, or the president.”