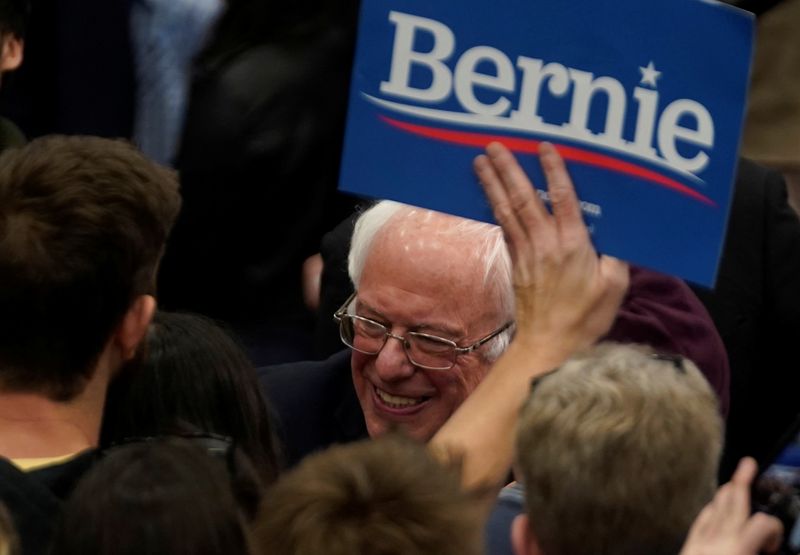 The Culinary Workers Union said supporters of Sanders, a front-runner in the Democratic White House race, "viciously" attacked the organization via Twitter, text, voicemail and direct messaging after the union criticized the senator's universal healthcare plan on Tuesday.

Sanders, a progressive who bills himself as a champion of organized labor, did not acknowledge his own supporters' alleged abusive behavior specifically and applied his call for an end to harassment to all campaigns' backers, but said members of his movement must be "respectful."

"Harassment of all forms is unacceptable to me, and we urge supporters of all campaigns not to engage in bullying or ugly personal attacks," he said in a statement.

Sanders won the most votes in Democratic nominating contests in Iowa and New Hampshire this month. The next contests in the state-by-state battle to pick a candidate to face Republican President Donald Trump in November's election are in Nevada on Feb. 22 and South Carolina on Feb. 29.

Sanders' opponents have frequently criticized his legion of online supporters for engaging in attacks, including those aimed at female candidates such as his 2020 rival Senator Elizabeth Warren and former Secretary of State Hillary Clinton, who defeated him for the 2016 Democratic nomination.

He previously urged his supporters to engage in civil discourse, but his backers have argued that they have been unfairly maligned.

The 60,000-member Nevada union, with outsized influence in a state heavily dependent on tourism, said on Thursday it would not endorse a presidential candidate, but warned its members that Sanders' Medicare for All proposal, which would replace private health insurance with a government-run program, could put their hard-won union health coverage at risk.