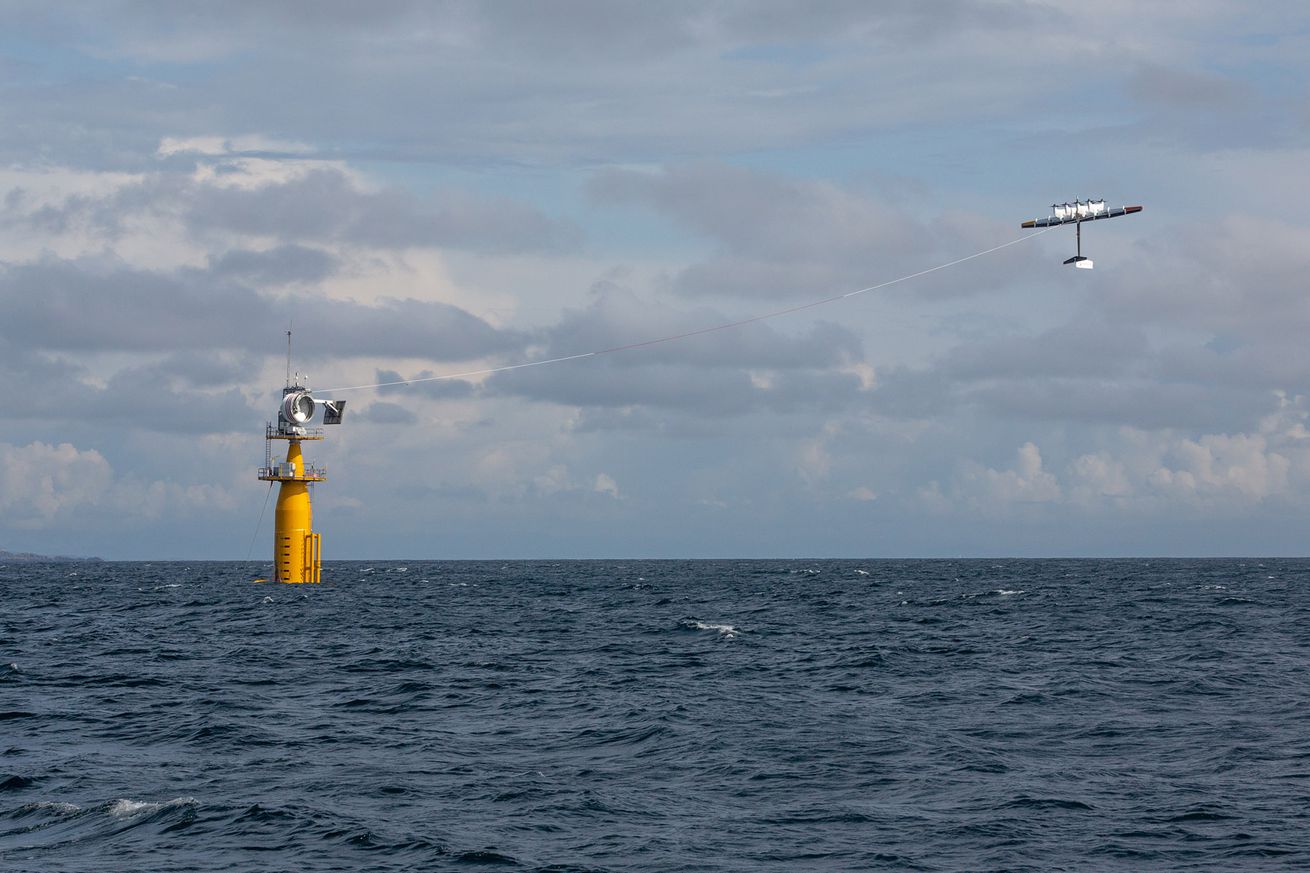 The kites are attached to buoys out at see, and use turbines to generate power. | Image: Alphabet

Alphabet is ending its work on Makani, a project that tried to generate power using wind turbines attached to kites, Makani’s CEO has announced. Despite successfully demonstrating a flight off the coast of Norway last year, the CEO said that business and technology challenges meant that “the road to commercialization is longer and riskier than hoped.” Energy company Shell, which collaborated with Makani on last year’s flight, is “exploring options” to take on its tech, according to the Financial Times.

Makani is the first of Alphabet’s moonshot projects to have been shuttered since Larry Page and Sergey Brin stepped back from the business last December. Alphabet and Google CEO Sundar Pichai is under pressure to reduce Alphabet’s losses from its “Other Bets” segment. The Financial Times notes that last year the division lost the company $4.8 billion, up from $3.4 billion the year before. The closure appears to be part of wider cost-cutting at Alphabet. Earlier this week Google announced it would be ending its work on Stations, a free Wi-Fi project aimed at developing countries.

The executive in charge of Alphabet’s X division, Astro Teller, said it’s necessary to focus Alphabet’s investments on the climate change technology that can have the “greatest impact.” Teller, who is also the chairman of Makani’s board, said that “while it’s tempting to say that all climate-related ideas deserve investment, remaining clear-eyed and directing resources to the opportunities where we think we can have the greatest impact isn’t just good business; it’s essential when it comes to a problem as urgent as the climate crisis.” The statement was reported by TechCrunch.

Makani achieved some successes during its seven years under the Alphabet umbrella. It developed its 20kW demonstrator kite into a “utility-scale” model that’s capable of generating 600kW, and which has some advantages over traditional offshore wind turbines. The kites are attached to floating buoys out at sea, and don’t need the expensive ocean platforms required by typical offshore wind farms. The design also means the turbines can be used in windy areas where the ocean is considered too deep for traditional wind farms.

However, voices both inside and outside of Alphabet raised concerns about the project’s progress. In 2018 an EU report pointed out that “the technology still has a long way to go before it can reach commercialisation,” according to the Financial Times. It said that the concept would not be viable until the team could demonstrate that it could operate reliably and autonomously.

First founded in 2006, Makani was acquired by Google in 2013 and integrated into the company’s Google X moonshot wing. Then, last year it was spun out into its own business. Alphabet now hopes to reassign Makani’s “dozens” of employees to other climate change-related projects within the company, while a small team will collate the project’s research to allow it to become useful for others.

Energy company Shell has expressed an interest in continuing Makani’s work. “We believe that Makani remains one of the leading airborne-wind technologies in the world and we are exploring options to continue developing the technology within our New Energies strategy,” the company’s vice-president of Wind Development, Dorine Bosman, told the Financial Times.