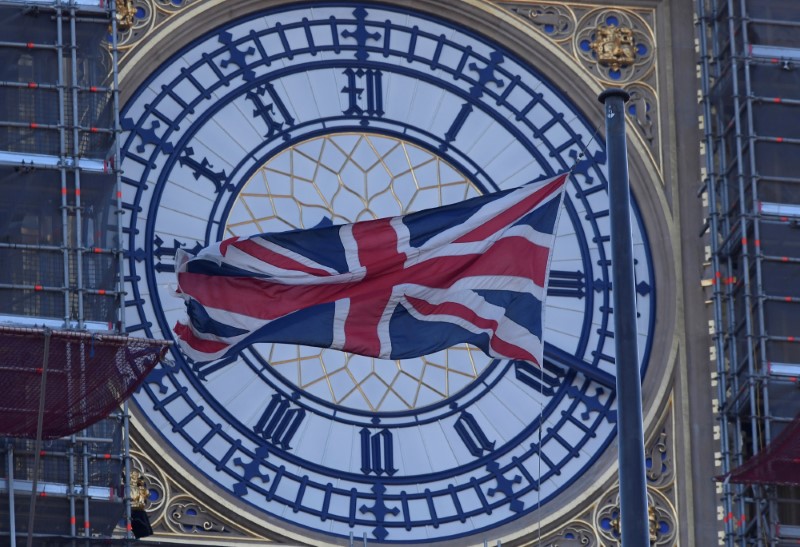 By Elizabeth Howcroft and Andy Bruce

LONDON (Reuters) - British households grew more confident about their finances and a measure of house prices rose by a record amount for January, according to surveys which added to other signs of a brightening mood in the economy since last month's election.

Ten days before the Bank of England decides whether to cut interest rates, the surveys published on Monday suggested that some of the uncertainty that has weighed on the economy has lifted after Prime Minister Boris Johnson's big election win.

IHS Markit, a data firm, said its Household Finance Index rose to a one-year high of 44.6 in January from 43.2 in December, chiming with other sentiment surveys from both businesses and consumers that have shown an increase in optimism.

Earlier on Monday, property website Rightmove said asking prices for houses increased in January at a record pace for the month, up 2.3% compared with December.

Still, BoE officials are likely to want to see whether the cheerier mood has translated into actual spending as they weigh up whether to cut rates on Jan. 30.

"What data there has been released capturing the post-election period suggests that the outcome has had a positive effect on consumer and business sentiment," analysts at RBC said in a research note.

"Our view remains that a majority of (BoE officials) will prefer to wait for evidence of how the economy is responding to the outcome of December's election and the removal of near-term Brexit uncertainty before deciding on a policy move."

Money markets currently price in a roughly 65% chance that the BoE will cut interest rates on Jan. 30, although economists in a Reuters poll of economists published last week are more skeptical. Sixty out of 68 forecast no change to rates.

Investors will be watching Friday's "flash" IHS Markit/CIPS purchasing managers' indexes carefully for an early indication of the economy's health this month.

"Latest survey data certainly show some post-election bounce for UK households, with the headline index up to a one-year high and house price expectations at their strongest since October 2018," Joe Hayes, an economist at IHS Markit, said.

Weakening inflation had helped to ease pressure on living costs, the survey showed.

However, a separate index measuring households' expectations of future financial wellbeing slid back into negative territory in January, as gauges of perceptions of workplace activity and income weakened.

The proportion of households expecting a BoE rate cut "at some time" increased to 23.1%, while those expecting a rate hike in the next three months went down slightly to 19.5%, IHS Markit said.