Trump downplays US troop injuries from Iran’s attack, calling them “not very serious” 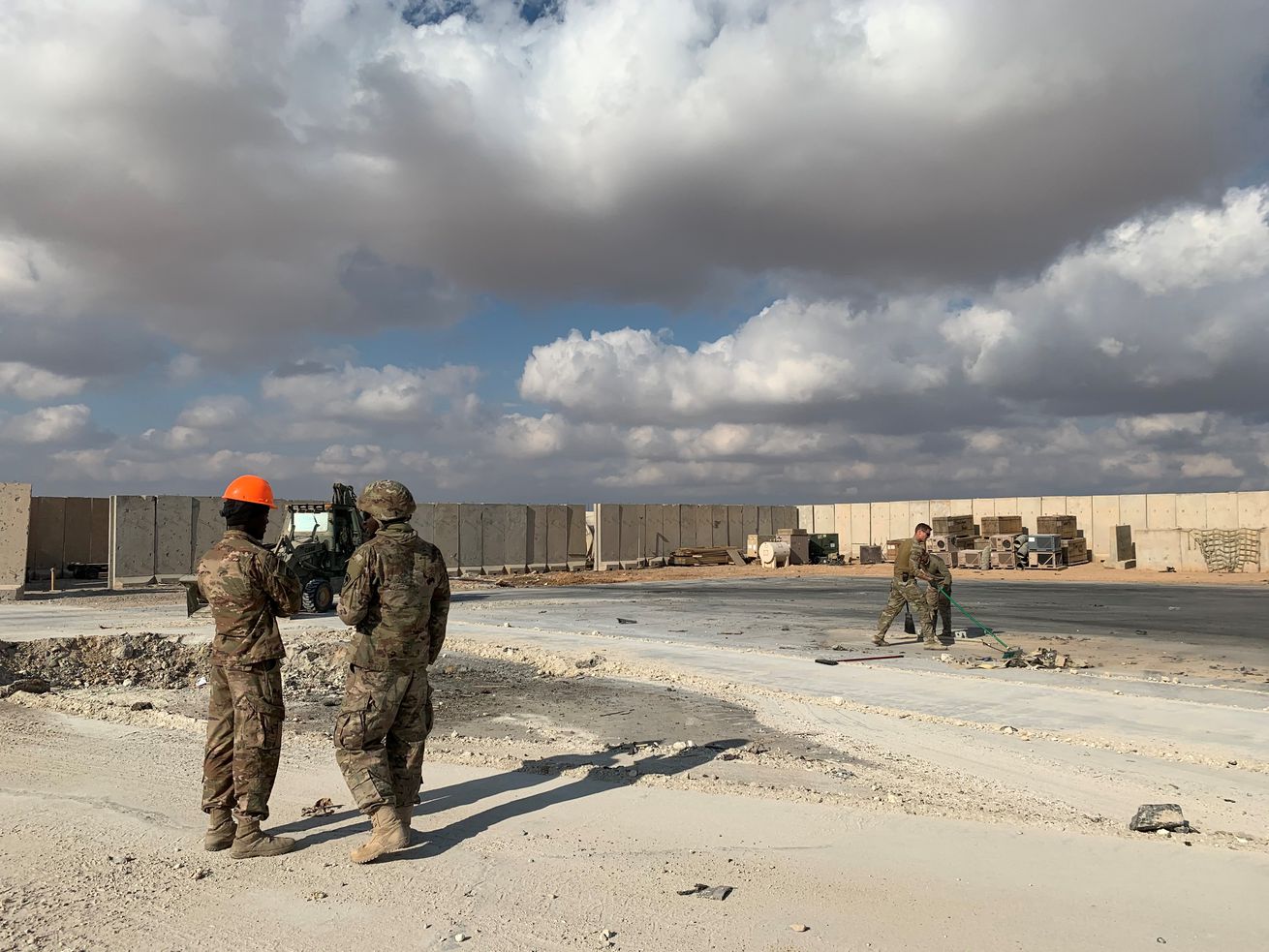 Trump’s remarks struck many as callous. But he may have had a reason for making them.

President Donald Trump is minimizing the injuries sustained by US troops attacked by Iran earlier this month, describing them as just “headaches.”

“I’ve seen what Iran has done with roadside bombs to our troops. I’ve seen people with no legs and no arms. I’ve seen people that were horribly, horribly injured,” Trump said Wednesday during his trip to the World Economic Forum at Davos, Switzerland. “I don’t consider them very serious injuries relative to other injuries that I’ve seen.”

Trump’s comments struck many as callous, given that concussions and potential traumatic brain injuries, which more than 11 military members are being evaluated for, can have serious long-term consequences.

But there’s another read of Trump’s comments: It could very well be that the president is simply trying to deescalate the still sky-high tensions with Iran.

After Tehran fired 16 missiles at two US military sites in Iraq earlier this month, the Trump administration repeatedly said there were no casualties. Trump, during a January 8 address at the White House, reiterated that message by saying “all of our soldiers are safe.”

Then last week, a Pentagon spokesperson admitted 11 military members sustained injuries in the Iran strikes, saying in a statement that the troops were “treated for concussion symptoms from the blast and are still being assessed” in Germany and Kuwait.

And then on Tuesday — almost two weeks after Trump and other officials said no one was hurt — another Defense Department spokesperson said that “additional service members have been identified as having potential injuries” and are under evaluation in Germany, too, though the exact number of troops or nature of the injuries is unclear.

While Iran didn’t kill a single US military member — as far as we know — it’s clear the human toll is much higher than the administration initially let on. Of course, it’s possible that officials didn’t notice the injuries until well after the Iran attack, as the first injuries to be identified are usually those involving visible physical wounds.

Trump, during his trip at the World Economic Forum in Davos, Switzerland on Wednesday, was asked about his initial comments downplaying the casualty figures.

In his view, the concussions US troops are recovering from now aren’t that big a deal.

“I heard that they had headaches, and a couple of other things,” he responded. “But I would say — and I can report — it’s not very serious,”

He went on to say that he only learned about the injuries days after his White House remarks, adding that reporters should direct any additional questions to the Pentagon.

REPORTER: Initially you said Iran's relation for Soleimani didn't injure anyone. We now know 11 service members were airlifted. Can you explain?
TRUMP: I can report it's not very serious
R: You don't consider a potential brain injury serious?
TRUMP: Ah, you'd have to ask DoD pic.twitter.com/jtHTx87fyb

There’s no question that the president shouldn’t speak so dismissively about US troops having concussions. As the Rand Corporation’s veterans expert Phillip Carter has tweeted, concussions are one of the “signature” injuries of the US wars in Iraq and Afghanistan. The Department of Veterans Affairs is spending billions of dollars to understand the effects of traumatic brain injuries, including their links to dementia, Alzheimer's disease, and Parkinson’s disease.

In other words, concussions are very serious and much more than just “headaches.” It’s surely demoralizing to the hundreds of thousands of service members who’ve had similar injuries to hear the president speak this way.

But there’s a chance Trump minimized the injuries for a specific reason: to stop tensions with Iran from escalating out of control.

Trump’s clear red line with Iran was that its military or regional proxies couldn’t kill an American. If they did, the US would respond forcefully.

He followed through on that red line in late December after a Tehran-backed proxy militia killed a US contractor in Iraq, prompting the president to strike five of the group’s sites, leaving 25 members dead and another 50 injured.

And after members of that same militia — Kata’ib Hezbollah — surrounded and breached the US Embassy in Baghdad on New Year’s Eve, setting the front reception room ablaze, Trump opted to kill top Iranian military leader Qassem Soleimani on January 2.

Six days later, Iran responded with its own counterstrike, launching 16 missiles total at the al-Asad airbase and another site in Iraq’s north.

The chance for full-blown war with Iran would have risen had Iran’s weapons killed an American service member. The president would surely have felt pressure to respond from some of his key aides, like Secretary of State Mike Pompeo, and he might have ordered a larger strike inside Iran.

At that point, there would be no doubt of Iranian retaliation — and a cycle of violence would only get worse.

The fact that at least 11 military members may have sustained concussions or worse doesn’t seem to have crossed the president’s red line. But it’d be hard for Trump not to hit back at Iran in a substantial way for seriously injuring so many American service members. It’s therefore possible that Trump doesn’t want to elevate the situation, as otherwise he’d face immense pressure from inside and outside his administration to do something about it.

Many might wish Trump would find a better way to avoid such a trap. But if he did so in service of avoiding a bigger fight with Iran, then his seemingly heartless comments may have tried to serve a greater purpose.