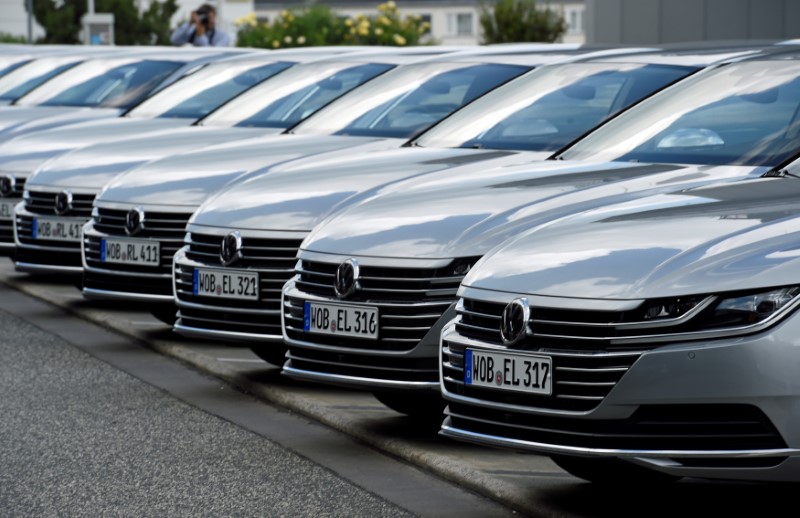 BERLIN (Reuters) - A truce in the U.S.-China trade dispute has left German investors at their most optimistic since mid-2015, a leading survey showed, but its compiler cautioned that the growth outlook for Europe's dominant economy remains subdued.

Economic sentiment among investors rose to 26.7 in January from 10.7 in December, according to Tuesday's ZEW research institute survey - its highest reading since July 2015 and well above a forecast of 15.0.

"This gives rise to the hope that the trade dispute's negative effects on the German economy will be less pronounced than previously thought," Wambach said.

The United States and China are among Germany's most important export markets.

But while the outlook for the historically export-focused economy had improved, growth was still expected to remain below its long-term average, Wambach said, and trade experts expressed doubt that the Sino-U.S. deal would automatically benefit Germany and the wider euro zone.

Germany's BDI industry association has said there are no signs of improvement in manufacturing and it expects overall German growth to slow further this year.

Daniela Ordonez, an analyst with Oxford Economics, said the big picture in the euro zone remained one of weak growth ahead. "The manufacturing recovery will be capped by timid global trade and a still high level of uncertainty, while fiscal policy support will remain insufficient," she said.

Gabriel Felbermayr, president of the Kiel Institute for the World Economy, forecast the Phase 1 trade deal would redirect global trade flows and cut demand for European goods worth nearly $11 billion, with Germany likely to be hurt most.