Home World News Top US Iran envoy: We will kill Soleimani’s successor if another American is murdered

Top US Iran envoy: We will kill Soleimani’s successor if another American is murdered 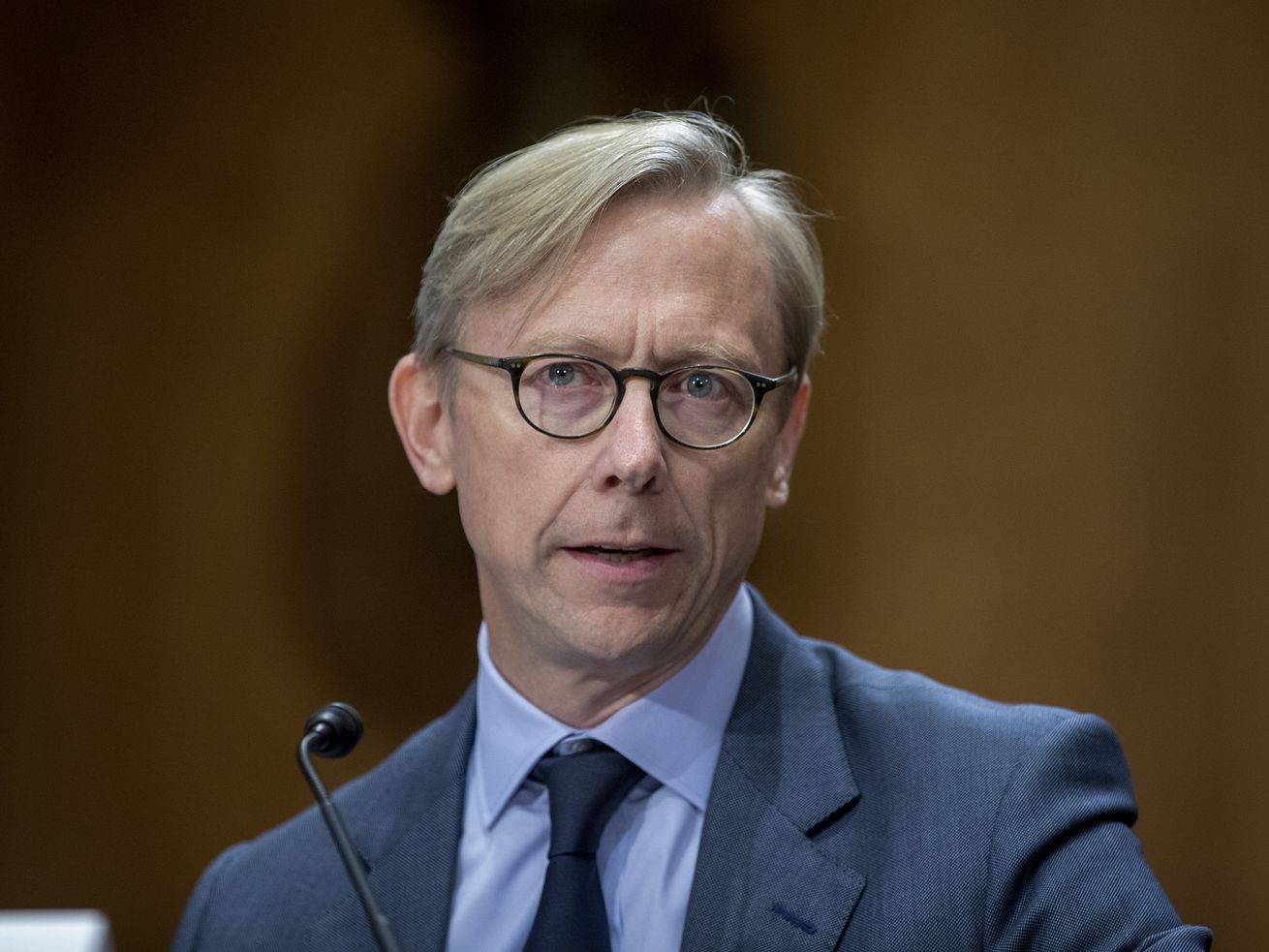 The Trump administration’s top envoy for Iran just put assassination back on the table when he said the US will take out the successor to slain Iranian military leader Qassem Soleimani — if the successor continues along the path of killing Americans.

That forceful message, delivered by Brian Hook during an interview with the Asharq al-Awsat newspaper in Davos, Switzerland, on Thursday, serves as a stark warning to Tehran — and could conceivably increase tensions with the US.

If new Quds Force Commander Esmail Ghaani “follows a similar path of killing Americans, he will meet the same fate,” Hook said. “The president has made clear for years that any attacks against American personnel or interests in the region will be met with a decisive response.”

“This is not a new threat,” Hook continued. “I think the regime now understands that they cannot attack America at will, and expect to get away with it. So we will hold the regime and its proxies accountable for any attacks on Americans, or on American interests in the region.”

President Donald Trump ordered the killing of Soleimani on January 2 after an Iranian-backed proxy militia killed an American contractor in Iraq. Six days later, Iran responded with its own counterstrike, launching 16 missiles total at the al-Asad airbase and another site in Iraq’s north. No one was killed, but at least 11 US military members received injuries, such as concussions, requiring them to receive further care in Germany and Kuwait.

Since the Iranian response — which accidentally resulted in the downing of a Ukrainian passenger jet — the chance of a full-blown war with Iran has tamped down. But Hook’s comment could make tempers flare, as the Trump administration has now openly threatened to kill another key member of Iran’s military. Hook is right to note that Trump has been consistent regarding his red line — the US responds forcefully when an American is killed — but stating it so brazenly and explicitly in these terms is a whole other matter.

“It’s wildly inappropriate and dangerous for an American diplomat to openly threaten individual assassinations of Iranian military commanders,” Suzanne Maloney, an Iran expert at the Brookings Institution think tank in Washington, told me. “There is a rhetorical and substantive difference between promising tough, decisive US responses to any attacks on Americans vice specific threats to kill individual commanders — especially from a State Department official.”

The White House and Pentagon didn’t immediately respond to a request for comment on whether or not taking Ghaani out, should Iran kill an American, is official US policy.

Who is Esmail Ghaani?

An unintended consequence of Hook’s interview, perhaps, is that it elevates Ghaani’s stature. Being a clear American target could give him more cachet among his troops and some regime officials. That’d be quite a development for the secretive military leader who now has to come out of the shadows to take over for Soleimani, a high-profile military leader for two decades.

Ghaani, like Soleimani, fought in the Iraq-Iran war of the 1980s, joining the newly formed Quds Force. But the now 62-year-old has remained a largely unknown figure, though he has been a prominent member of the Iranian military for years. That longevity seemingly brought him close to his predecessor. “We are children of war,” Ghaani once said of Soleimani, according to Iran’s state-run IRNA news agency. “We are comrades on the battlefield and we have become friends in battle.”

One thing is clear, though: He’s not a fan of America. “If there were no Islamic Republic, the US would have burned the whole region,” Ghaani has said.

So far, Ghaani has remained somewhat elusive and not as public as Soleimani was. He may still be biding his time before taking on the public mantle he’s expected to assume.

The new commander, then, will likely continue Soleimani’s policy of trying to export Iranian influence throughout the Middle East and thwart American aims in the region. Whether or not Hook’s warning will deter him from going a step too far, though, will only be known with time.