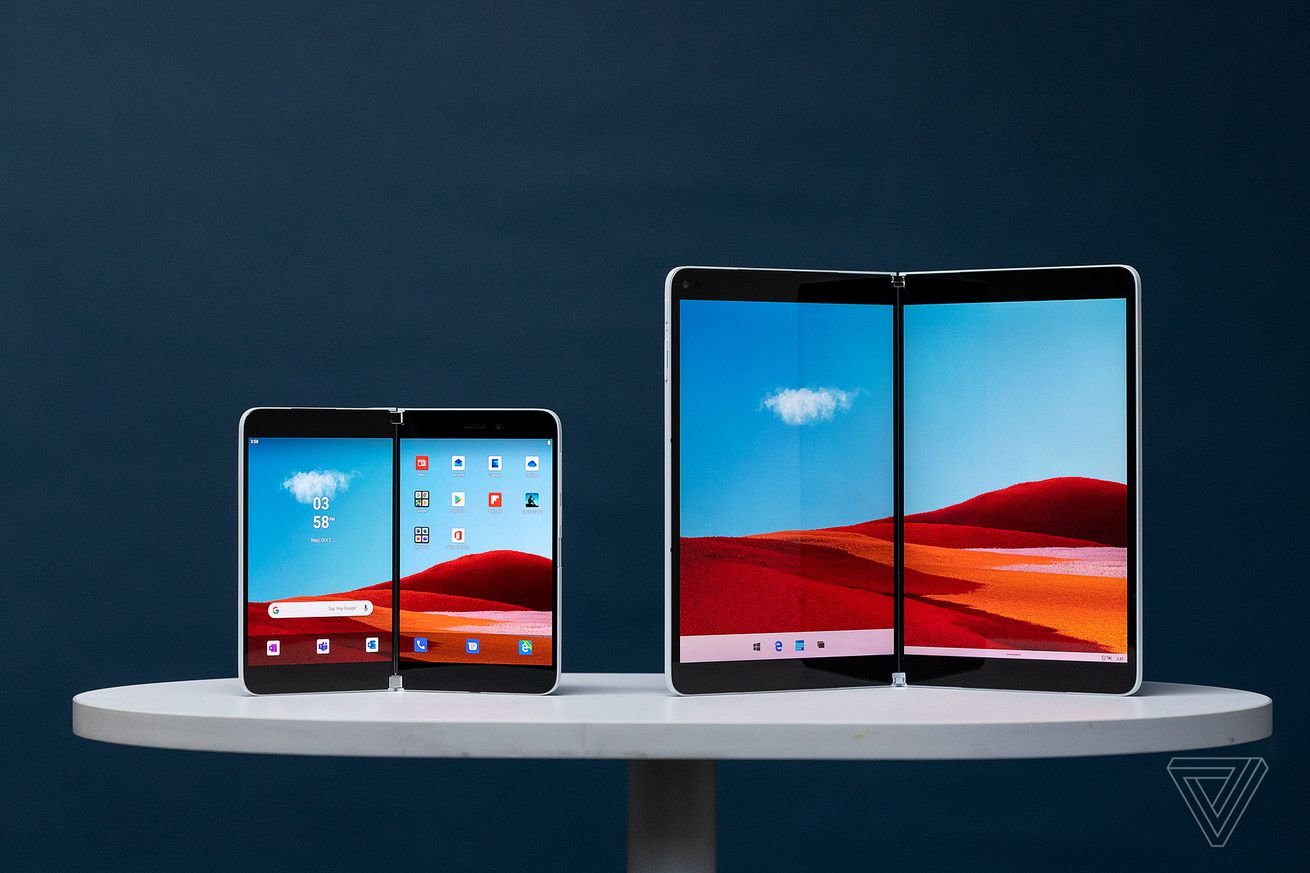 Microsoft is starting to share more details on exactly how it imagines apps will run on dual-screen devices like the Surface Duo and Surface Neo. The software giant unveiled both devices back in October, with the smaller Surface Duo running Android and the larger Surface Neo powered by Windows 10X. Now, Microsoft is getting developers ready to test their apps to see how both devices will span them across both displays.

By default, an app will occupy a single screen according to Microsoft. Surface Duo or Surface Neo users can then span the app across both displays when they’re in double-portrait or double-landscape layout. Microsoft envisions that app developers will experiment with different ways to utilize both screens. Some of these include simply using both screens as an extended canvas, having two pages of a document shown at once, using the second display as a companion or dual view of something, or having a master part of the app on one display and details on the second.

These are “initial app pattern ideas,” according to Microsoft, and the company could well extend them based on developer feedback in the coming months. Microsoft is also releasing an Android emulator for the Surface Duo today to allow devs to test mobile apps. A Windows 10X emulator for the Surface Neo will arrive next month at around the same time that Microsoft plans to detail more of its dual-screen plans during a developer webcast.

Other OEMs like Dell, HP, Lenovo, and Asus are also working on Windows 10X dual-screen and foldable devices. We’ve already seen one from Lenovo in the form of the ThinkPad X1 Fold, but we’re hoping to see more in the coming months. Microsoft is also planning to reveal more details about its dual-screen plans at the company’s Build developer conference in May.