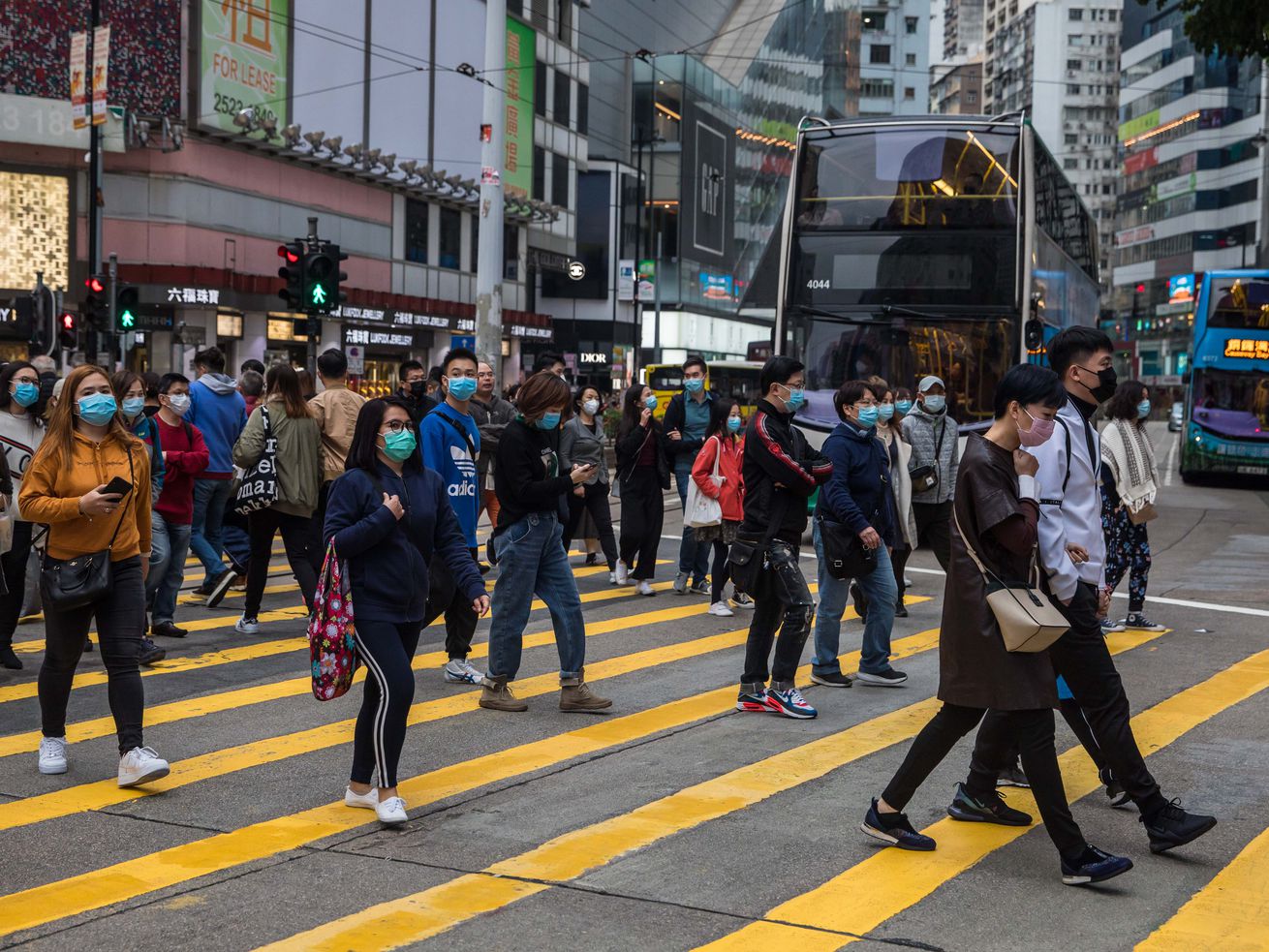 Why it’s so frustratingly difficult to know how bad it will get.

In the past 24 hours, the number of cases of the new coronavirus originating in Wuhan, China, nearly doubled to more than 4,400. Since the outbreak was announced on December 31, the virus has taken the lives of 107 people.

Less than four weeks into the outbreak, fear about how bad this could get is spreading faster than the virus. And with good reason.

While the vast majority of cases and deaths are occurring on mainland China, 2019-nCoV has already made its way to at least a dozen other countries, including the US, Germany, and Canada. People are buying face masks. Markets are on edge. Cities and countries are responding with mass quarantines and travel bans. The whole thing feels a lot like the 2011 pandemic film, Contagion.

So how big could the outbreak get? Is this the next pandemic — a disease that spreads globally?

An answer to this question requires knowing the answers to two other questions: How easily does the 2019-nCoV spread from person to person, and how deadly is the virus? At the moment, scientists only have informed guesses, which are likely to solidify in the coming weeks and months. But what we know so far is instructive.

With every disease outbreak, epidemiologists try to figure out how far — and how fast — a virus is likely to spread through a population. To do that, they use the basic reproduction number, called the “R naught,” or R0.

Most simply, the figure refers to how many other people one sick person is likely to infect on average in a group that’s susceptible to the disease (meaning they don’t already have immunity from a vaccine or fighting off the disease before).

The R0 is super important in the context of public health because it foretells how big an outbreak will be. The higher the number, the greater likelihood a lot of people will fall sick.

Measles, the most contagious virus researchers know about, can linger in the air of a room and sicken people up to two hours after an infected person who coughed or sneezed there has left. If people exposed to the virus aren’t vaccinated, measles’ R0 can be as high as 18.

Ebola is much less efficient: Its R0 is typically just 2, since many infected individuals die before they can pass the virus to someone else.

Now, here’s a big caveat: The R0 is not “something that is fixed,” said Marion Koopmans, who studies emerging infectious diseases and heads the department of virology at Erasmus Medical Center in Rotterdam, Netherlands.

Diseases behave differently in different environments, depending on factors like population density and susceptibility to a disease in a population. For example, in the case of norovirus — that nasty and highly contagious bug infamous for causing outbreaks of stomach flu on cruise ships — the R0 estimates vary depending on whether the outbreak is contained in one place (like a hospital) or spread more widely.

Some individuals are also more contagious — and have a higher R0 — than others, because of their viral load, for example, or the airflow in the building where they’re sick. (The folks who are especially contagious are known as “super-spreaders.”)

What we know about how easily the new coronavirus spreads

With these caveats in mind, here’s what we know about the R0 for the new coronavirus. According to a preliminary estimate from WHO, at the moment, each individual infected with 2019-nCoV has transmitted the virus to an average of 1.4 to 2.5 others. That would make 2019-nCoV less contagious than SARS, which had an R0 of 3, but more contagious than seasonal flu.

That’s just the WHO’s word. There are literally dozens of estimates about 2019-nCoV’s R0 floating around, from research groups around the world. And different research groups use different statistical models, assumptions, and data to plug into their models.

We've updated our transmissibility assessment for #nCoV2019! R_0 estimates (based off of publicly reported confirmed cases through 1/26/20 & subject to change) remain ~stable, now ranging from 2.0 to 3.1.
Pre-print will be updated soon: https://t.co/8AX2qNS4hN
See thread below. https://t.co/VUUCWxyF6l pic.twitter.com/WizruEphhi

Preliminary R0 (number showing how contagious / transmissible a pathogen is) for #Wuhan #nCoV2019 novel #coronavirus: 1.4 - 2.5. Here are the figures for other diseases #SARSvirus #MERS & their case-fatality rates to put things in perspective #新型冠状病毒 #SciComm #globalhealth pic.twitter.com/n7RUdgGetQ

If one narrows the estimates to some of the world’s top epidemiological modeling labs — like Maia Majumder’s at Boston Children’s Hospital or Christian Althaus’s at the University of Bern or Jon Read’s at Lancaster — the range looks a lot smaller: 2 to 3.8. That would make the new coronavirus at least as contagious as seasonal flu and potentially more contagious than SARS.

“Given the recent emergence of this disease, the very limited data available, and the very different methods employed for estimation, the consistency of these estimates is remarkable,” Toronto epidemiologist David Fisman told Vox over email.

Still, it’s early days. “It’s difficult or impossible to get an accurate R0 at the beginning of an epidemic,” said Daniel Lucey, an infectious diseases physician and adjunct professor of infectious diseases at Georgetown University Medical Center. We don’t yet know exactly when or how the outbreak began, where it’s spread, or how many people are sick. Only in the coming weeks — as researchers gather more data on how the virus is moving — will they be able to refine the R0.

For now, though, there are a couple of things they can say. “Because it’s above 1, that means we know it can cause sustained transmission in humans,” said Maia Majumder, faculty at Boston Children’s Hospital’s Computational Health Informatics Program. An R0 below one means an outbreak is likely to burn out. But, “Just because the number is high [like SARS’s R0 or the upper end of the current 2019-nCoV estimate] doesn’t mean it’s going to cause a massive pandemic.”

“We do have good examples of high reproductive number diseases like SARS,” Majumder added. “It had no vaccine, no specific care approach, and we still managed to get the situation under control.” That’s because the R0 can’t account for all the interventions public health officials put in place, like antivirals or infection control measures in hospitals.

So even as the R0 evolves in the coming days, and even if it gets higher, that doesn’t necessarily mean the outbreak will grow into a pandemic.

What we know about how deadly the coronavirus is

Next to the R0, the other most important way to understand how bad an outbreak could get is the case fatality rate, or CFR. In simple terms, it’s the proportion of deaths a disease causes within a group of people who have the disease.

Here, too, there are problems with arriving at a solid estimate at the moment. To have a firm understanding of the CFR, you need to know how many people in a population have the virus, and among those, how many die.And early on in outbreaks, we don’t often know.

That’s because the sickest are usually the ones who show up at doctor’s offices and in hospitals. But there may be hundreds or thousands of others with the virus who never show symptoms, or never bother going to see a doctor because they’re not very sick. (That’s why the CFR can often look much worse in the early days of an outbreak.)

Getting an accurate CFR would require a survey of the Chinese population to find out who has antibodies for the virus, said Majumder, including the folks who didn’t even know they had it. That’ll give experts the denominator — the real case toll — in the CFR equation. “Until we’ve done [that] — and I’m sure it’ll happen sometime in the future — there are going to be some people that have mild infections or are asymptomatic infections that we’re not picking up.” Plus, there are many people with the infection in limbo in hospitals, who may or may not survive the pneumonia that comes with it.

So while there’s a great hunger for clarity about how bad the outbreak will become, frustratingly at this stage, researchers need time to work that out.

In the meantime, there’s a tendency for speculation to fill the vacuum. For example, there’s a lot of guesswork about the case fatality rate for the new virus. A bunch of people are taking the number of deaths this disease has caused and dividing that by the number of cases diagnosed, Majumder said. (As of this writing, that’d be 106 divided by 4,629 — for a CFR of 2 percent, making this virus less deadly than SARS or whooping cough and more deadly than the seasonal flu.)

But again, it’ll be a while before we know the true number of cases and have a clear picture of the deaths.

Here is what we know for sure: While more than 100 people have died in this outbreak so far, seasonal flu kills between 250,000 and 650,000 people annually. For most people, “you’re probably more likely to be catching flu than you are to be getting coronavirus,” said Devi Sridhar, chair in global public health at the University of Edinburgh.