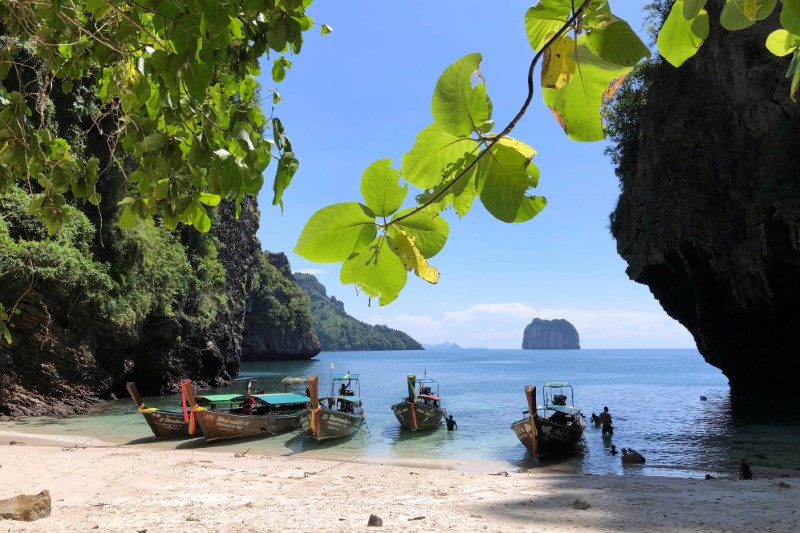 BANGKOK (Reuters) - Thailand saw slower growth of foreign tourist arrivals of 4.2% last year and the outlook for a lucrative industry is weighed by strength in the baht and China's new coronavirus at a time of faltering economic growth.

Tourist receipts account for about 12 percent of Southeast Asia's second-largest economy, making it one of the most important drivers of growth for an economy that has lagged most regional peers for years.

Foreign tourist arrivals hit a record 39.8 million last year - equivalent to more than half of Thailand's population - after a rise of 7% to 38.2 million in 2018, when a boat accident killed dozens of Chinese tourists, tourism ministry data showed.

The growth in foreign arrivals had slowed and missed a government target, and industry operators have blamed that on the strong baht, Asia's top performer last year.

The baht rose nearly 9% against the U.S. dollar and about 11% against China's yuan last year.

Kasikorn Research Centre on Friday predicted the number of Chinese tourists may fall 0.5%-2.0% this year, rather than the 1.6%-3.5% increase projected earlier.

China's coronavirus has added to the concerns. Thailand on Friday confirmed its fifth case of the virus and Saturday's start of the Lunar New Year holiday is expected to bring an influx of Chinese travelers.

"That is unlikely to help an already-slowing economy," he said adding he expected the central bank to cut its policy rate by a quarter point in the first quarter.