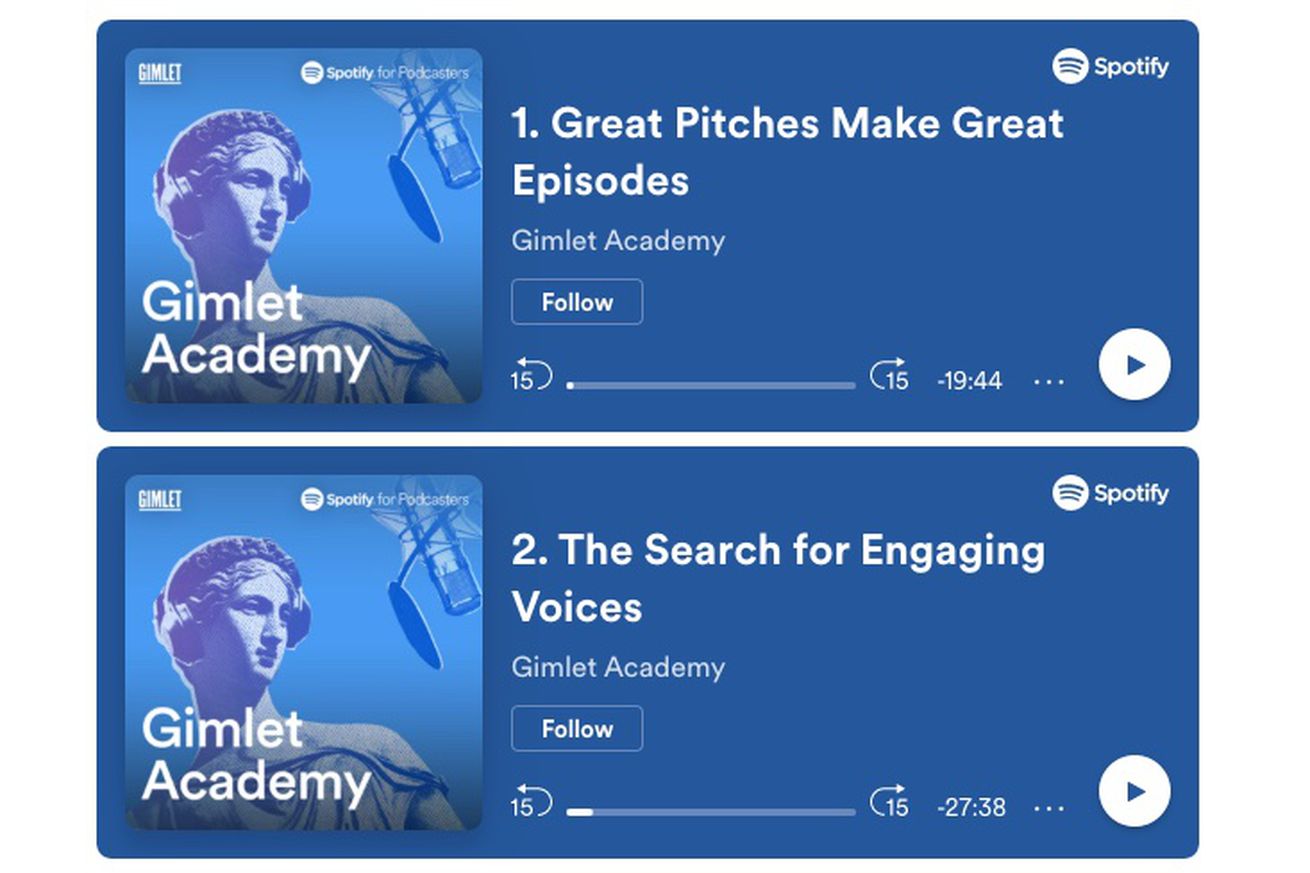 Spotify’s going all-in on podcasting, which means it needs more people to make shows. In an effort to demystify the podcasting industry and encourage people to pursue their own, Spotify today released a new five-part series about how Gimlet Media, the maker of shows like Reply All and Heavyweight, creates its programs.

Hosted by Gimlet co-founder Alex Blumberg, Gimlet Academy walks wannabe podcasters through the process of creating a show, including how to pitch an idea, identifying and capturing “good tape,” and putting a full story together. Spotify says the show was initially only available to Gimlet employees, although it’s unclear if it existed in exactly this form. Regardless, it makes sense Spotify would release a creator-centric show, given that it’s made the creation of new shows a focus.

At the same time Spotify bought Gimlet last year, the company also acquired Anchor, an app to make recording and releasing a podcast easier. It released more intense podcast creation software through another company it previously acquired called Soundtrap a few months later. It also launched its Spotify for Podcasters platform more formally last year to give podcasters on its platform the ability to learn more about their audience.

Spotify is giving people the tools, platform, and wisdom to build their shows, now all it has to do is help them monetize. If it can, it’s built a podcasting ecosystem fully dependent on Spotify’s existence.