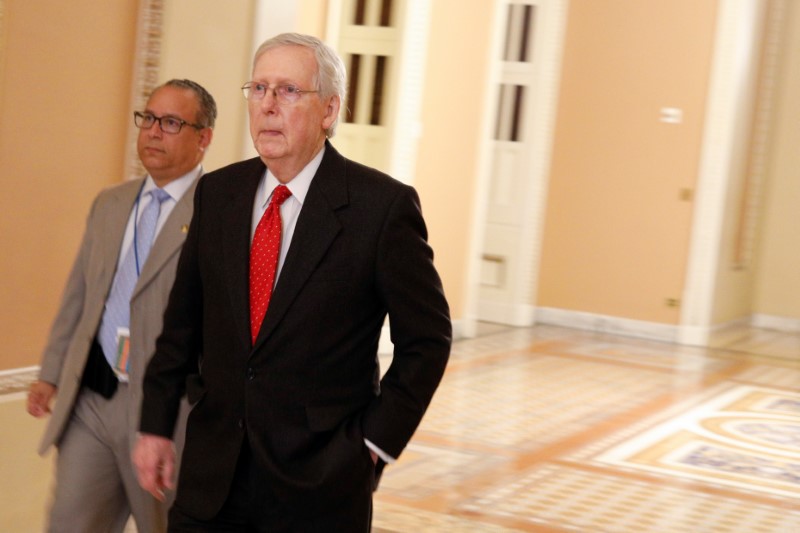 WASHINGTON (Reuters) - The U.S. Senate voted early on Wednesday to approve rules governing the impeachment trial of President Donald Trump, including delaying a debate over whether to call witnesses until the middle of the trial.

With Republicans banding together, the Senate voted 53-47 to adopt the trial plan, which allows opening arguments from House lawmakers prosecuting the case to begin later on Wednesday.