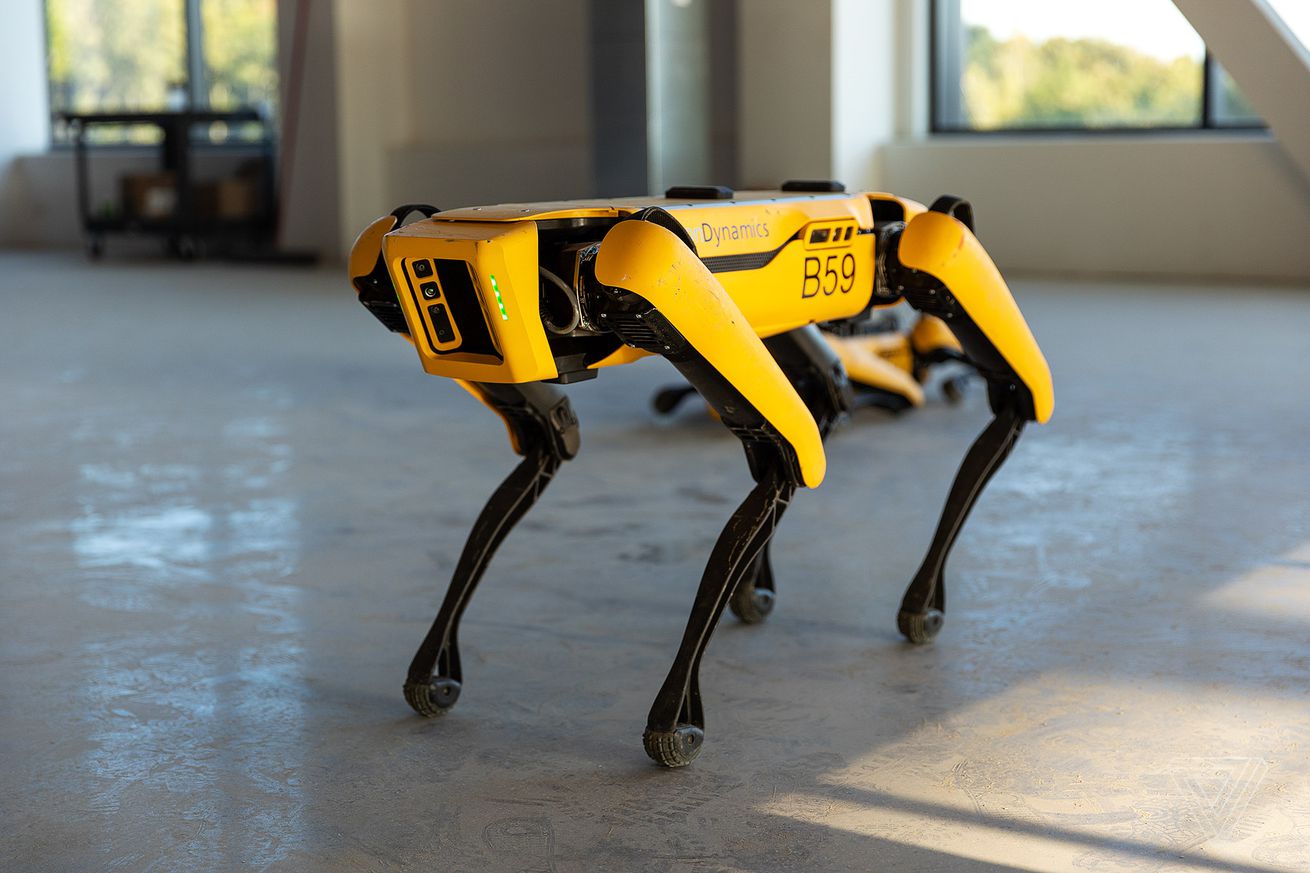 Photo by Becca Farsace / The Verge

Boston Dynamics, the creator of the internet’s favorite robot dog, is announcing a new CEO and developer conference as it begins selling its robots more widely.

Marc Raibert, who founded the company in 1992 and served as CEO until late last year, is taking on the role of chairman, while Rob Playter, the former chief operating officer, is moving to CEO.

Advanced robots like Spot are moving into new industries and roles

Raibert, a veteran engineer, has been the public face of Boston Dynamics for many years and is well-known in the conference circuit for his lively presentations and livelier Hawaiian shirts. Raibert has led decades of research and development at the company, which began leasing its first commercial robot to businesses, the four-legged Spot, late last year.

The change is being made to prepare the company for a “new stage of growth,” said Boston Dynamics’ VP of business development, Michael Perry. Currently just 100 Spot units are being used in the US and abroad.

“Marc is stepping into a more strategic role,” Perry told The Verge. “He’s been promoted to chairman to focus on the long-term direction of the company and look after a few special projects that he’ll have more to say about in months to come.”

In addition to the personnel change, Boston Dynamics is also making its software development kit (SDK) for Spot available to all developers. Previously, the SDK could only be accessed by those signed on to Spot’s Early Adopter Program; now, any interested parties can start designing new functions and payloads for the robot.

Boston Dynamics has always said its machines are less about solving specific tasks than providing a modular mobile platform. Current payloads for the robot include a gripper arm and 3D scanner, and Spot is currently being tested in a range of roles, including industrial inspection and law enforcement. This latter placement has been criticized by the American Civil Liberties Union (ACLU), which says law enforcement groups were not being open about how they planned to use this technology.

To show off new functions for Spot, Boston Dynamics will be holding its first developer conference in Boston this year on May 12th and 13th. The conference is called Actuate, and it will include demos, customers presentations, and workshops.

“We’re aiming to start small with just 200 people from our customers who are already part of the Early Adopter Program,” said Perry. “We’re excited to get our sensor providers, software developers, and end-users together so they can learn from each other and learn from us.”

As part of Boston Dynamics’ well-established marketing outreach on YouTube, the company has also leased a Spot unit to presenter and designer Adam Savage to be demoed over the course of a year as part of Savage’s Tested series.

It’s an interesting development considering that videos of the company’s robots are met with a mixture of fear and awe online. As Spot starts taking on new jobs and interacting more frequently with the public, Boston Dynamics needs to ensure its creations aren’t seen as scary or oppressive. A series of videos with Savage could help soften Spot’s image.