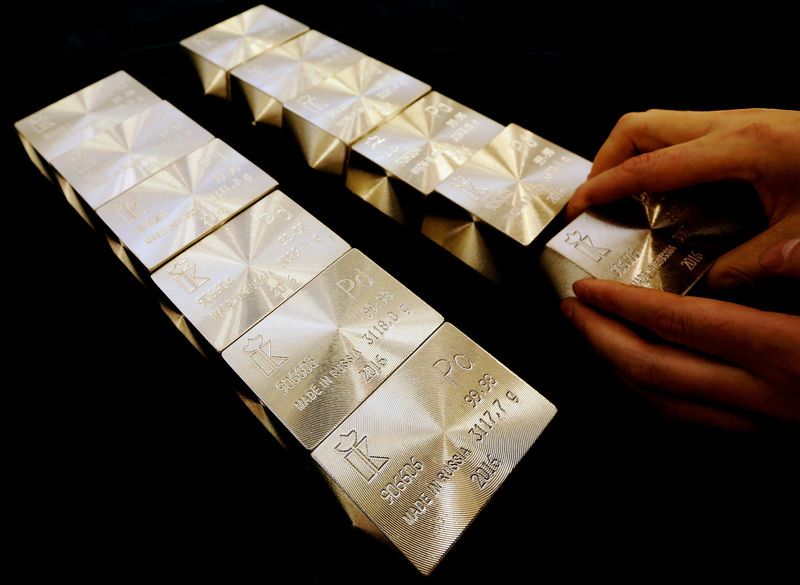 Palladium looked set to extend its record-breaking rally even as investors mulled whether the metal has rallied too high, too fast.

Prices flipped to gains after initially falling almost 3% Monday, despite technicals continuing to signal that a pullback may be due. The metal reached a fresh all-time high of $2,548.20 as tight supply conditions show little signs of easing.

The metal’s surge is rooted in positive fundamentals, with production trailing demand as stricter emissions standards boost consumption by carmakers, and as uncertain power systems in South Africa worsen supply constraints. Another factor is that producers don’t have the capacity to boost output easily in response to price increases because palladium is largely mined as a byproduct. The cost to borrow palladium has jumped to the highest in over a year.

Palladium is in a “real sweet spot” of recovering industrial production globally, improving demand due to strong car sales, and constrained mine supply, said Wayne Gordon, executive director for commodities and foreign exchange at UBS Global Wealth Management. Also, the level of substitution has been less evident than expectations given its price relative to platinum, he said.

“Setbacks after these sort of rallies, given the very thin nature of volumes in the market, isn’t that surprising,” Gordon said by phone. “If industrial production surprises to the upside, and so does autos’ demand, well, then palladium can get a heck of a lot tighter.”

The speed and scope of the gains are surprising even the most seasoned market watchers, with some warning that prices may have gone too high, too fast. Still, most continue to point to a bullish outlook on robust demand and constrained supply.

The metal’s technicals are stretched, with the 14-day relative strength index topping 90 for a second day. A number above 70 signals to some traders that an asset may be overbought, although palladium has held above that level for two weeks without a pullback.

Spot palladium traded 2% higher. So far this year, the metal has surged 31%.