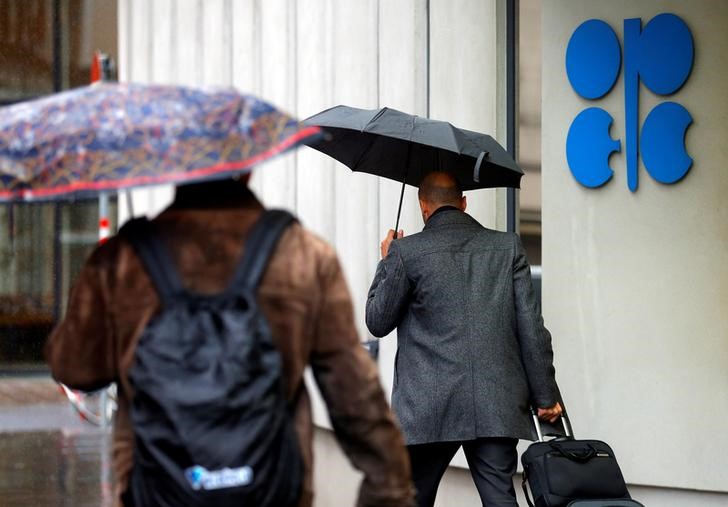 Investing.com - Oil prices managed a modest rebound on Tuesday from Monday's sharp losses, as traders weighed talk that OPEC may look to limit crude supply against fears of a substantial hit to demand from China, the world's largest importer.

The report added that members are also discussing deepening the cuts if oil prices or demand should fall significantly on the coronavirus outbreak.

And a drop in demand is very likely.

Barclays (LON:BARC) expects transitory oil demand erosion of about 0.6-0.8 million barrels per day in the first quarter of this year, or 0.2 million b/d for the full year.

"If air passenger traffic in China declined by half in first quarter of 2020, it would likely lead to a 300,000 barrels per day year on year decline in jet-kerosene demand from China," the bank said, in a research note.

The bank sees a $2 per barrel downside to its full-year Brent and WTI forecasts of $62 per barrel and $57 per barrel, respectively.

Later Tuesday the API will release its weekly inventory report, and market expectations are that U.S .crude oil inventories increased by 300,000 barrels over the week. These figures are due at 4:30 PM ET (2130 GMT).

So far the death toll from the new strain of coronavirus has reached 106, while the number of total confirmed cases in China surged to 4,515, the country’s National Health Commission said. All but six of those to die were in Wuhan, the city where the disease was first noticed.

The Chinese government has sealed off entire cities, isolating some 50 million people, and severely curtailed transport systems in the hope this will curb the spread of the disease.

Even so, cases have also been confirmed in several countries in the Asia-Pacific region as well as Europe and North America.