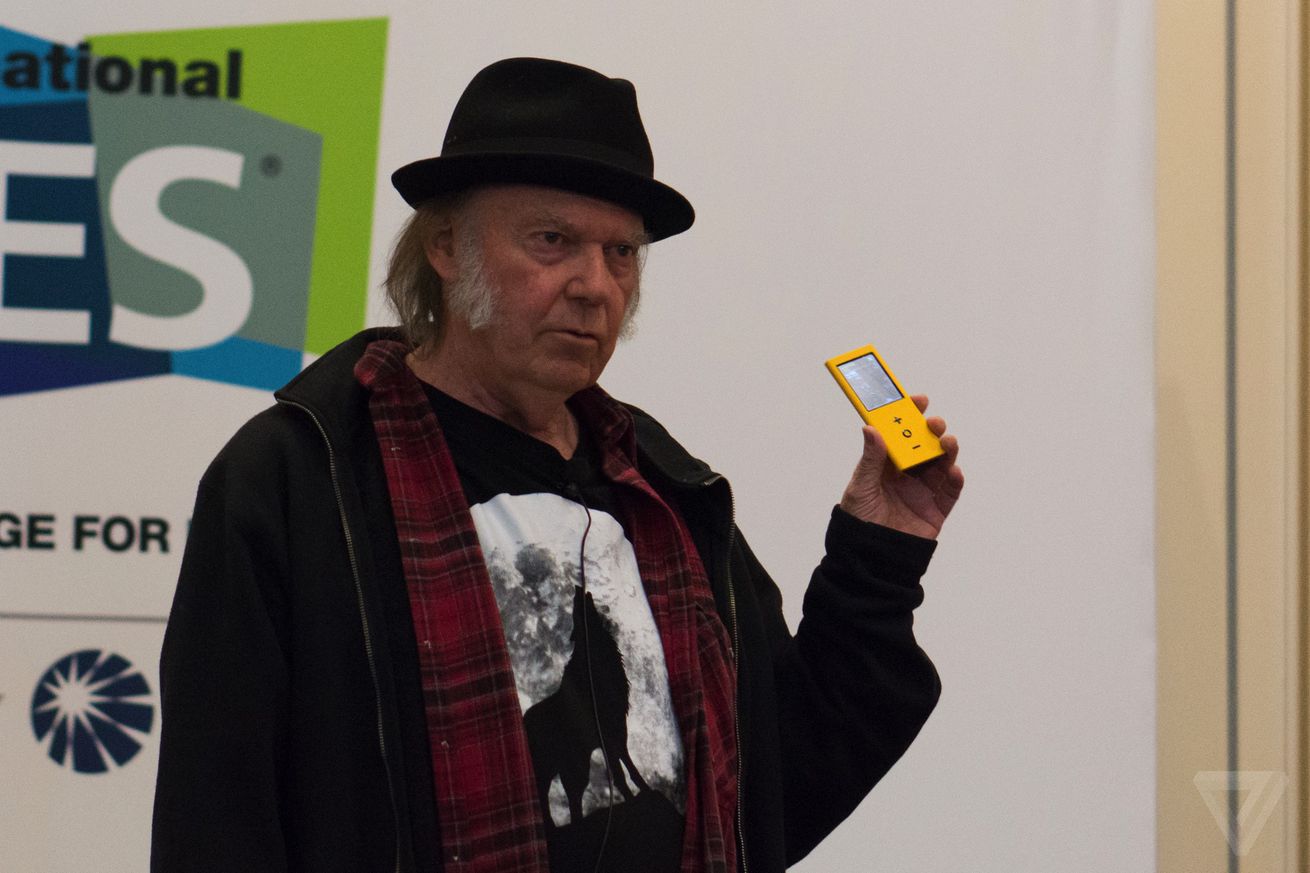 Musician Neil Young and tech executive Phil Baker have been trying to push the tech industry to make it easier for consumers to listen to high-quality audio for almost a decade now. The duo’s hi-res music player Pono aimed to fix problems they said plagued MP3 players like the iPod and music software like iTunes — including compressed, lossy, and low-fidelity audio files that were not similar enough to their original recordings.

But five years after the Pono was released, Young believes the tech industry has still not advanced enough for consumers to easily listen to high-resolution audio. Their new book, To Feel the Music: A Songwriter’s Mission To Save High-Quality Audio, details the hurdles they had to overcome to create the Pono as well as what the tech industry should do in order to get consumers to realize what they’re missing with streaming and “CD-quality” music.

In an interview with The Vergecast, Young tells Verge editor-in-chief Nilay Patel that even though Grammy-winning artists are able to make music almost anywhere they go on their laptop or mobile devices, they’re still sacrificing on audio fidelity.

Below is a lightly edited excerpt of that conversation.

What’s the problem with teenagers in bedrooms writing hits?

Well, they’re starting on a MacBook, recording straight to MP3.

Yeah, I know. But if that’s what they want to put out as a record, that’s a problem.

Right. But I’m saying... I’m looking at the new 16-inch MacBook Pro. Apple gave me a review unit. They said, “Look at all of the artists who use this thing with GarageBand to start.” But you’re saying that shouldn’t be where the recording starts?

It’s a piece of crap. Are you kidding? That’s Fisher-Price quality. That’s like Captain Kangaroo, your new engineer. A MacBook Pro? What are you talking about? You can’t get anything out of that thing. The only way you can get it out is if you put it in. And if you put it in, you can’t get it out because the DAC is no good in the MacBook Pro. So you have to use an external DAC and do a bunch of stuff to make up for the problems that the MacBook Pro has because they’re not aimed at quality. They’re aimed at consumerism.

That’s what Steve Jobs told me. He told me that exact thing: “We’re making products for consumers, not quality.” So they don’t want audio quality. They don’t want to spend a lot of time on that. Audio quality — for your reference and for anybody else that’s listening — is deeper than visual quality.

You can look at things and think you’re seeing everything with a hi-res whatever you’re looking at in a picture. But true audio dimension is so deep, and there’s so much data there if you want to capture it all — in the echo and the softness and the loudness and the difference as things are decaying and getting smaller and smaller as they go away. That’s part of the beauty of sound, and the beauty of music based on that is that you can hear all of the detail.

Now, when you talk about doing that on a MacBook Pro, it makes me barf. This is where we are.

But I see so many artists... we talk to artists, we interview them. We did a video with a guy who won lots of Grammys, works for lots of people, and he’s like, “I assemble samples in the back of my car using my MacBook Pro. I love it. This is how music is made.”

I’ve never won a Grammy for music, so I wouldn’t know about that quality.

Sure. I’m just saying, we talked to the people who are making the money, and they’re like, “I assemble samples on my MacBook Pro.”

The older technology used to give you a reflection of it so that you could still feel it. Today, it’s reconstituted. It’s poorly sampled. It’s garbage that has less bits to save people memory, which is not even relevant anymore. We have so much memory we’ve got it coming out of our ears. Yet we’re still saving memory, saving quality, so we can store more crap. It’s just we’ve gone down this bad street, and we’re way down. So if you talk to somebody about quality and they’re using anything from that, they’re not going to hear it. They’re going to hear today’s quality. And they may be great as far as today’s quality goes, but to me, it’s just like it doesn’t matter.